Ministers have been accused of “hypocrisy” after admitting funding disabled people’s organisations (DPOs) in developing countries to produce critical reports for the UN on their own governments, but refusing to fund DPOs for similar work in the UK.

The shadow reports are a vital part of the process of implementing the UN Convention on the Rights of Persons with Disabilities (UNCRPD).

But the process of preparing shadow reports in the UK has been hampered by a lack of funding for DPOs.

Equal Lives – formerly known as Norfolk Coalition of Disabled People – submitted evidence to an inquiry by the Commons international development committee earlier this year, in which it criticised the government’s “problematic” failure to fund DPOs but instead contract out its “disability interventions to NGOs [non-governmental organisations] directed by non-disabled people”.

The committee’s subsequent report on disability and development concluded: “Finally, and crucially, DfID [the Department for International Development] should ensure disabled people have a central role in its work. It should step up its support for disabled people’s organisations.

“It should also ensure disabled people participate fully in the design and delivery of DFID’s own programmes.”

The report pointed out that DfID had set up an advisory group, but then peopled it with representatives of non-governmental organisations (NGOs) rather than DPOs, while nearly all DPOs in developing countries were unable to secure DfID funding directly, but only indirectly through NGOs.

In its response to the report, DfID said it was working with the Office for Disability Issues to “identify UK DPOs with significant experience in developing countries” to join its advisory group.

It said it currently supported more than 400 DPOs in developing countries, which was “vital for participation, voice and consequently for improved development outcomes for people with disabilities”.

But DfID said it tended to route much of this support through “intermediary” organisations such as the charity Sightsavers because many of these local DPOs were “small organisations which require significant organisational development support”, and the intermediaries were “significantly better placed than DFID to provide technical and mentoring support to DPOs as well as funding and small grant management”.

Mark Harrison, chief executive of Equal Lives, challenged the Liberal Democrat international development minister Lynne Featherstone on the government’s “inadequate” response to the committee’s report during a meeting at DfID earlier this summer.

Harrison was told that DfID was funding DPOs in developing countries to write shadow reports criticising how their own governments had implemented the UN convention.

He told Featherstone and her civil servants: “We tried to get UK money from the UK government and from the Equality and Human Rights Commission to write a shadow report and we were turned down by both of them.”

Harrison subsequently told Featherstone in a letter that the current and previous government had excluded UK DPOs “from any meaningful engagement with DfID over the last seven years”, in favour of non-user-led organisations, a move which was “against the spirit and letter” of UNCRPD.

Harrison told Disability News Service (DNS) that the UK government was guilty of “hypocrisy”, as DWP had failed to fund cash-strapped DPOs in the UK to prepare a shadow report, and that that position “sums up [the government’s] attitude to disability”.

He said: “They are not prepared to put themselves under scrutiny of DPOs on domestic issues.”

He added: “That is why the UN has an investigation running into human rights abuses of disabled people. It is perfectly consistent with the UK government’s contempt for DPOs.

“All their funding for disability and development is channelled through organisations for disabled people, either disability charities or mainstream NGOs.”

DNS has been able to confirm that many of the DPOs are funded by DfID – through intermediaries – to take part in human rights monitoring processes, including the production of shadow reports on the implementation of UNCRPD.

But despite repeated DNS attempts to clarify the situation, DfID has refused to comment or say how many of these DPOs have DfID funding allocated to help them prepare shadow reports.

A Department for Work and Pensions spokesman said: “The position of DPOs in developing countries and the UK is not comparable in terms of resourcing or capacity.

“We support over 400 fledgling DPOs in developing countries to help build their capacity. In the UK there is already a wide range of well-established DPOs and we also continue to fund many of them financially.” 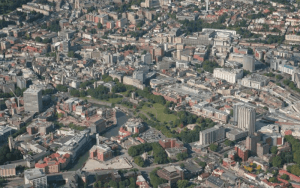