You are here: Home / Independent Living / Government ‘has made no proper blackout plans’ for disabled people 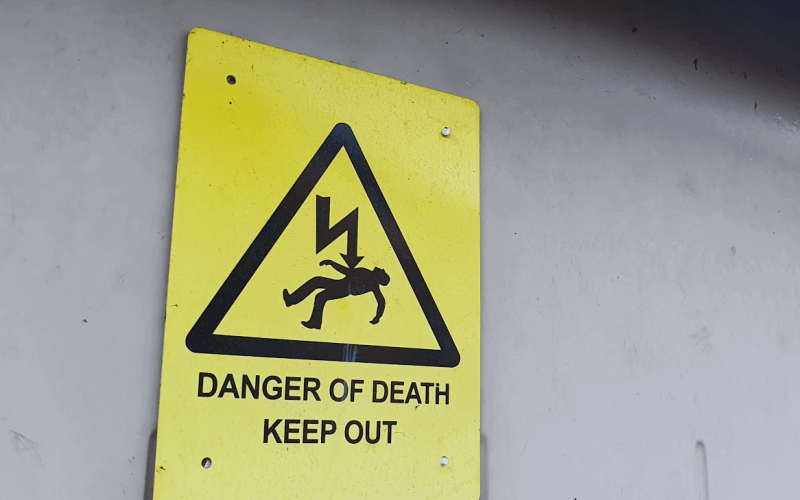 Government departments and power companies have been unable to show any detailed preparations they have made to protect people who need electricity to run lifesaving medical equipment in their homes, and which could be affected by blackouts this winter.

Neither the Department for Business, Energy and Industrial Strategy (BEIS) nor the Department of Health and Social Care (DHSC) have been able to point this week to any preparations they have made for possible three-hour blackouts this winter.

In a repeat of the early weeks of the pandemic, the government appears to have failed again to take measures to protect disabled people at a time of national emergency.

Its apparent failure came as disabled people told Disability News Service (DNS) of their concerns about the impact of possible blackouts.

DNS has been trying since last Friday to find out what plans are being made to ensure disabled people who rely on equipment such as ventilators and home dialysis machines, or fridges for insulin, can keep running them if their power goes out for long periods.

DNS first approached each of the six distribution network operators (DNOs)* whose responsibility it is to ensure customers dependent on medical equipment are protected during blackouts.

These companies referred DNS to their industry body, the Energy Networks Association (ENA).

But ENA said only that the six networks would “make every effort” to support disabled customers and those with long-term health conditions who were signed up to their Priority Services Registers by warning them when their power was about to be cut off and “signposting” them to support.

ENA also said that customers who require a continuous supply of electricity for medical reasons during a power cut should “seek advice from their local health service provider”.

Its website says such customers “often have backup power sources to keep vital equipment powered for several hours during a power failure”.

The regulator Ofgem says on its website that DNOs “could provide heating and cooking facilities” to those on the register if their power is cut.

When asked for further details of what support their “local health service provider” might be able to offer, and how confident it was that its members would be able to protect all disabled customers in the event of widespread blackouts, ENA referred DNS to BEIS.

DNS contacted both BEIS and DHSC.

BEIS also initially failed to respond, but two days later a spokesperson released a statement that provided no details of any plans to protect disabled people who rely on medical or independent living equipment.

In background information provided to DNS, BEIS pointed to membership of the Priority Services Register, even though all this is likely to offer in the event of a blackout is to warn those signed up of an impending blackout, provide heating and cooking facilities to some customers – although it is not clear how many this could be offered to – and signpost customers in vulnerable situations to support.

One power company this week suggested that this signposting would include being referred to the Red Cross for “hot meals and drinks”.

The BEIS background information also stated that those who need a continuous supply of electricity for medical reasons should seek advice from their local health service provider, the same advice provided by ENA.

And BEIS appeared to suggest that most customers who rely on medical equipment in their homes would have backup power sources to keep that equipment functioning during a power failure.

BEIS declined to say how confident it was that it would be able to protect all those disabled customers who need electricity to run life-saving equipment in the event of large-scale blackouts this winter.

Instead, in a statement, a BEIS spokesperson said: “The Priority Services Register is a free support service to ensure vulnerable domestic energy consumers and those with special requirements have access to additional support in the event of a supply disruption.

“The UK has a secure and diverse energy system. We are confident in our plans to protect households and businesses, including vulnerable households, in the full range of scenarios this winter, in light of Russia’s illegal war in Ukraine.

“We continue to work closely with Ofgem and National Grid to prepare for the upcoming winter.”

The disabled Liberal Democrat peer Baroness [Sal] Brinton has told DNS she will be hoping to force the government to act through an amendment to the energy prices bill.

She said: “I’m laying this amendment because it has become clear to me that neither ministers nor the energy suppliers have proper plans to provide emergency support for those disabled and severely ill people who rely on energy supplies to power their life-saving equipment, in the event of large and prolonged power cuts.”

She said she was “frustrated but perhaps not surprised to discover the lack of planning” as “once again disabled people are being forgotten”.

Meanwhile, disabled people have told DNS of their reliance on powered equipment in their homes, and their concerns at the lack of preparations for possible winter blackouts.

Michael, from Surrey, will probably not have the option to leave his home to keep warm if there is a power-cut as he is housebound if he does not have assistance.

He also needs electricity for his stairlift to go downstairs for food or upstairs to use the bathroom.

He needs electricity for a machine to maintain consistent breathing when he is sleeping, and his stock of insulin needs to be kept in the fridge.

Michael, who is 57, nearly died in the pandemic after spending four weeks in hospital with Covid in the first wave of the virus, which has left his lungs and body “fragile”.

He said: “My main concern is lack of heating should the temperature drop. This could be life threatening to me, I believe.

“I am home alone the majority of the time. The combination of the cold, diabetes, ME and morphine-induced drowsiness could be fatal.”

Dave Wood, from Mansfield, said he needed electricity to charge his electric wheelchair, to power his riser-recliner chair, and for his fridge, where he keeps medication that costs the NHS £2,500 per injection.

He also needs electricity to run his gas central heating, which is vital because he has a heart condition and cannot regulate his body temperature well, while he also has osteoarthritis.

He is on the Priority Services Register, but he said: “I haven’t had any communications from my energy supplier about how I as a vulnerable customer would be affected or what I should be doing if (when) the blackouts happen.”

He said he did not believe there were enough generators in the UK for those who would need them in a blackout, which he believes could be hundreds of thousands of homes.

He said: “There is no way they will have the engineers ready to supply, fit, test and maintain them all.”

He is trying to prepare for potential blackouts by spending hundreds of pounds on equipment such as phone-charging power banks, thermos flasks, draft excluders, torches, good quality candles, and food and snacks, as he does not have confidence in the preparations being made by the energy companies and the government.

He said: “Our plan is to shut ourselves in a single room and make sure we try to keep the door closed as much as possible to retain the heat.”