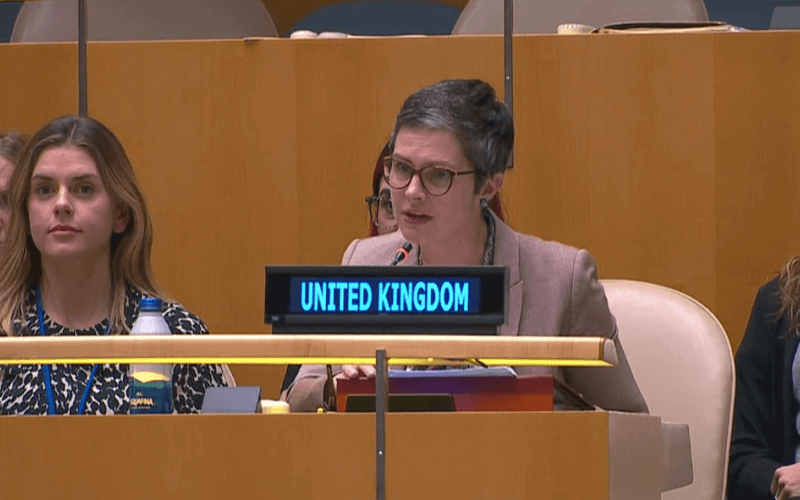 The government has “paused” some of its disability policies after being told by a court in January that its National Disability Strategy was unlawful.

In a letter sent out to stakeholders this week, and in a statement to parliament, the minister for disabled people, Chloe Smith, said the government had accepted that it needed to pause a “limited number of policies” that are referred to in the strategy or are linked to it.

She said this decision had been taken to “minimise the risk of acting inconsistently with the Court’s declaration”.

Smith said the government was still waiting for a decision from the Court of Appeal on whether it will be allowed to appeal the high court’s ruling.

The high court ruled in January that both a botched national consultation – carried out under the previous minister for disabled people, Justin Tomlinson – and the strategy itself were unlawful.

The court had found that the consultation, launched early last year through a national survey, had made it “impossible” for disabled people to “shape” the content of the strategy.

The court concluded that thousands of disabled people who took part in the consultation were not given enough information about the government’s proposed strategy to allow them “intelligent consideration and response”.

The government had argued that the survey was just an information-gathering exercise.

This week’s letter and statement coincided with Smith’s visit to New York for the 15th session of the Conference of State Parties (COSP), in which states signed up to the UN Convention on the Rights of Persons with Disabilities (CRPD) meet to discuss the treaty’s implementation.

In her letter, Smith says the government’s ambition is to “deliver long term change through practical actions and wide-ranging policies across government which enable disabled people to live full and independent lives”.

But three examples that she uses to show the government is “delivering on this ambition” have been exposed as either misleading or tokenistic.

She points firstly to figures showing there are 1.3 million more disabled people in employment than in 2017 and to a narrowing of the disability employment gap since 2013.

But analysis of those figures by academics – shared repeatedly with the government – shows they are “meaningless” when it comes to the inequality disabled people face in the jobs market.

This is because what has driven the increase in disabled people in employment since 2017 has been the level of overall employment – which is determined by the economic cycle – and an increase in the proportion of people describing themselves as disabled.

The research – by the [email protected] group of researchers – shows that, once account is taken of the increasing disability prevalence rate, there has been no improvement in the disadvantage faced by disabled people in the employment market since 2013.

Her letter also mentions how the government has supported the introduction of both the British Sign Language Act and the Down Syndrome Act – both introduced as private members’ bills – this year.

But the British Sign Language Act has been described as “a token bill that the government are using to look good without costing anything” by some Deaf activists, although it has secured support among many other Deaf people.

Although it recognises British Sign Language as a language in England, Scotland and Wales, it provides BSL-users with no new rights.

The Down Syndrome Act has been criticised as “weak and unnecessary and at worst divisive” by campaigners with learning difficulties, although it has been welcomed by some prominent public figures with Down syndrome.

Smith’s letter appears to confirm concerns that the government’s decision to support both bills would be used as evidence to show it was acting to improve disabled people’s rights, despite the weakness of both pieces of legislation.

Smith referred to the British Sign Language Act – without mentioning that it had not been a government bill – as evidence of the government’s commitment to implementing CRPD, when she read out a statement to COSP on Tuesday.

She also referred to the government meeting its “one million more disabled people in employment” commitment.

She said the government’s 19 Disability and Access Ambassadors were “using their expertise and influence in business, driving and supporting changes in access for disabled consumers and employees”, while the government’s Ministerial Disability Champions were “driving forward work on disability in their respective departments”.

Asked to comment on the pausing of policies from the strategy, a DWP spokesperson said: “The National Disability Strategy set out our ambition to improve the lives of millions of disabled people.

“We will do everything we can to limit the impact of this ruling on disabled people, but in order to ensure compliance with the court’s declaration, we are obliged to pause a limited number of policies which are referred to in the strategy or are directly connected with it.”

DWP is engaging with other departments over the strategy, and it aims to release more information in due course.