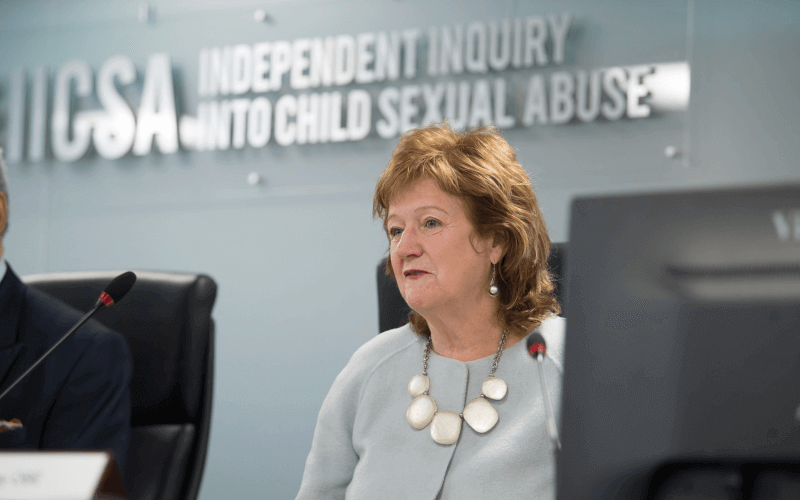 The government has used a freedom of information loophole to hide evidence that would show if a former senior civil servant – later arrested over two unconnected rape allegations – helped block laws that would have protected disabled people from sex predators.

The Department of Health and Social Care (DHSC) promised six years ago that it would pass “all known documentation” about the possible actions of Brian McGinnis to the Independent Inquiry into Child Sexual Abuse (IICSA).

But when Disability News Service (DNS) asked DHSC last year if it had kept its promise and passed the documents about the actions of McGinnis in the 1980s to the inquiry, it was told by the department’s press office to submit a freedom of information (FoI) request.

When it finally responded to the FoI request, it claimed it would be too expensive to provide the information.

DNS complained to the information commissioner about this response 12 months ago.

And now the Information Commissioner’s Office (ICO) has agreed with the government and rejected the DNS complaint.

The DHSC promise was made by one of the department’s press officers in August 2014.

DNS has argued that the simplest way to check if the documents were passed to the inquiry would be to check the email records of the press officer, and confirm which senior civil servant he spoke to and what action the department had subsequently taken.

Alternatively, DHSC could ask the inquiry to check its records.

But DHSC told the information commissioner that it would have to check thousands of paper archives to find out if it had carried out a search into the actions of McGinnis, what the result of that search had been, and if information had been passed to IICSA.

When DNS suggested that DHSC had taken advantage of a loophole in the Freedom of Information Act by failing to use the easiest and simplest way of obtaining the information requested, an ICO spokesperson said: “In terms of commenting on the legislation itself, you would need to ask government about that, we are the regulator and are responsible for making sure the law is upheld but we do not make it.”

“The Inquiry is due to complete its public hearings in December 2020 and no new or further investigations will be held after this date.”

The DHSC promise to pass on documents to IICSA was made in 2014 after concerns were raised that McGinnis may – in the 1980s – have helped to stop MPs tightening laws protecting people with learning difficulties and mental health conditions from sexual offences.

McGinnis was named in 2014 in a report into the activities of the disgraced TV presenter Jimmy Savile at Broadmoor hospital, as he was the senior civil servant in charge of mental health in the Department of Health and Social Security (DHSS) in 1986, shortly before Savile was appointed to a new board to run the hospital.

The report mentioned that McGinnis had “since been the subject of two allegations that have been made public”, which “arose in the course of his voluntary sector work with disturbed and abused children, and both cases were dropped without charge”.

Those allegations were made public in a news story written by DNS editor John Pring in Disability Now magazine in 2006.

McGinnis has always claimed to be innocent of the two separate rape allegations and insists that he is a lifelong “celibate”.

In 1985, the year before McGinnis left DHSS, MPs on the Commons social services committee had called for an “independent expert review of law and practice on sexuality and contraception in relation to mentally disabled people”.

But DHSS dismissed the idea in its response to the committee’s report, warning that “a major review might simply attract unwelcome, unhealthy and wholly disproportionate media interest without achieving any helpful consensus”.

It is believed that this response could have come from McGinnis or been influenced by him.

The review never took place, and law reform that would make it easier to secure convictions for rape and indecent assault of people with learning difficulties and experience of mental distress was delayed until 2003, when a new act introduced fresh offences and tougher sentences.

DNS was led to believe six years ago by the Department of Health (as it was known at the time) that any material it held on McGinnis that related to the DHSS response to the social services committee would be passed to the child abuse inquiry that had recently been launched by the Home Office.

It also claimed that it was examining its archives to check whether McGinnis had influenced the DHSS response in 1985.

It later confirmed that it was investigating whether McGinnis may have helped to block tougher legislation on sexual offences.

A DH spokesperson said in August 2014: “We are taking this issue very seriously and investigating whether there is any relevant material held on file.”

But DHSC is now claiming it would be too time-consuming to check its records to confirm if it did pass any documents to IICSA.

McGinnis, who became a special advisor for the charity Mencap after leaving the civil service, but left that role more than 10 years ago, has never been convicted, or even charged, with any offence.

But he has twice been arrested over unconnected rape allegations, one of which involved a child with learning difficulties at the notorious Betts Way respite home in Bromley, Kent, in the mid-1990s.

The arrests came in March 2001 and August 2005 and both resulted in McGinnis, who is now in his 80s and is believed to live in Shirley, Croydon, being released without charge.

He has always denied the allegations.

Until the allegations were publicised in 2006, he was an influential figure in the disability world, with links to a string of charities, learning difficulty organisations and his local church in Shirley.

Following his first arrest, Bromley council advised its staff to “disassociate” McGinnis “with anything related to children with learning difficulties and council services”.

Croydon council later told church authorities that McGinnis “should be suspended from duties that involved him working with children”, after being informed by Bromley council about the 2005 arrest. He had at the time been working with a children’s church group.