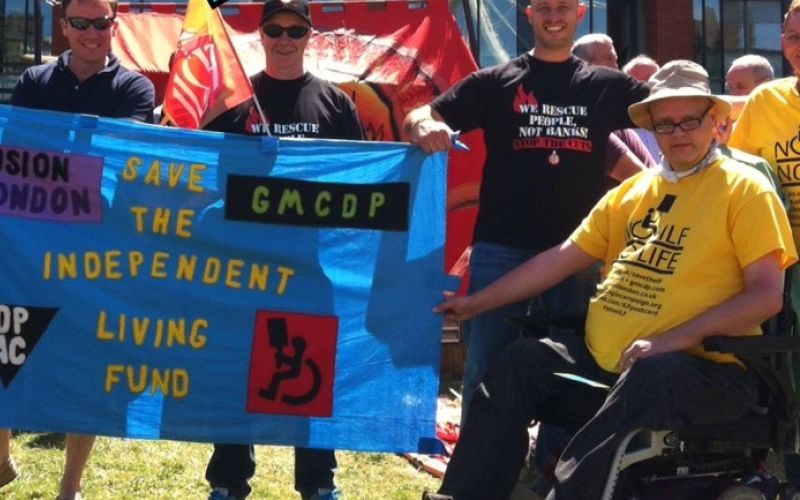 The government’s failure to ring-fence the funding it is handing to local authorities following the closure of the Independent Living Fund (ILF) is leading to a “postcode lottery” of support for former ILF-recipients, according to new user-led research.

Information secured by Greater Manchester Coalition of Disabled People (GMCDP) through freedom of information requests to Greater Manchester’s 10 local authorities has revealed that many councils are refusing to use the government funding to support the former ILF-recipients it was intended for.

ILF was funded by the Department for Work and Pensions (DWP), and by last year it was helping nearly 17,000 disabled people with the highest support needs to live independently.

But ministers decided it should be scrapped, promising instead that nine months’ worth of non-ring-fenced funding would be transferred to councils in England and to devolved governments in Wales and Scotland, to cover the period from its closure last summer to April 2016.

GMCDP’s research has now revealed that some Greater Manchester councils have promised to spend the government’s money solely on former ILF-recipients, but others have refused to do so.

“They have closed the ILF, given the money to local authorities but provided no clear direction of how that money is to be used to ensure that former ILF-users’ support is maintained.

“So it’s a postcode lottery where some authorities are continuing to support former ILF-users, others say they won’t and some still have no idea what will happen.”

Hilton, who has produced a short video explaining the situation facing former ILF-users in Greater Manchester and across the country, added: “The government is either lying or delusional when they say that the introduction of the Care Act will ensure that former ILF-users will be able to maintain choice and control over their lives.

“The support provided by local authorities via personal budgets is increasingly about providing the bare minimum, so-called ‘clean and feed’.

“Independent living is much more than this. It’s about having the support, not only to get out of bed, but to get out and be part of society, through leisure, through education, through work.”