You are here: Home / Arts, Culture and Sport / Harmonica charity confesses to 16 years of discrimination 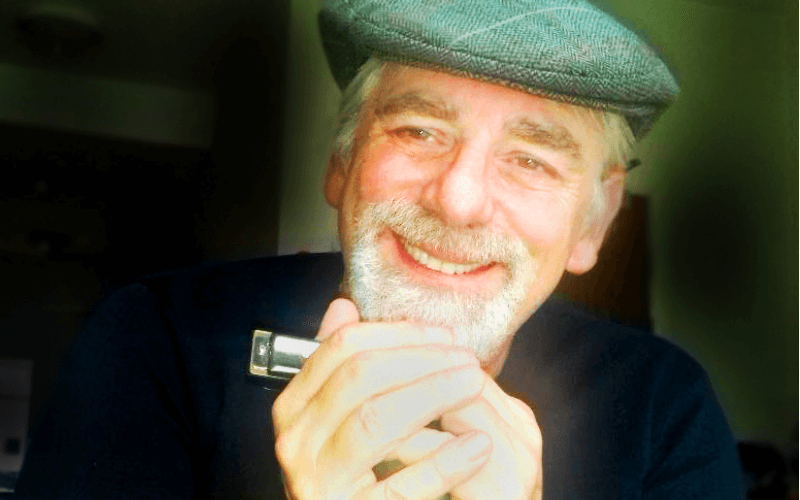 A disabled musician is threatening legal action after he was told by a charity organising its annual international harmonica festival that he would have to be carried in his wheelchair up and down a flight of stairs if he wanted to attend.

The National Harmonica League (NHL) is set to hold its International Festival – its largest event of the year – at Bristol Folk House later this month.

It admits on its website that the “one drawback” of the venue is that it “has many levels and tight staircases which make it very difficult or impossible for anyone with physical disabilities”.

But Disability News Service has discovered that the charity has been warning potential visitors to the festival that poor access is the venue’s “one drawback” for more than 16 years.

NHL charges visitors up to £45 for a weekend ticket for the event, which will feature workshops, competitions, stalls run by companies such as Suzuki and Seydel, and performances by professionals.

But artist and musician Gaius FitzGibbon (pictured) has been told he will only be able to attend if he is willing to being carried up and down a flight of stairs in his electric wheelchair.

The inaccessible venue means not only that he misses out on the festival but that he will not be able to apply for an educational bursary from NHL, which would have assisted with accommodation costs, food and tuition.

FitzGibbon said: “Unfortunately my health has progressed to a point where I am no longer able to play my saxophone.

“The only musical instrument I am able now to play is my blues harmonica.

“I am really, really disappointed and fed up that I can’t even attend the main harmonica event of the year and at least get to talk to other players and be involved in the scene.”

He is now considering legal action against NHL for discrimination under the Equality Act.

Horace Trubridge, general secretary of the Musicians’ Union (MU), said: “Disabled musicians are still being excluded from various festivals, venues and competitions because organisers fail to realise that some musicians have impairments.

“Accessibility should never be an afterthought; all venues should be accessible to all musicians.

“There’s some amazing work happening in this area driven by organisations like the MU and Attitude is Everything but there is still a long way to go.

“Every musician should have the opportunity to take part in the [festival] and the harmonica player of the year competition and it is time for the organisers to work with disabled musicians and the MU to create a festival that all musicians can participate in.

“The MU would welcome a conversation with the event organisers to discuss how they can make the festival and all future events accessible to all musicians.”

Before DNS discovered that NHL had been warning about the access at Bristol Folk House for 16 years, its chair, Ben Hewlett, admitted that it was not acceptable for FitzGibbon to be told he would have to be carried up and down stairs in his wheelchair, but claimed this was “a compromise”.

Hewlett said that a wheelchair-user won one of the festival competitions “several years ago” but had to be carried up and down stairs to access the venue.

He said this was when they began to look for an alternative venue. He later admitted that this incident happened in 2007, 11 years ago.

Hewlett said that the other five, smaller events NHL organised every year were held in accessible venues.

And he said that his organisation had been looking for a “suitable replacement” for Bristol Folk House and was “fully committed” to finding a new venue with “full disabled access”.

But he said his fellow committee members had also told him they would not even allow him to promise a move to a more accessible venue in time for next year’s festival, and that they were “also concerned about the price of a new venue being a lot more than the current venue” as NHL was “not well funded”.

Hewlett added: “I think we need to work harder and get it done and that’s what we’re doing.”

But after DNS told Hewlett that it had discovered NHL had been warning about the access since 2002, he then produced a new statement and said the charity had “researched many venues” in those 16 years but had “not found a suitable alternative yet”.

Asked if NHL would apologise to disabled people for its failings over the last 16 years, he said: “No apologies to ‘people with disabilities’ as the vast majority can and do access the Folk House all the time.

“However the NHL does apologise to people who are permanent wheelchair users, realising it has been slow to resolve better accessibility. It is working hard to remedy the situation as stated many times.”

He added: “There are no plans to come back to the Folk House.

“If the NHL hasn’t found a suitable alternative in 2019 one option is to use the nearby and accessible St George’s Hall for the bulk of the festival – all day Saturday.

“The Folk House could be used just for the children’s competition and some repeated workshops on the Sunday morning.”