You are here: Home / Crime / Hate crime embarrassment for police and CPS over slavery case 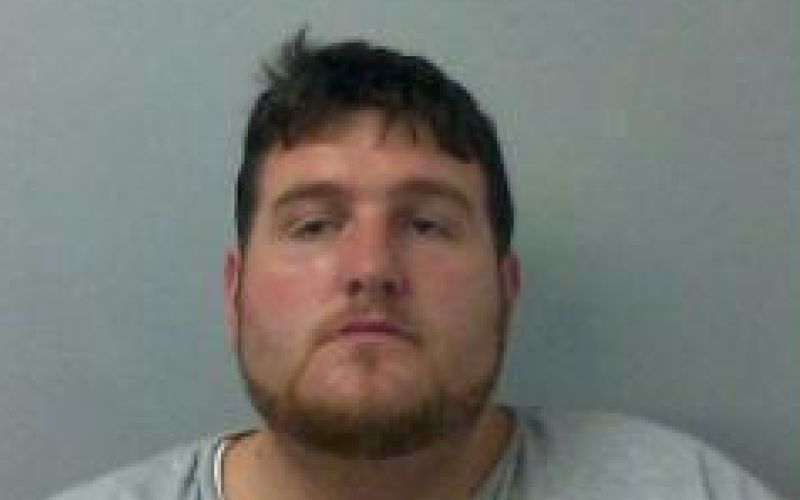 Police and prosecutors face fresh embarrassment after failing to treat a disabled man who was targeted by criminals who forced him into slavery – and beat him when he tried to escape – as the victim of disability hate crime.

Daniel Collins, who has learning difficulties, was controlled and forced to work for two years without receiving pay, threatened and intimidated into committing crime, and had his bank account and benefits plundered.

But although Collins claims employment and support allowance – the out-of-work disability benefit – and was described by prosecutors as “vulnerable” and having a “significant impairment of intellectual function”, police officers and the Crown Prosecution Service (CPS) failed to treat the offences against him as hate crime.

If it had been treated as a hate crime, the perpetrators would have received tougher sentences under section 146 of the Criminal Justice Act.

The case is even more embarrassing for the force, Thames Valley Police, and the CPS, as they later disagreed with each other when responding to questions from Disability News Service (DNS).

Oxford Crown Court heard this week that Collins had been assaulted when he tried to escape from the forced labour at two travellers’ sites in Oxford and Hemel Hempstead.

Paul Joyce (pictured), 33, of Red Bridge Hollow, Old Abingdon Road, Oxford, pleaded guilty to three counts of fraud, one of common assault and two of substantive forced labour, and was sentenced to 34 months in prison.

Helen Cash, 31, of the same address, pleaded guilty to three counts of fraud and two of substantive forced labour, and was handed a two-year suspended sentence and a 18-month supervision order.

Michael Joyce, 25, also of the same address, pleaded guilty to one count of substantive forced labour and was given a two-year suspended sentence and ordered to carry out 150 hours of unpaid work.

Ifran Iqbal, 29, of Millfield Walk, Hemel Hempstead, pleaded guilty to one count of fraud, and was given a one-year community service order, ordered to undertake 12 months of unpaid work and given a nine-month supervision order.

Adrian Foster, chief crown prosecutor for Thames and Chiltern CPS, said in a statement after the sentencing hearing: “They used intimidation, threats of violence and actual violence to prevent the victim leaving them or from alerting the authorities to their mistreatment.

“They forced him to work very long hours labouring, paving, leafleting, gardening and stealing, failed to pay him for his work and took advantage of his vulnerability and inability to protest in doing so.

“They stole the victim’s bank card, took control of his bank account and even claimed benefits on his behalf.

“The offences were financially motivated, allowing the four to live in relative luxury while the victim was provided with the most basic living standards possible.”

A CPS spokeswoman insisted that Collins’ impairment was “very carefully considered”, with a psychologist’s report shown to the judge before sentencing.

She said the judge had “made it clear that he had taken the victim’s vulnerability into account when passing sentence”.

She said: “In law, the fact that a victim has a learning disability does not automatically mean that any crime committed against him or her was motivated by hatred or hostility based on a disability.

“In this specific case, we considered that the evidence showed the offence had been committed not because of hatred or hostility towards the victim based on his disability, but because his disability rendered him vulnerable, which is not sufficient in law to request the section 146 uplift.

“As such, the evidence did not support this case being flagged as a disability hate crime or an application for a sentence uplift under section 146 of the legislation.”

A spokeswoman for Thames Valley Police disagreed with CPS and insisted that Collins “does not have a disability nor does he perceive himself to have a disability”, and that “neither the victim nor anyone else perceived these offences to be hate crimes”.

She said that officers in the case had told her that Collins “has got very low IQ” but was “not disabled”.

She said: “There is no evidence of hate crime and we wouldn’t just designate it as one in order to attract a longer sentence.

“The case was passed to the Crown Prosecution Service who obviously found no grounds to treat it as a hate crime either.”

Stephen Brookes, a coordinator of the Disability Hate Crime Network, said he was “spitting nails” at the latest failure of the criminal justice system.

He said: “This is a total failure by all parties yet again. The criminal justice system is making a mess of things at the moment because they really don’t know what they are doing.

“At a time where we are getting the confidence of disabled people to report through peer-to-peer third-party reporting, foul-ups like this are just unacceptable.”

Disability News Service (DNS) has been reporting on the criminal justice system’s failings on disability hate crime since 2009, while the police, prosecutors and probation service – and other agencies, including the courts – have repeatedly been urged to improve.

Only last month, a report by HM Crown Prosecution Service Inspectorate, HM Inspectorate of Constabulary and HM Inspectorate of Probation concluded that the police, CPS and probation service had failed to implement recommendations they had made in 2013 on dealing with disability hate crime.

The 2013 report, Living in a Different World, said the criminal justice system had let down victims, pointing out how failings across the system helped lead to some of the most notorious disability hate crimes, including the deaths of Francecca and Fiona Pilkington, David Askew and Michael Gilbert.