You are here: Home / Independent Living / Holiday Inn hotel plans to rip out hoist from its only accessible bathroom 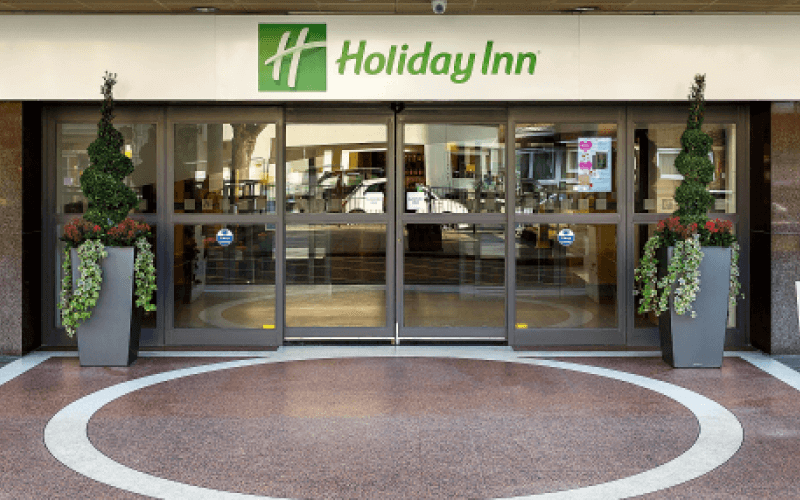 The multi-national company behind Holiday Inn is to investigate why one of its hotels made the “discriminatory” decision to remove a ceiling hoist from its only accessible bathroom.

Holiday Inn’s Bloomsbury hotel in central London – close to two major London hospitals – does not have any rooms with wheel-in showers, but it does have one room with a ceiling-hoist in the bedroom and bathroom that allows wheelchair-users to use the bath.

But the owners of the hotel (pictured) – which is run under a franchise agreement – now plan to rip out the ceiling hoist when the rental contract with the supplier expires at the end of this month.

Nicky*, a wheelchair-user who uses the hotel frequently when she needs to visit the nearby National Hospital for Neurology and Neurosurgery, was appalled when she was told about the hoist being removed.

She said the move appeared to be about “money-saving” and was clearly discriminatory.

She has been using the hotel room several times a year since 2015, and last stayed there in February for three nights while she attended two hospital appointments.

She said: “Each time we always stay at least one night, because I can’t go there and back in one day.”ceiling hoist

She said the hotel was convenient for her because it was near the hospital.

In June, she placed a booking for one night in late July and was told that the room with the ceiling hoist was available.

But last month she was told the hotel was delaying reopening after the pandemic crisis until this month and so she cancelled the booking.

Her appointment was eventually carried out by telephone, so she did not need to travel to London last month.

But when she checked that the ceiling hoist would be available when the hotel did eventually reopen, she was told it would only be “available until end of August, then the rent will [expire] and the owners have decided not to renew”.

Now she has been left hunting for another hotel with an accessible room that is close to the hospital, in time for her next face-to-face appointment, which will probably be in November.

Nicky said: “They have made their choice. I imagine it’s a money-saving choice.

“I am really sad because we have had something that has worked well for a number of years; we have been quite loyal customers.

“It’s like we don’t really matter. They have decided that it doesn’t matter that I can’t have a bath or a shower while I’m there.”

When contacted by Disability News Service (DNS), InterContinental Hotels Group (IHG), which owns the Holiday Inn brand, originally claimed that the room was still accessible because the hotel had a mobile hoist.

But Nicky was told when she first visited the hotel that the mobile hoist could not be used with the bath, which is why she has always used the room with the ceiling hoist.

When DNS pointed this out, IHG then claimed that because the ceiling hoist was “malfunctioning on a regular basis… the hotel took the decision to replace [it] with portable hoists”.

An IHG spokesperson said: “Unfortunately, the portable hoists are not able to be used with the bath.

“We appreciate the feedback from the guest and will keep our approach under review.”

When DNS pointed out that the portable hoists had been in use for several years, the spokesperson added later: “We have been informed by the franchise operator that they have taken measures to accommodate disabled guests.

“We will investigate this important matter further and will follow up appropriately with the hotel operator should there be any potential breach of disability law.”

*She has asked for her full name not to be used