You are here: Home / Housing / Homeless ordeal of disabled man forced onto streets by hospital 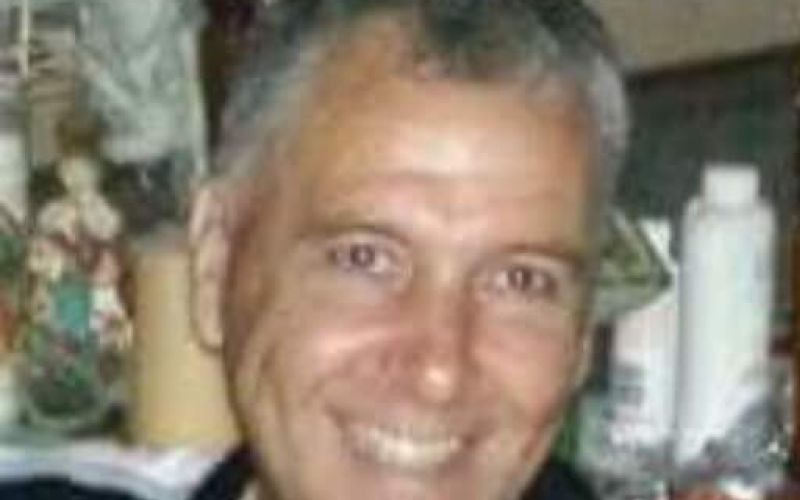 A disabled man was left to survive on the streets of London overnight after he was kicked out of hospital, and then forced by a council to beg for money to fund the 20-mile journey to his temporary housing.

Fred Allen (pictured), who uses a walking frame or crutches to mobilise, has praised the support he has received from disabled campaigners who have supported him after learning of his ordeal through social media, but he is angry at how he was abandoned by the NHS and local government.

His nightmare ordeal began two years ago when he developed a large and painful hernia in addition to his existing physical impairment, and became too ill to return from a trip to the Philippines to visit his best friend, who was dying of cancer.

Allen’s ill-health meant he missed his pre-booked flight home, which meant that from October 2014 he could no longer claim long-term incapacity benefit because he had been away from the UK too long.

After his friend died, he had to rely on the generosity of his friend’s widow, who allowed him to sleep on a mattress in a tiny room in her house for nearly two years.

When the British embassy eventually heard of his plight, it arranged for him to fly home in June this year – funded by a Foreign Office loan – and when he arrived he was driven straight from Heathrow Airport to St Mary’s Hospital in Paddington, west London.

But after two weeks, he was told last week that his hernia was not serious enough to be operated on immediately and that he would be placed on a waiting-list and would have to leave the hospital.

He was sent back to St Mary’s in an ambulance hours later after he collapsed on the floor of Westminster council’s housing department because of his hernia, but was told again that he could not stay as an in-patient.

By the time he had returned to the council’s housing department, it had closed for the day, and although a security guard allowed him to wait inside for several hours until his shift ended, Allen was eventually given a blanket and a cup of tea and had to sleep on the pavement outside.

In the early hours of the morning, a member of the public expressed concern for his welfare and an ambulance took him for the third time to St Mary’s.

Yet again, he was told he could not stay in the hospital, and he had to wait on the street outside the housing department until it opened its doors in the morning.

The council found him a room in bed and breakfast accommodation in Slough, more than 20 miles away, but he was told he would have to find his own way there.

With no money left, he was only able to take a taxi to Slough thanks to the generosity of Anita Bellows, a researcher with Disabled People Against Cuts, who paid his £45 fare.

Other campaigners, such as DPAC’s Merry Cross – who delivered a parcel from a food bank – and disabled journalist Frances Ryan have also supported Allen over the last few days.

Even when he arrived in Slough, his ordeal was not over, as the room was too small to allow him to enter with his walking frame.

And he has now been told that he faces the prospect of being moved to notorious bed and breakfast accommodation in east London.

Allen said: “When I was in hospital, every time the consultant came round they treated me like I was a criminal.

“They looked at me and saw my [tan] and thought I had had a good time, but no, I have had a nightmare.

“Every day I was in there I asked to see a psychiatrist and a social worker and every day they said they were on their way, but no-one ever came.

“The council have treated me really badly as well. I’m disabled and have mental illness. I was gobsmacked [at how they treated me].

“I shouldn’t have had to go through all of this. I have been treated badly but I have been told by a lot of disabled people that that is how you are treated now. All I want is a roof over my head.”

Despite his continuing ordeal, he said he had been touched by the support he has been given by the “lovely people” who have helped him.

A spokesman for the trust that runs St Mary’s Hospital, Imperial College Healthcare Trust, declined to discuss Allen’s case, but said in a statement: “The trust takes the care of its vulnerable patients very seriously.

“We discharge patients appropriately based upon their condition and will avoid late evening or night time discharges unless it is by prior agreement.”

A Westminster council spokesman also declined to discuss the case, and released the following statement: “We always act in the best interests of the people we are seeking to house, providing immediate housing to those who approach us most in need.

“We meet with people face to face to find out their history, requirements and other factors affecting their housing situation which have led them to being homeless.

“Following this assessment and feedback received, we work with them to find suitable and affordable longer-term accommodation if it is required.” 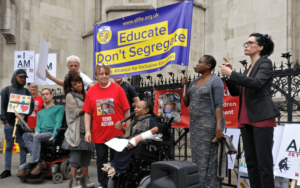 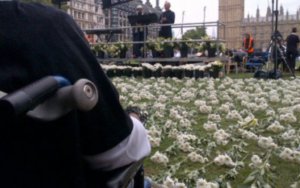