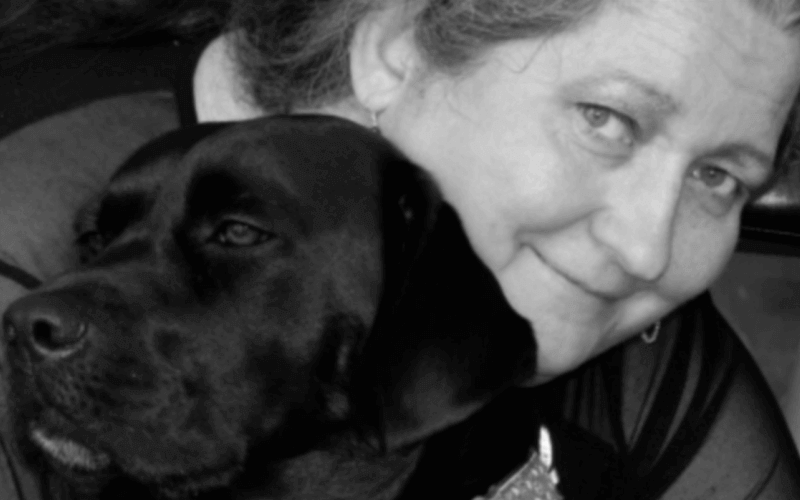 A hospital trust is facing legal action after it refused permission to a disabled nurse to bring her assistance dog with her to an outpatient appointment during the pandemic.

Wheelchair-user Bethann Siviter was visiting Birmingham City Hospital last August, but she was forced to leave assistance dog Taska at home, and instead rely on support from her husband, who himself is clinically extremely vulnerable to COVID-19.

Now she is taking legal action against the hospital for discriminating against her under the Equality Act, and breaching the Human Rights Act, with the help of discrimination law expert Chris Fry.

She is arguing that the hospital, part of Sandwell and West Birmingham Hospitals NHS Trust, failed to make a reasonable adjustment for her in the run-up to her pain management appointment on 8 August 2020.

The clinic, which she has been attending since 2009, had previously reluctantly agreed to allow her to bring Taska with her for her appointments, but withdrew that permission for the 8 August visit because, she was told, it was being held in “a sterile ward”.

This, she says, was not the case, as she and her husband were allowed to enter the ward in the clothes they were wearing, while she was allowed to continue using her wheelchair.

She said: “The worst part was my anxiety. I didn’t sleep from Tuesday until the Saturday of the appointment. I couldn’t stop crying.

“I felt my dignity and independence had been torn away from me. I was told if I didn’t like it, I could cancel the appointment and seek treatment elsewhere.”

Siviter – who had to stop working in January 2020 because of ill-health – believes that Taska was a much lower risk than her husband, her own outer clothing, and her wheelchair.

She knows of a friend, who has asked not to be named, who has also been banned from bringing her assistance dog onto the ward.

Siviter said: “If it was just me that would be one thing, but it’s not just me.

“As a former NHS nurse, I feel really bad having to take action against the NHS, but as a nurse it is my responsibility under my code of conduct to make sure the public are treated properly, and in this case I am the public.

“My feeling is that their ignorance about assistance dogs caused them to panic.”

Fry said they may seek a judicial review of the trust’s actions if Taska is not allowed to attend Siviter’s next appointment, which is due later this month.

David Carruthers, acting chief executive of Sandwell and West Birmingham Hospitals NHS Trust, said: “We are sorry that Ms Siviter was unhappy with the adjustment that we made when she attended City Hospital for treatment.

“We are continuing to liaise with her over her concerns and will update her on the matter.”

The charity Canine Partners, which trained Taska, declined to comment on the legal action but said it understood “how distressing it would have been for Bethann when her assistance dog, Taska, was unable to accompany her during a medical appointment”.

“Canine Partners recognises that it has been an incredibly challenging and unprecedented period for the NHS, and that the strict procedures being followed during the pandemic may have created some uncertainty in this area.

“Canine Partners and our colleagues at Assistance Dogs UK would be willing to work with Sandwell and West Birmingham Hospitals NHS Trust to develop an assistance dog access policy that ensures there is clarity going forward.”

Siviter said Taska, now 11, had transformed her life, reduced her anxiety – she is also autistic – and led to people being more patient with her, while reducing her pain and preventing falls by carrying out tasks for her.

Between 2011 and 2014, she was accompanied by Taska during her work at another Birmingham NHS trust.

It was thought at the time that Taska was the only assistance dog working with an active NHS nurse.

And in 2014 Taska spent 12 days with her while she was being treated on a surgical ward at the Royal Orthopaedic Hospital in Birmingham.

Siviter said: “They were wonderful to us.”

Now she is hoping that the legal action will “open doors for other dogs like Taska”.

As well as an apology, she wants the trust to produce a “proactive and inclusive” policy on assistance dogs that does not arbitrarily restrict them, and to pay her damages.

She is also still waiting for a response to a complaint she lodged with the trust last August.

The Centers for Disease Control, the USA’s health protection agency, has said that, based on “the limited information available to date, the risk of animals spreading COVID-19 to people is considered to be low”. 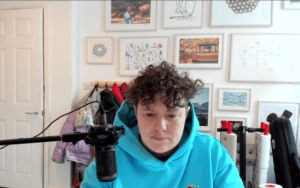