You are here: Home / Politics / Hundreds of thousands may have ‘slipped through the net’ of COVID support, say MPs 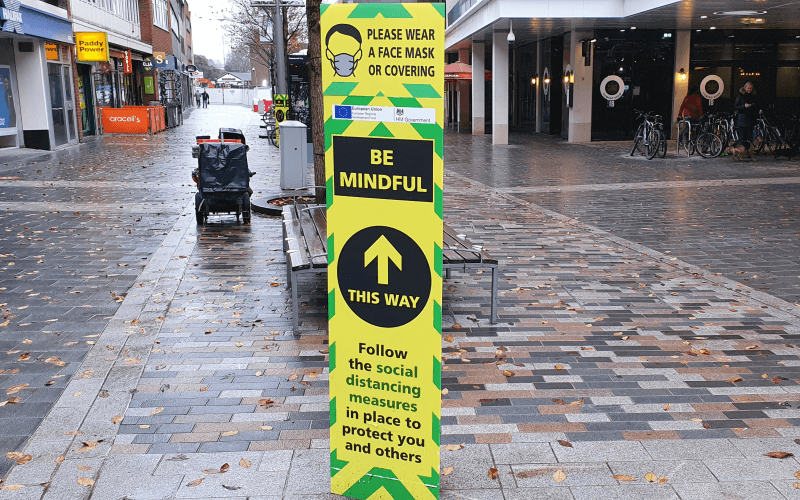 Hundreds of thousands of disabled people in England may have “slipped through the net” and missed out on vital support in securing food, medicines and basic care in the early months of the COVID-19 pandemic, according to a new report by MPs.

The public accounts committee said yesterday (Wednesday) that a contact centre set up by the government was unable to reach about 800,000 people who were clinically extremely vulnerable (CEV) to the virus.

Many of them could not be contacted because of missing or incorrect telephone numbers in their NHS records.

Their details were eventually passed to local authorities to try to contact them, but the report says that the Ministry of Housing, Communities and Local Government (MHCLG) still does not know if councils were able to reach any or all of these people.

The government first told CEV people to shield themselves on 22 March 2020, and it developed a scheme to provide them with food boxes, medicines and basic care.

But the report says that the government’s “quickly drawn-up” scheme experienced the “problems of poor data and a lack of joined up systems that we see all too often in government programmes”.

It also says that the Department of Health and Social Care (DHSC) and NHS Digital “took too long to identify some clinically vulnerable people at a time when their need was urgent”.

And it says that, when deciding on criteria for identifying CEV people, DHSC initially excluded several key factors which made people more vulnerable to the virus, such as ethnicity, postcode and body mass index.

This has now been corrected and has resulted in an extra 1.7 million CEV people being identified and added to the list in February 2021.

The committee also raised concerns about the significant and “unacceptable” postcode lottery that emerged when GPs and hospital doctors were asked to add patients to the list of people eligible for support.

The lists grew by as little as 15 per cent (in Carlisle) or as much as 352 per cent (in Hounslow) in different local authority areas, with an average of 73 per cent, and it more than doubled in 33 areas.

The committee’s inquiry was based on an earlier report by the National Audit Office, which concluded in February that the government’s failure to prepare for disabled people needing to shield from a pandemic meant they had to develop a shielding scheme from scratch at the beginning of the COVID-19 crisis.

The government’s centrally-led system of support for CEV people has now been replaced by one that focuses on access to supermarket deliveries and ensuring local authorities can also offer food where needed.

The report says MHCLG must ensure that local authorities “continue to have the capacity and resilience to support the needs of clinically extremely vulnerable people” because of the rise in the number of people advised to shield in February 2021 from 2.2 million to 3.9 million people (the government says there are currently 3.8 million people on the shielded patients list).

Meg Hillier, the committee’s chair and a Labour MP, said: “The shielding response in the COVID pandemic has particularly exposed the high human cost of the lack of planning for shielding in pandemic planning scenarios.

“It also highlights the perennial issue of poor data and joined up policy systems.”

She added: “There are questions still to be answered about the balance between central decision making and local knowledge – the increase in numbers of those advised to shield demonstrate the challenges of trying to deliver this programme centrally, as well as with the data held by the NHS.

“There needs to be a clear plan ahead for those with serious health conditions so they can access the support they need when they have no other support network.”

But in its response to the report, the government described its findings as “disappointing and misjudged”.

A government spokesperson said: “During this globally unprecedented emergency, we worked across multiple government departments to build and deliver an urgent national scheme in record time, identifying 1.8 million clinically extremely vulnerable people and providing them with vital food and medicine to help them shield effectively.

“We made significant efforts to contact people by letter, text and telephone and worked closely with councils to ensure we reached them.

“Many people chose not to take up the offer of government support as they felt they didn’t need it.

“The initial shielding guidance was agreed by the four UK chief medical officers on the basis of the latest available evidence.

“Since then we have learned more about the virus and adapted our approach, which has enabled us to protect those most vulnerable by providing them with shielding guidance and prioritising them for vaccination.”