You are here: Home / Independent Living / ILF closure: Government told to ‘get a grip’ on ILF transition 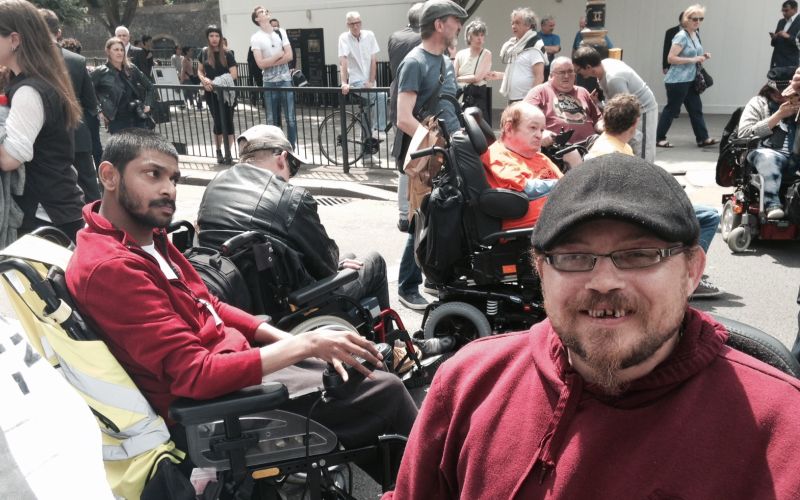 The government has been told by Labour to “get a grip” on the mess caused by the closure of the Independent Living Fund (ILF).

Labour and the Liberal Democrats both spoke out today (Thursday) on the ILF closure in statements to Disability News Service, although neither called for it to be reinstated.

Kate Green, Labour’s shadow minister for disabled people, said: “The message that Labour MPs have heard from their constituents about the closure of the ILF is one of confusion and anxiety for the future.

“Some local authorities have assessed people but can’t tell them what their support package will be. Others haven’t even carried out assessments.

“The government was supposed to have provided advice to local authorities, but they’ve been left in the dark.”

She added: “I know thousands of disabled people are deeply worried, and the carers and personal assistants they employ don’t know if they’ll keep their jobs. Ministers need to urgently get a grip of this mess.”

She said that Labour MP Nic Dakin had secured a debate on the impact of the ILF closure in parliament next week.

The Liberal Democrats attacked the government’s overall policies on social security, and said: “The Tories’ entire approach to welfare is fuelled by their desire to cut £12 billion worth of benefits from the vulnerable and poor.

“Amidst concern over the future of other benefits, the government and councils need to be clear over how they intend to protect payments from the Independent Living Fund.”

But a Liberal Democrat spokesman said the party’s long-term aim was to merge disability benefits and social care into a single payment for disabled people, with “just one assessment”.

His leadership account sent out the tweet: “‘We have to reinstate the ILF and bring back the whole principle of independent living.’ – Jeremy Corbyn. #saveILF.”

The latest comments came as a petition containing more than 25,000 signatures was handed to Downing Street by disabled activists campaigning to save ILF.

Last week, some of those who accompanied the petition to Downing Street were in the House of Commons to lobby MPs over the closure, and took part in a high-profile direct action protest during prime minister’s questions.

John Kelly, an ILF-user and performer, who has played a key role in fighting the closure, arrived at Downing Street on Tuesday in a wheelchair-propelled model horse that was used during the production of Graeae’s critically-acclaimed production of The Threepenny Opera, in which he starred.

He told fellow protesters: “We are fighting for independent living for disabled people in the UK in 2015. Can you believe that?

“We have had enough. The ILF closes tomorrow and we are not going away. We are going to fight on.”

Ellen Clifford, campaigns worker for Inclusion London, who handed over the petition, said: “Today is a very, very sad and tragic day. I think some of us are starting to cry at the front here because this has been a long campaign and it has been so important to so many people because it means so much, but this isn’t the end.

“What last Wednesday showed is that disabled people are strong when we unite with our allies. We fight back and we give them hell.”

And Andy Greene (pictured, at last week’s protest), a member of the Disabled People Against Cuts steering group, said: “There used to be a time when governments, particularly when the ILF came in, when they were able at least to talk about independent living with a straight face, and now when they do it is very much with a forked tongue.”

DWP promised to transfer nine months’ worth of non-ring-fenced ILF funding to councils in England – through the Department for Communities and Local Government – and to devolved governments in Wales, Scotland and Northern Ireland, but has yet to say whether it will provide any extra funding to local authorities to cover the needs of former ILF-users from next April.

The Scottish government announced last year that it was setting up its own ILF, ILF Scotland, for both existing and new users in Scotland, using the UK government funding and an additional £5.5 million of its own money.

In Northern Ireland, about 600 ILF-users will also have their support delivered through a successor to the fund, which will be administered by ILF Scotland.

The Welsh government has opted to transfer the Westminster funding to its local authorities – with conditions attached – which will protect the budgets of about 1,650 ILF-users in Wales until April 2016.

The grant scheme will operate until the end of March 2017, with the funding from April 2016 dependant on the UK government’s next spending round.

Disability Wales (DW), which opposed the ILF closure, said it continued to believe there were “clear and unacceptable risks attached to integrating the ILF system within local authority adult social care departments at a time when they are already struggling to meet even basic support requirements across all impairment groups”.

DW is also concerned that the Welsh government has put no independent monitoring and review arrangements in place, which will leave ILF-recipients “no option but to follow local authority complaints procedures when challenging decisions”.

A DW spokeswoman said that the grant scheme introduced by the Welsh government to replace ILF for the next nine months “falls well short of the independent arrangements agreed by the Scottish and Northern Ireland Assemblies”.

She said: “DW will continue to lobby for an equivalent scheme to be introduced in Wales by March 2017.”