You are here: Home / Benefits and Poverty / Incompetence, discrimination and ‘fraud’: the US company that could take over from Atos 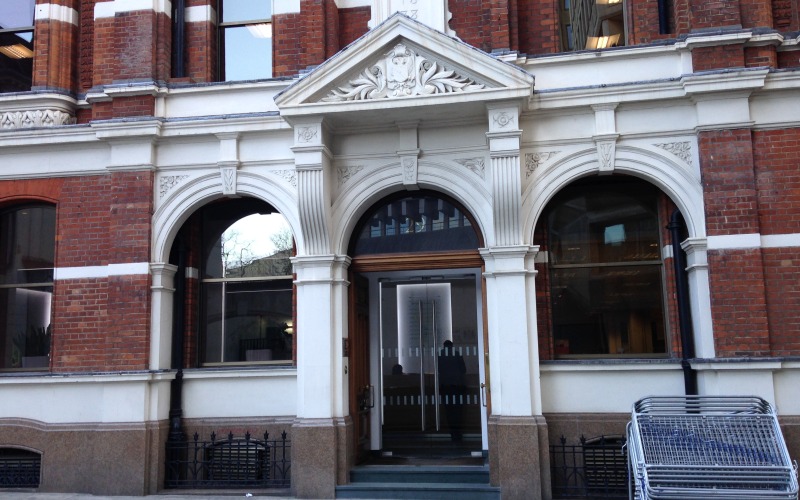 A company with a “chilling” record of incompetence, discrimination and alleged fraud is in prime position to take over the new “fitness for work” contract from Atos Healthcare, Disability News Service (DNS) can reveal.

The Department for Work and Pensions (DWP) is preparing to announce its preferred bidder for the three-and-a-half-year contract to carry out hundreds of thousands of the hugely-controversial work capability assessments (WCAs) every year across England, Wales and Scotland.

DNS has been told by one source close to the industry that Maximus has already been informed that it has secured the contract to test claimants for their eligibility for the out-of-work disability benefit, employment and support allowance (ESA).

Although DNS has not been able to confirm this, at least two other sources with Whitehall connections have said they had been told the race to succeed Atos had narrowed to Maximus and one other bidder.

A string of scandals have been unearthed by UK researchers since Maximus was handed a lucrative contract in July to deliver the government’s new health and work service in England and Wales.

One disabled activist said that the possibility of Maximus taking over from Atos was a case of “out of the frying pan, into the fire” for disabled people.

And one Labour MP described the prospect as “chilling”.

Last year, US government auditors found that all but $2 million of $41.4 million claimed by the state of Wisconsin – on advice from Maximus – had been “improperly claimed” under Medicaid, the US healthcare insurance programme for those on low incomes. Maximus was reportedly paid a fee based on how much additional revenue the state collected.

Maximus also drew heavy criticism last year for its performance in delivering a privatized child support enforcement service in Davidson County, Tennessee, with one parent telling a reporter: “Politicians on a local level do not want to suffer the heat from an underperforming juvenile court system, and Maximus is more than happy to collect their millions, underperform and not give a crap about child-support collections.”

Two years ago, Maximus – which is based in Virginia – was fined $50,000 under disability discrimination laws for refusing to promote a female employee because she had had a stroke.

In 2010, the Los Angeles Times reported how scores of medical workers in a programme for substance-abusing health professionals had tested positive for drugs or alcohol, but were allowed to continue working because a subcontractor working for Maximus was using the wrong standard to measure them against.

In the same year, Maximus and one of its subcontractors agreed to pay compensation of $2.5 million over the botched update of a criminal justice service IT system in the state of Connecticut.

And in 2007, Maximus agreed to pay $30.5 million compensation after allegations that it defrauded the US government by helping the Child and Family Services Agency for Washington, DC, to submit false claims to the Medicaid programme.

But concerns about Maximus’s performance across the US date back more than 20 years.

When the Mississippi department of human services debated re-privatising child support collection last year, one state senator recalled Maximus’s poor performance in collecting overdue child support between 1995 and 2000, telling a senate debate: “I remember the disaster that Maximus was.”

In 2000, Maximus was forced to pay back $500,000 in improper or questionable expenses claimed as part of a welfare-to-work programme it was delivering.

And in the same year, the United States Equal Employment Opportunity Commission found Maximus had violated federal law by paying lower wages to women than men placed in the same jobs in a Milwaukee warehouse.

Maximus says it has run welfare-to-work and other programmes in more than 40 states and around the world, including more than 100 employment centres in the UK – where it is a Work Programme provider – Australia and Canada.

A spokesman for Maximus declined to comment on reports that it was well-placed to win the WCA contract, and on concerns about its track record in the US. DWP also refused to comment.

John McArdle, co-founder of the user-led grassroots campaign group Black Triangle, said the prospect of Maximus taking over from Atos was “absolutely scandalous” and “unbelievable”.

He said: “If they are to be awarded the contract, it is a simple case of out of the frying pan and into the fire.”

He said Maximus was clearly a “rogue company”, and he added: “Private, for-profit companies should have absolutely nothing to do with the assessment of disabled people.”

But he also stressed that the WCA itself needed to be scrapped, and he warned that Black Triangle and Disabled People Against Cuts (DPAC) would “unite in constant, unrelenting direct action to drive them out, whoever wins the contract”.

He said: “We will fight them with the vigour that we fought Atos, and they will find this contract will turn out to be just as toxic to their reputation as Atos found it to be.”

Kate Green, Labour’s shadow minister for disabled people, said: “If there are concerns about the probity of a provider I would be very concerned about them being awarded a public contract.”

She added: “We have always said that just changing the provider of the WCA contract is not going to address some of the under-lying problems that need to be put right, but getting the right provider in the right way is going to be one important component of building trust in the process.

“If disabled people feel that there are doubts about the provider’s probity or reputation, that is going to be extremely damaging to rebuilding credibility for the WCA.”

She said she could not pre-judge how Maximus might perform if it was awarded the contract, but she added: “If there are concerns about the behaviour of a provider in other contexts, that is bound to put them in a bad light as they start out on a new contract, and those concerns will induce concern and anxiety, I am sure, among disabled people.”

Tom Greatrex, Labour MP for Rutherglen and Hamilton West in Scotland, a fierce critic of Atos, added: “If Maximus are to take on the Atos contract to test for fitness to work that will be a chilling prospect for anybody aware of their track record in America.”

ESA, and particularly the harshness and inflexibility of the WCA and its application by government contractor Atos, have been high-profile targets of campaigners since the benefit was introduced for new claimants in October 2008.

Many campaigners fear that simply rebranding the WCA by appointing a new contractor to replace Atos will not be enough, and have called for the entire system to be scrapped and replaced.

Linda Burnip, a member of DPAC’s steering group, said: “We always said that the loss of Atos, although welcome, would not change the WCA computer tick-box exercise, and [if] the equally disreputable Maximus [is appointed] as the firm carrying out the government’s dirty work, that seems to be the case.”

She added: “Most of the top people involved in Maximus have a previous, long track record in the welfare-to-work sector, which causes further concerns.”

Atos was allowed to pull out early of its WCA contract after being hounded by disabled campaigners and MPs over its performance.

In February, DNS reported that Atos was openly blaming a shortage of doctors willing to work for the company for causing lengthy delays in the ESA system.

Disabled activists say the company has devastated the lives of hundreds of thousands of disabled people, and “trains its staff to push people off benefits”.

They have pointed to links between the way Atos carries out the assessments, and relapses, episodes of self-harm, and even suicides and other premature deaths among those being assessed.

In one case, reported in February, the Mental Welfare Commission for Scotland concluded that the move to strip a disabled woman of her out-of-work disability benefits, following a WCA carried out by Atos, was a “major factor” in her decision to kill herself.

Also in February, DNS revealed how official figures showed that Atos was 50 times more likely to recommend wrongly that someone was “fit for work” than it was to make an error in finding someone not fit for work.

The government statistics suggested that Atos was doing all it could to find as many disabled people “fit for work” as possible.

Caption: The London headquarters of Maximus