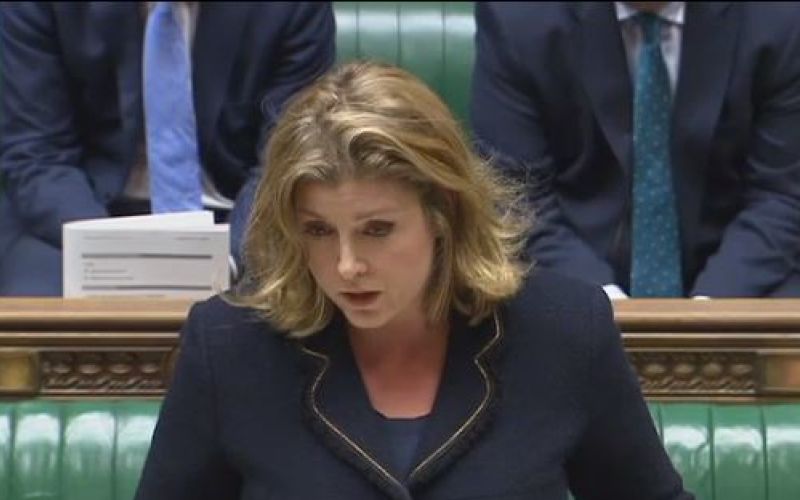 The Department for Work and Pensions (DWP) has been criticised by the information commissioner over the way it dealt with a request to reveal the identities of seven foreign governments that asked for advice on disability reform.

After facing a probe by the commissioner into its refusal to release the information, DWP is now claiming that the written information it refused to release never existed.

Disability News Service (DNS) has been trying since last October, through the Freedom of Information Act (FOIA), to secure details of which ministers for disabled people from other countries had been asking their UK counterpart for advice on issues such as social security reform.

Penny Mordaunt (pictured), at the time the minister for disabled people, told MPs last October that she frequently received requests for advice from her “opposite numbers around the world” about “how to set up welfare systems and improve accessibility, employment and representation”.

She claimed she was “keen to promote what we are doing” because her government’s work on disability was “a catalyst for change elsewhere in the world”.

And she insisted that her government had “shown what can be done to facilitate disabled access, both physical and service-based, and how that can be achieved in co-operation with business and the third sector”.

Mordaunt had been attempting to defend her government’s record on disability rights, weeks after the UN’s committee on the rights of persons with disabilities had said its policies had caused a “human catastrophe” for disabled people.

Following her remarks to MPs, DNS submitted a freedom of information request, asking which countries had asked for such advice.

DWP’s freedom of information team replied that there were seven countries that had approached Mordaunt, but it refused to identify them, claiming that there was “a very strong public interest in maintaining good relations between the United Kingdom Government and overseas governments”.

DNS asked DWP to reconsider its answer and to release the written requests for advice from the foreign governments, as well as Mordaunt’s replies.

When DWP refused to change its decision, following an internal review, DNS appealed to the Information Commissioner’s Office.

The information commissioner Elizabeth Denham has now completed her investigation and has said that she is “most concerned” about the way DWP dealt with the DNS request.

But she also concluded that – on the balance of probabilities – DWP never possessed any recorded information about the foreign governments that had requested information from Mordaunt.

DWP had told Denham that there had been “some confusion” around the original request from DNS, mainly because some of its staff “appear not to have made the critical distinction between recorded information and what people knew, recollected or had been told by others”.

Denham said that she “questioned how the Minister was able to make a statement in Parliament without recorded information being held by DWP” but was told that Mordaunt had relied on “a briefing, some of which was written”.

DWP told the commissioner that meetings were often held “on an informal basis and sometimes in the margins of other meetings and in this case that may explain the lack of recorded information” and therefore “formal invites or requests for meetings/information may never have existed”.

Denham told DNS that it was “now apparent that DWP has erred in its handling of your request” and she said she was “most concerned by DWP’s handling of this request for a variety of reasons… especially given that DWP is a public authority well versed in handling FOIA requests”.

In a letter to DNS, DWP’s central freedom of information team apologised “for any confusion that we may have caused you”.

DWP told DNS that it was now “reviewing processes” to ensure that “everyone involved in handling FOI requests recognise the requirement to meet statutory duties under FOIA”.

It added: “We accept that we may have given the impression that more information was held, which was not the case.”

It insisted that “although administrative errors were made, your request was answered in good faith and in accordance with our duties under the Freedom of Information Act 2000”.

It is not the first time DWP has been criticised by the information commissioner.

In March 2017, Denham questioned why the government had failed to keep track of whether it had implemented 10 recommendations on improving the safety of “vulnerable” disabled people that had been made in its own secret reports into benefit-related deaths.

Denham said then that DWP’s failure to keep track of its actions on “such sensitive cases” was “highly unusual”, after the department told her it had no idea whether it implemented the 10 recommendations.