You are here: Home / Benefits and Poverty / Labour conference: Foxcroft promises job support plans will not include sanctions 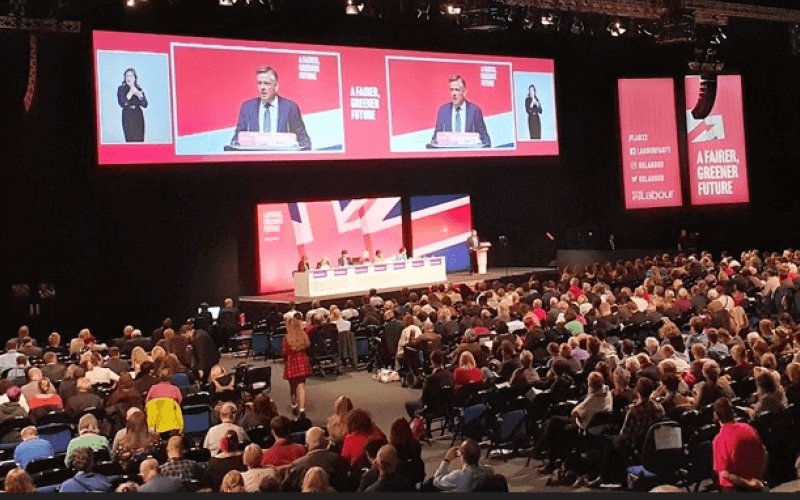 Labour’s shadow disability minister has promised that her party’s plans to “target” those who are out of work because of long-term ill-health will not see claimants punished if they refuse an offer of support.

Shadow work and pensions secretary Jon Ashworth had told Labour’s party conference in Liverpool this week that a Labour government would reform jobcentres and employment services.

Although he offered little detail in his speech (pictured), he said there would be “active help with training, coaching and support for those who need it”, and that it would not be done through “Tory threats or sanctions”.

He also promised that the support would be delivered through partnerships with community groups, local authorities, and services like the NHS, and “not by wasting money on big outsourcing corporations”, with those taking these jobs “paid a decent living wage”.

Further information released by the party said the reforms would “support GPs, housing associations and community groups to easily direct people to employment support”, and that it would “offer targeted and specialist help to those with long-term ill health and the over 50s”.

Labour said there were 578,000 people who are out of work because of long-term ill-health and who say they would like a job, and that economic inactivity due to long-term ill health “is rising at its fastest ever rate and has reached the highest level ever”.

But there are likely to be concerns about any Labour plans to target people on out-of-work disability benefits.

The last time the party was in power it replaced incapacity benefit with employment and support allowance (ESA), and a new work capability assessment, with the aim of targeting – in the words of Labour work and pensions secretary James Purnell in 2008 – “people who scrounge from the system” and were claiming incapacity benefit when they were fit for work.

Those reforms eventually led to countless deaths of disabled people, as the new Conservative-led coalition took on the new ESA benefit in 2010, toughened the sanctions regime, and found tens of thousands of people unfairly fit for work.

Vicky Foxcroft, the party’s shadow minister for disabled people, told Disability News Service (DNS) this week that despite the language of “targeting” people out of work due to ill-health, the support offered by a future Labour government would be voluntary.

She said: “It’s the offer of support if you want it. It’s not with sanctions or threats.”

Foxcroft said that this no-sanctions promise was guaranteed.

Ashworth provided few details on Labour’s plans for universal credit, other than saying that a Labour government would “reform, overhaul and replace” the working-age benefits system, and “treat people with dignity”.

Foxcroft told DNS that although universal credit could not be scrapped – because of the complexity of the technology around the system, which has been developed over the last decade under successive Conservative-led governments – it could be reformed.

She said a Labour government would ensure that there was less pressure and “less bombarding” of universal credit claimants.

She said she believed this “hounding” was an “ideological thing” for the Conservatives and was aimed at “looking like you’re all tough on benefit claimants, making them seem like they are scroungers and so forth when that is not the reality”.