You are here: Home / Independent Living / Labour conference: Labour to prioritise care workers over service-users if it wins power 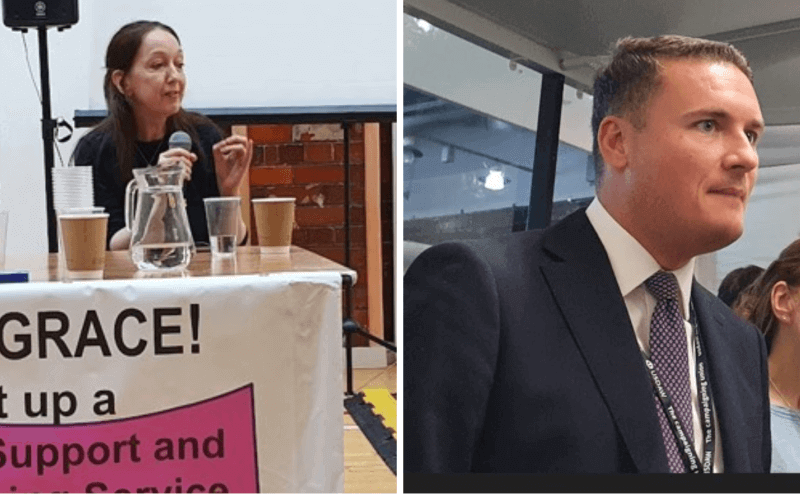 The Labour party will prioritise increasing the wages of care workers above the need to eliminate the charges disabled people are forced to pay for their social care, if it wins power at the next election.

Wes Streeting, the shadow health and social care secretary, told a fringe meeting at this week’s party conference in Liverpool that a Labour government’s “starting point” would be to ensure that care workers have decent pay and conditions.

When Disability News Service (DNS) approached him after the event to ask what a Labour government would promise on care charges during its first term in government, Streeting said the party was “working on it”.

He also referred to a review of the party’s adult social care policy that is being carried out by the Fabian Society.

DNS had told Streeting of research by disabled campaigners which showed tens of thousands of disabled people across the country every year were having debt collection action taken against them by their local authorities over unpaid care charges.

He said: “We know that the burden of costs on people is too high, we have heard some absolute horror stories about what this means for people and for their families and we want to get this right.

“We are not going to make promises we can’t keep just yet. That’s why we are doing the detailed work.”

Streeting promised that – contrary to the refusal of the party and the Fabians to make such a promise earlier this summer – the review will be co-produced with disabled people.

He said: “As an NHS patient, I’m determined to be the shop steward for patients in the NHS and I am just as determined to make sure that the voice of the care user is at the heart of our policy-making and decision-making.”

Asked if he could promise anything on care charging, he said: “We are hearing the outcry, we have got the message, we are working on it, and we will have more to say on this in the run-up to the next general election.”

He had earlier told the fringe meeting, hosted by the Future Social Care Coalition, that producing a National Care Service was “unfinished business” for Labour.

He said: “We can’t deliver it all overnight, we are not going to achieve the seeing of our ambitions in a single parliament, but we’ve got to make a start somewhere and my starting point, and the next Labour government’s starting point, will be to make sure that we can pay people the decent levels of pay, give them decent terms and conditions, and career progressions, so that we can recruit and retain great people, develop them through great careers and put them on a par with the NHS.

“And that’s my ambition as Labour’s next health and social care secretary because with great people we can provide great quality social care.”

Labour’s former health secretary Andy Burnham, now mayor of Greater Manchester, had told the same meeting that he wanted the party to “make it clear that we want social care provided on NHS terms, free at the point of use”.

But Labour’s shadow social care minister, Karin Smyth, told DNS the following day that she was “not over the detail” on the care charges issue and would respond to a question about Labour’s plans by email.

She had not responded by 11.30am today (Thursday).

But although shadow ministers avoided answering the question, party members approved a motion that called for a National Care Service that was co-produced with service-users, publicly funded, free of charge and guided by a taskforce on independent living.

The motion also referenced disabled people’s right to independent living, as described in article 19 of the UN Convention on the Rights of Persons with Disabilities.

The importance of the call for an end to care charges was highlighted at a fringe meeting held by the End Social Care Disgrace campaign, whose supporters include the disabled people’s organisations network Reclaiming Our Futures Alliance.

Helen Rowlands, co-founder of Cheshire Disabled People Against Cuts, and an executive council member of Greater Manchester Coalition of Disabled People, said: “Care charging is quite simply a tax on disability, it is unacceptable and it has got to end.

“These charges are pushing people with statutory care needs into debt with local authorities.”

She called for a ban on the use of bailiffs against disabled people who are in care charge debt.

She added: “Wes Streeting has got to listen to this.”