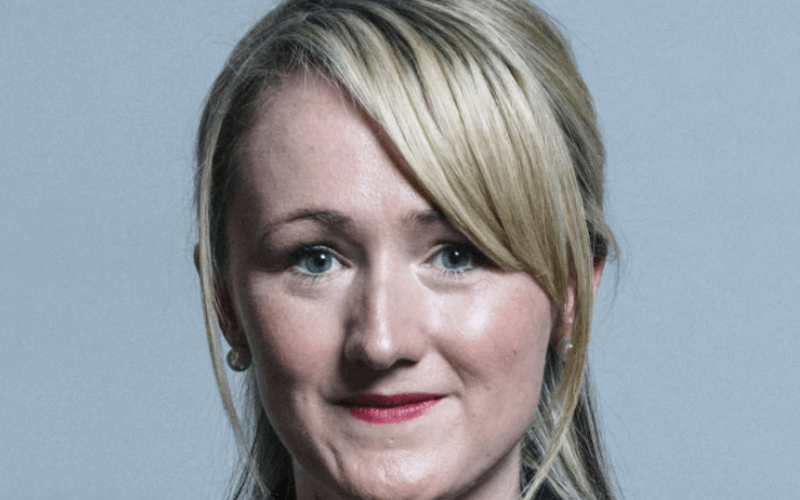 One of the front-runners to be Labour’s next leader has pledged to work in partnership with disabled people to develop party policy, if she wins the contest.

Rebecca Long-Bailey, the shadow business secretary and seen as the leading candidate for those on the left of the party, is one of four MPs still in the race to be the party’s successor to Jeremy Corbyn.

But she made firm pledges that, if she won the contest, the party would be committed to inclusive education, to solving the accessible housing crisis, and to working with disabled people to develop a national independent living service for England.

And she supported calls for an independent inquiry into deaths linked to the Department for Work and Pensions over the last decade.

But she was also forced to apologise after referring at a hustings event to a constituent with a brain injury she had helped as a “practical vegetable”.

A spokesperson told DNS: “Rebecca wanted to emphasise that the person she helped had suffered a severe brain injury.

“She meant to say that they were practically in a vegetative state, and apologises for her mistake without reservation.”

Of the other three candidates, Lisa Nandy also responded at length to the DNS questions, while frontrunner Keir Starmer ignored all but two of the six questions in his response. The fourth candidate, Emily Thornberry, had not responded to the questions by noon today (Thursday).

Long-Bailey (pictured) told DNS that successive Conservative-led governments had created a “hostile environment for disabled people” and that it was “shameful” that the UN’s committee on the rights of persons with disabilities had found the UK government responsible for “grave and systematic” violations of disabled people’s rights.

She said: “That policies, such as sanctions, are implemented despite the government’s own impact assessment acknowledging physical harm will be caused to claimants is the mark of a cruel and inhumane government.”

Long-Bailey repeated Labour’s election pledge to scrap universal credit, and went slightly further than her party did on benefit sanctions in the election campaign, promising to end rather than “immediately suspend” all sanctions.

And she promised to work in partnership with disabled people’s organisations to hold the government to account, and “force them to reverse on their reactionary agenda”.

On social care, she said she supported the idea of a national independent living service, although she declined to say if she backed the motion passed at last autumn’s party conference that would commit a Labour government to provide free social care funded by national progressive taxation.

But Long-Bailey said she wanted to work with disabled people’s organisations to develop the party’s policy on independent living, and “ensure the transport, education, housing, venues and indeed the Labour party itself are accessible for disabled people.

“As Labour leader I will work with disabled members, disabled trade unionists and disabled people’s organisations to ensure we take this approach.”

She pledged to ensure that Labour made the provision of accessible housing “central” to its housing programme, enforcing the Lifetime Homes standard as a condition for building homes.

But she had not confirmed by noon today (Thursday) whether this meant that all new homes would have to meet the Lifetime Homes standard on accessible and adaptable homes.

She offered no particular policies to show how she would do this for school-age disabled children, other than providing the “necessary funding”, but she did say that as prime minister she would place a duty on all higher education institutions to ensure their courses were accessible to all disabled students.

Asked for examples of how she had fought for disabled people’s rights, she said she had voted against the Tory government’s welfare reform and work bill in 2015, when acting leader Harriet Harman had called on Labour MPs only to abstain.

The bill included measures that cut payments to new claimants of employment and support allowance placed in the work-related activity group by nearly £30 a week, reduced the benefit cap, and froze many working-age benefits.

Long-Bailey said she had also campaigned for an end to universal credit and opposed cuts to public services.

She added: “I am determined that as Labour leader we will continue to advance the fight for equality for disabled people by continuing to develop policies in partnership with disabled people and their organisations.”

Long-Bailey also backed the Labour party’s election promise to implement the UN Convention on the Rights of Persons with Disabilities into UK law, which she said would be done by “working with disabled people every step of the way”.

She said that, as a Labour prime minister, she would “immediately reverse the cruel austerity program imposed on communities, disproportionately affecting disabled people and rebuild our services and society with advancing equality at its heart”.

She added: “The elected Senate I have proposed to replace the House of Lords would be tasked with scrutinising the impact of all legislation towards our goals of improving well-being, environmental sustainability and equality.

“I was proud that our party was the only party in 2019 with a manifesto developed by and for disabled people, with the principle of ‘nothing about you without you’.

“As the next Labour leader and prime minister, I will ensure we embody that principle across the party, empowering disabled people and enhancing their voices and increasing their representation.

“Every policy decision and every pledge will be co-produced by, with and for disabled people.”