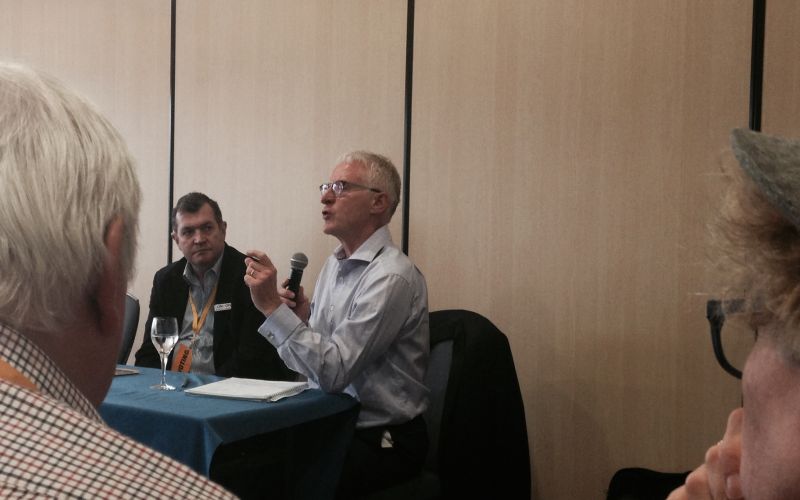 A former Liberal Democrat minister has welcomed the UN’s decision to carry out an unprecedented inquiry into “systematic and grave violations” of disabled people’s human rights in the UK.

Disability News Service (DNS) first revealed the existence of the inquiry last August and it was finally confirmed officially by Justin Tomlinson, the minister for disabled people, earlier this month.

Now Norman Lamb, who served as care minister for nearly three years under the coalition and is now one of his party’s eight remaining MPs, has told DNS that he welcomes the decision of the UN’s committee on the rights of persons with disabilities (CRPD) to launch the high-level inquiry.

Speaking after his party’s annual conference in Bournemouth, he said: “It’s a good thing to examine whether the rights of people are being in effect violated.

“This whole area does not get sufficient attention and the best way of putting a spotlight onto what is happening is by inquiries of this sort, highlighting what is going on.”

The inquiry was triggered by the grassroots campaigning organisation Disabled People Against Cuts (DPAC), which had grown increasingly concerned by the disproportionate impact of the coalition’s cuts on disabled people.

Over the last two-and-a-half years, DPAC has been submitting evidence to CRPD about “vicious and punitive attacks on disabled people’s independent living as well as the cuts which have seen so many placed in inhuman circumstances and has led to unnecessary deaths”.

Among the areas where DPAC says the UK government has breached the UN Convention on the Rights of Persons with Disabilities are through its decision to close the Independent Living Fund, the damage caused by the work capability assessment, the impact of benefit sanctions, the introduction of the bedroom tax, and cuts to social care.

Lamb delivered a widely-praised speech to his party’s annual conference in Bournemouth this week on the need for more resources for social care (and the NHS) and for equality for those with mental health conditions.

He told DNS that it was “hard to judge” whether the UN would have been investigating even graver violations of the disability convention if his party had not been in the coalition, but he said: “I absolutely know that the situation would have been much, much worse had it not been for us in there, and particularly in the area of welfare.

“I think everyone can see, if you look at the situation now [since May’s general election]… what the Tories are like without us. That indicates the battles that we fought throughout the coalition.

“It is pretty difficult with 57 MPs and we didn’t get any credit for it at the general election, but I think that many of the steps taken [by the Conservatives] since then demonstrate why our role was so important.

“I am very, very clear that we hold our heads absolutely high for the actions we took both in ameliorating what would otherwise have happened, but also in doing some very positive things ourselves.”