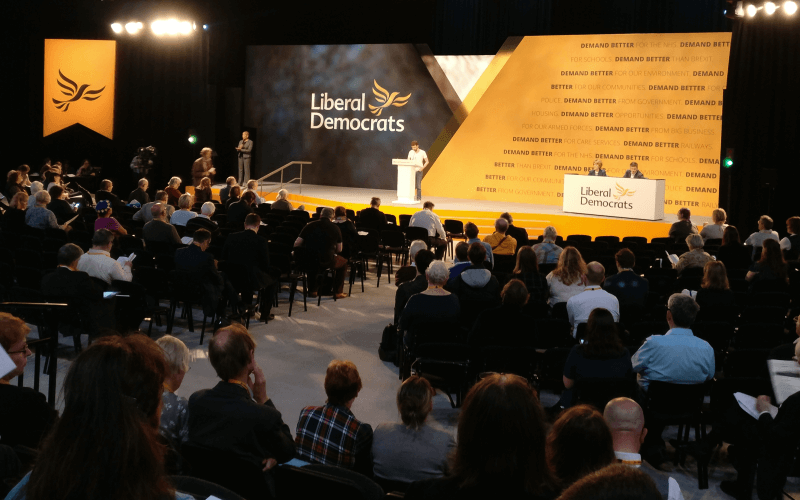 Liberal Democrats have called for an end to “discriminatory” laws that allow people with mental health conditions or learning difficulties who have capacity to make their own decisions to be detained against their will.

Current mental health legislation means that a person assessed as needing urgent medical treatment and assessment because of a “mental disorder” can be detained in hospital against their will.

But party members argued that detaining people based on whether they have a “mental disorder” was discriminatory, a breach of the UN Convention on the Rights of Persons with Disabilities, and discouraged people from being open about their mental health.

Party members voted at their annual conference in Brighton this week to demand sweeping reform of the law in England and Wales, despite substantial opposition.

They agreed that people with mental health conditions or learning difficulties should not be forced to have medical treatment unless they do not have the capacity to make a decision about whether they wish to have that treatment.

And they said that people should be able to make advance decisions – as defined in the Mental Capacity Act – to refuse detention or treatment.

They also fended off efforts from some party members to amend the motion so that individuals could be forced to be treated and detained, even if they had capacity, if their refusal would pose a serious risk of harm to themselves or others.

One delegate compared the current legislation to historic witchcraft and slavery laws, and the Spanish Inquisition.

He and others argued that people who have capacity to make their own decisions, but have a mental health condition or learning difficulty, should not face the possibility of being detained against their wishes in hospital.

Henry Jones (pictured, proposing the motion), who has a degenerative neurological condition, described how he had been held against his will in hospital for six months.

He had spoken at the time of wanting to end his own life because of his condition, and as a result “two large men showed up at my home” and took him into detention in a locked mental health ward.

He told delegates: “Even with my condition I had capacity. They treated me like an animal, they did everything they could to break me.

“It achieved nothing except to make me never ever want to engage with mental health services.”

But, he said, it did “make me want to reform the law before passing on”.

He said that if he had been treated “like a human” by mental health professionals he could have “talked openly about what was happening in my brain… it would have saved me and others around me four years of hell”.

He added: “All I am asking for is for us to have the same basic human dignity that other people have.”

Another party member, Andrew Muir, told the conference how his wife had been sectioned in 2006 after she complained about treatment she had received at a Scottish hospital.

She was forced to take medication while in detention for 51 days – when there was no evidence of mental ill-health – and was physically abused by staff, and then forced to take drugs for another year when she was released on a community order.

He also said that the review of the Mental Health Act 1983 – being led by psychiatrist Professor Sir Simon Wessely – should instead be led by a human rights expert.

He said: “In Scotland – and I am sure south of the border – we are stripping people of their basic right to be heard.

“People in the grip of mental illness, that’s when their human rights matter most.”

A string of mental health professionals spoke against the motion, including one who accused it of “muddle” and being “full of misconceptions”, and another who said it was “unworkable and not sensible” and would remove protections that were available in the Mental Health Act.

But one psychiatrist, Mohsin Khan, who supported the motion, pointed out that similar laws to those suggested had been introduced in some US states and Northern Ireland.

He said the motion “merely brings mental health in line with what happens with physical health”, and would allow adults “who have consistent, long-term capacity to rationally decide to make decisions for their own body for the future”.