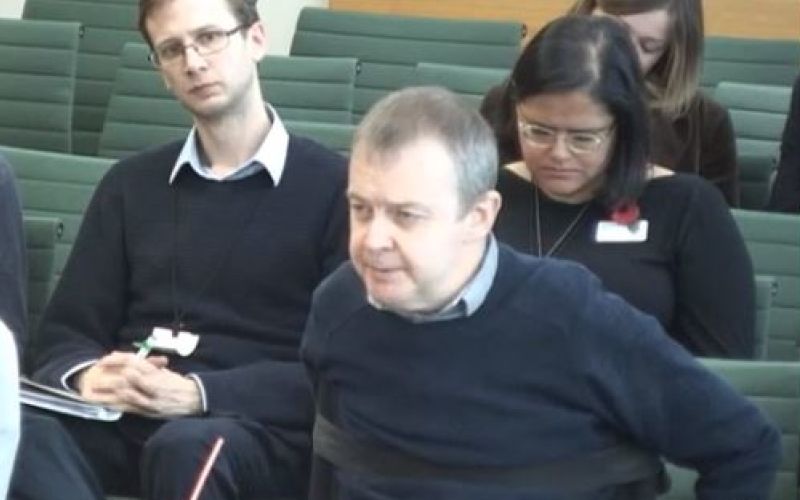 People with complex healthcare needs are being “blackmailed” by their local NHS bodies into accepting unsafe levels of care in their own homes, a committee of MPs has been told.

The public accounts committee was hearing evidence on the funding of NHS continuing healthcare in England.

Earlier this year, research by disabled campaigner Fleur Perry showed that more than 40 clinical commissioning groups (CCGs) appeared to be willing to move disabled people with high-cost support packages into residential or nursing homes against their wishes, even if the cost of a homecare package was only slightly more expensive than residential care.

The CCG policies apply to people who have complex health needs and have been assessed as eligible for care arranged and funded solely by the NHS, known as NHS continuing healthcare (NHS CHC).

He said: “What we believe is happening is CCGs aren’t actually serious about incarcerating people in nursing homes because we don’t believe that there are enough nursing home beds available.

He said that one 53-year-old man with four young children – who has been running his business from his hospital bed – had spent six months in hospital recovering from a spinal cord injury and “has been told that he’s expected to move into a nursing home and not be allowed to go home and live with his family”.

Matina Loizou, chair of the Continuing Healthcare Alliance, a group of charities and organisations campaigning for improvements to continuing healthcare, said cost-capping was “a really worrying trend”.

She said such policies were being introduced across England, forcing people to choose between “accepting an unsafe level of care and staying at home, say for 100 hours of care a week rather than the 168 that they’ve been assessed to need, or moving out to a care home, regardless of whether or not that is where they want to be, or if it has been assessed to be the most appropriate place for them”.

She said such policies were “being bulldozed through in places like Leicestershire without much due regard to public consultation processes”.

When asked about people being forced to accept lower care packages than they need, in a later evidence session held by the committee, Professor Jane Cummings, chief nursing officer for NHS England, said there was a “clear set of criteria” that CCGs had to follow.

She said that through an improvement programme and “much greater oversight” of NHS CHC through improved data collection “we should have a much better ability to assess how many times that happens”.

And she said there was “a review process in place where people can ask for support if they don’t feel they have got what they need”.

Last week, it emerged that the Equality and Human Rights Commission had written to CCGs where caps had been introduced to ask how those policies had been developed, and to threaten them with possible legal action, warning that they might not comply with the European Convention on Human Rights and the Equality Act.