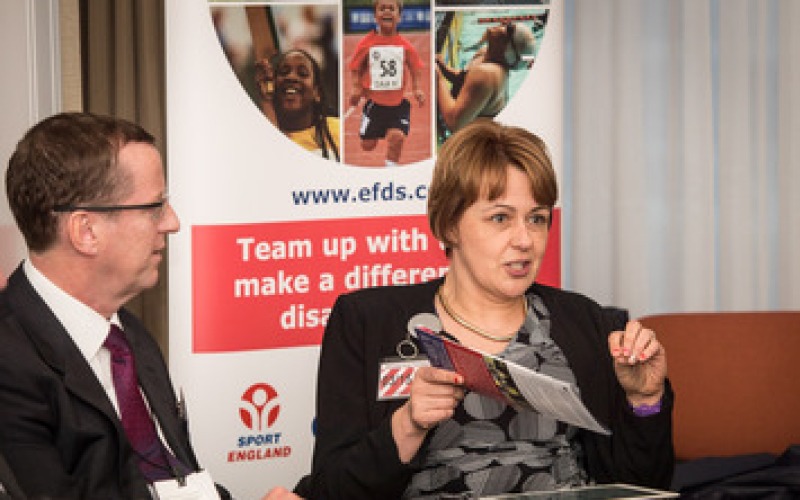 The number of disabled people participating regularly in sporting activity has fallen since the London 2012 Paralympic Games, according to official figures.

The fall in participation emerged as the government published a consultation document as part of preparations for a new sports strategy.

As well as issues around participation, the document – which looks mostly at England – examines problems such as generating commercial investment, persuading sports that have benefited from lucrative television deals to reinvest in grassroots sport, and ensuring that stadia and other infrastructure are accessible to disabled people.

The document says the number of disabled people playing sport once a week is “disappointingly low”.

Figures from Sport England’s Active People Survey, which has been tracking participation rates since 2005, show the proportion of disabled people over 16 taking part in sporting activity at least once a week peaked at 18.3 per cent in 2011-12.

The fall is important because one of the key elements of the supposed “legacy” from the London 2012 Olympic and Paralympic Games was to increase the proportion of disabled people taking part regularly in sport.

Baroness [Tanni] Grey-Thompson (pictured), one of Britain’s greatest Paralympians, now retired from sport, said it was a “good time” for the consultation, with just one year left before the Rio Paralympics.

She pointed out that the consultation document also asks how “limited financial resource can best be used” to support elite athletes at future Olympic and Paralympic Games.

She said the participation rates for disabled people were “interesting” and could suggest a failure to integrate disabled people into mainstream national governing bodies, while she also suggested that more disabled people needed to be employed within disability sport.

Keryn Seal, a key member of the British blind football team, who competed at London 2012 and hopes to compete at the Rio Paralympics, said he was “alarmed and saddened” by the figures.

He told Disability News Service that he was concerned for the future of his own sport in Britain if participation rates did not improve, as there had been few talented new players breaking through into the national squad since 2012.

He said: “If things do not get better, we may not have the next generation of players post-Rio and Tokyo [the host of the 2020 Olympics and Paralympics].”

One of his frustrations is that his team recently enjoyed a 17-match unbeaten run, which only ended with a 2-1 defeat to Argentina in the final of the International Blind Sports Federation’s fifth World Games in Seoul in May.

Now the British team will have to qualify in the top two of this month’s European championships in Hereford to qualify for Rio.

Despite the team’s success, and a sport that is “in the best shape it has ever been in” in Britain, there has been no influx of young blood.

Seal said there were a “whole multitude of factors we need to get right” to improve participation rates in blind football and across disability sport.

He said part of the problem was the lack of media interest in the years between Paralympic Games, particularly for blind football, which received “non-existent” mainstream coverage in comparison with some other para-sports, such as athletics and swimming, and all of the other team sports.

One of the problems is the greater need for volunteers than for athletes with other impairments, for example, to provide lifts to facilities that are inaccessible by public transport, guiding around gyms, or as running partners.

These are “the sort of things that are daunting for a blind person first starting out on their own in a sport”, he said.

Another issue is the availability of sporting opportunities for disabled children at school.

He said: “The most fortunate people I know who have got on in school sports are disabled athletes who have had fantastic volunteers to enable them to go out and do these things.

“It’s those kind of people at grassroots disabled sport who allow people like me to get to the top of our sport.”

Seal said it was also often impossible – because of data protection laws – to contact many of the visually-impaired children in a local area so as to alert them to the opportunities available.

But he said: “I think our sport really challenges you in terms of your spatial awareness, your confidence, your orientation, more than any other sport can, and that’s a thing that young visually-impaired kids can learn from coming into the sport.

“You can be more confident and you can be a more rounded individual just by trying out this sport.”

Sport England has set governing bodies targets to increase participation in each of 42 of the sports it has been funding since December 2012, but is not yet able to release figures on how successful this has been.

Among the investments made since 2012 are an £18.2 million inclusive sport fund to encourage more disabled people into playing sport; and £1.15 million to help 146 local sports organisations buy disability equipment.

It has also funded seven national disability sports organisations, between October 2014 and 2017, to support other sports bodies in creating sporting opportunities for disabled people; has partnered with Sainsbury’s on the supermarket’s £1 million Active Kids for All inclusive community training programme; and ensures that all of its own major capital investments make their facilities accessible.

The English Federation of Disability Sport – the national charity “dedicated to disabled people in sport and physical activity”, which received nearly £1.7 million funding in 2014-15 – has so far refused to comment on the fall in participation rates since London 2012.

Instead, it welcomed the consultation, and said in a statement that it had “some optimism that a new strategy could do much more to help disabled people become active”, while it “supports the need for a new participation strategy, but emphasises that inclusion and accessibility must be a top priority”.

The British Paralympic Association (BPA) said it was “concerned” by the statistics, but said the survey was “not the only measure available to consider the impact of London 2012 and what can be inspired in the future – we should see this as the start of a journey not the end point”.

A BPA spokeswoman said: “Our mission is to take the best prepared team to the Games, so we recognise that there are better-placed organisations to advise on what can be done to impact on grassroots participation.

“The success of our Sports Fest events since London 2012, the thousands who recently turned out for National Paralympic Day events across the country, and the substantial traffic we get to our Deloitte Parasport website, all indicate to us that there is still lots of interest in taking up disability sport and that Paralympic athletes still inspire people to consider sport as an option for them.”