You are here: Home / Independent Living / McDonnell hides from questions over promise to write ILF letter to Labour councils 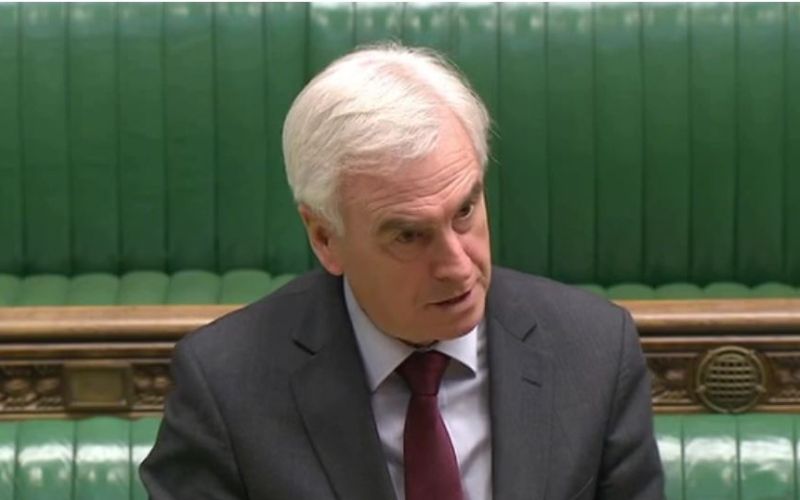 Labour is facing new concerns about its commitment to disability equality, after questions were raised over whether the shadow chancellor ever wrote a letter he promised to send to councils about the closure of the Independent Living Fund (ILF).

John McDonnell pledged at a parliamentary meeting in early September to write to every Labour-run local authority in England, asking them to ring-fence government money they receive to compensate for the ILF closure.

But McDonnell’s office has refused to answer questions about the letter, and none of the Labour-run councils contacted by Disability News Service (DNS) so far has been able to find any record of receiving such a letter.

The government money is handed to councils every year to contribute towards the support needs of former ILF-recipients, following the fund’s closure in June 2015, but the money was not ring-fenced by ministers and so many local authorities have used it for other purposes.

McDonnell (pictured) promised disabled campaigners at a packed parliamentary meeting in September that he would write to Labour-run councils, asking them to ring-fence the funding for former ILF-recipients.

He said: “We will do that. We will talk to individual councils about how they can protect the funding here.”

The meeting had been held to launch Inclusion London’s report, One Year On: Evaluating The Impact Of The Closure Of The Independent Living Fund.

The report included analysis of freedom of information responses received by Inclusion London from each of the capital’s 33 local authorities, which showed vast differences in the proportions of former ILF-recipients whose packages had been cut after the fund’s closure.

DNS has been trying for nearly four weeks to secure answers from McDonnell’s press spokesman about how councils responded to the letter, but other than acknowledging one email, he has refused to comment.

A spokeswoman for Labour-run Gateshead council said this week that no-one she had contacted about McDonnell’s letter “knows anything about it”, including the council leader and the cabinet member for social care, as well as “various people” in the social care department “who would have remembered if a letter from the shadow chancellor came in”.

A Derbyshire council spokesman said they were “checking all the channels that this letter may have been received by the county council but are not in a position to confirm we’ve received it at the moment”.

And a Lambeth council spokesman said he could not “find any evidence of it having arrived”.

Jonathan Bartley, co-leader of the Green party, who secured the promise from McDonnell in September, has written twice to the shadow chancellor’s office, asking to see the letter.

He said the urgency of the issue had been made “very clear” by disabled people who spoke at the Inclusion London meeting.

He said: “The independent living report left none of us in any doubt of the immense hardship being caused by local authorities of all political persuasions who are not ring-fencing the ILF money.”

He said there had been “huge support” at the meeting for his suggestion that McDonnell write to Labour-run councils.

He said: “If this hasn’t happened it is extremely disappointing at a time when many disabled people face real hardship and there is something that could be urgently done by Labour councils to help them.”

But it is just the latest in a string of actions by the Labour party that have left many disabled activists frustrated and angry.

Last week, DNS reported how the disabled crossbench peer Baroness [Jane} Campbell had attacked Labour’s “lazy indifference” to disability equality, after it abstained on a vote in the House of Lords that would have forced bars, shops and restaurants to ensure their premises obeyed laws on accessibility when renewing their alcohol licences.

Labour has also failed to appoint a shadow minister for disabled people since Debbie Abrahams was promoted to shadow secretary of state for work and pensions in June.

And last month, Abrahams’ office invited a disabled people’s organisation to speak at the launch of her disability equality roadshow, and then withdrew the invitation after discovering that it wanted to talk about independent living.

Bartley said he could not see a justification for Labour abstaining on the Lords vote.

He said: “It is one disappointment after another at the moment [with Labour].

“I want to be as constructive as possible. We really want to work with Labour and SNP [on disability rights issues].”

But he said Labour had missed “a really great opportunity to do something positive” with the licensing amendment.

He said: “In my local community, a third of the shops, bars and restaurants you can’t access as a wheelchair-user [his son uses a wheelchair].

“It’s not right that the onus is on the disabled person to make that complaint. It puts them in a very awkward position in their community.

“It puts another burden on them… when this is an issue of basic, fundamental rights.”