You are here: Home / Human Rights / Memorial and procession will highlight need for reform after brutal murder 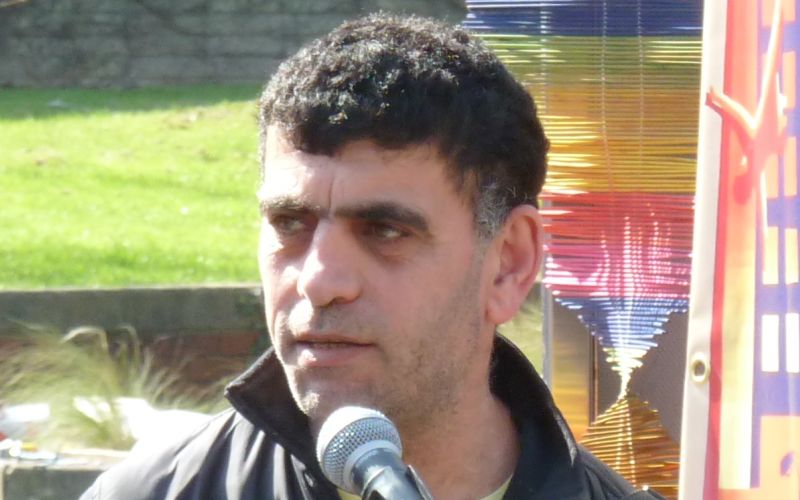 Campaigners will take part in a procession later this month to mark the murder of a disabled asylum-seeker and highlight the need for sweeping changes to the system that failed him.

Disabled asylum-seekers and activists, grassroots groups, academics and policy-makers will come together for the event in Bristol, nearly two years after Kamil Ahmad’s murder.

Public bodies in Bristol faced allegations of institutional disablism and racism after his death, the second time in three years that a disabled refugee had been brutally murdered in the city.

Campaigners hope the event on 29 June will build momentum for justice for other disabled asylum-seekers, and reform of the policies and practices that are failing them.

Honouring Kamil: Disability and Migration is part of the Bristol Refugee Festival 2018 and will begin with the installation of a memorial to Kamil and other disabled asylum-seekers and refugees who have been failed by the system.

The memorial – a reproduction of a mural made by Kamil and other disabled asylum-seekers as part of a UK Disabled People’s Council project – will be hung in the foyer of Bristol’s City Hall.

The installation will be hosted by the city’s mayor, Marvin Rees, and will be attended by members of Kamil’s family and relatives of Bijan Ebrahimi, another disabled refugee who was murdered in Bristol in 2013 after being failed by the authorities.

It will be followed by a procession, and then speeches, workshops and discussions about the challenges faced by disabled asylum-seekers in Bristol and across the UK.

Among disabled people’s organisations supporting the event are Bristol Disability Equality Forum, The West of England Centre for Inclusive Living, Disabled People Against Cuts (DPAC), Inclusion London and the Reclaiming Our Futures Alliance.

Event co-organiser Rebecca Yeo, a friend of Kamil, has been researching the causes and possible solutions to the injustices experienced by disabled asylum-seekers.

She said: “It appears that policies are often tested on asylum-seekers before being brought to the wider population.

“When rights were taken away from disabled asylum-seekers in 1999, there was little response from the disability movement.

“More than a decade later, similar policies were extended to disabled citizens.”

But asylum-seekers also became subject to “forced dispersal”, a “more coercive version of the bedroom tax”, in which they are forced to move away from support networks to areas of low-cost accommodation.

Yeo said: “A wheelchair-user who will be speaking at our event was forced to move away from family and friends, was then housed in an inaccessible flat and was reliant on passers-by for help getting in and out.”

Yeo, who is based at University of Bath, said: “If we had responded more strongly in 1999, perhaps we would be in a very different position today.”

Ellen Clifford, a member of DPAC’s national steering group, said: “Kamil never gave up his loving nature and sense of justice, despite the horrific experiences he had been through.

“It seems fitting that one of the ways of honouring his memory, together with others who have been failed by the system, is by creating a stronger movement for change.”

Among other organisations supporting the event are Bristol Hospitality Network, Bristol Refugee Rights, University of Bath, and regional union bodies from TUC, the Fire Brigades Union and the National Education Union.