You are here: Home / Human Rights / Mental Health Act review ‘is just tinkering around the edges’ of reform 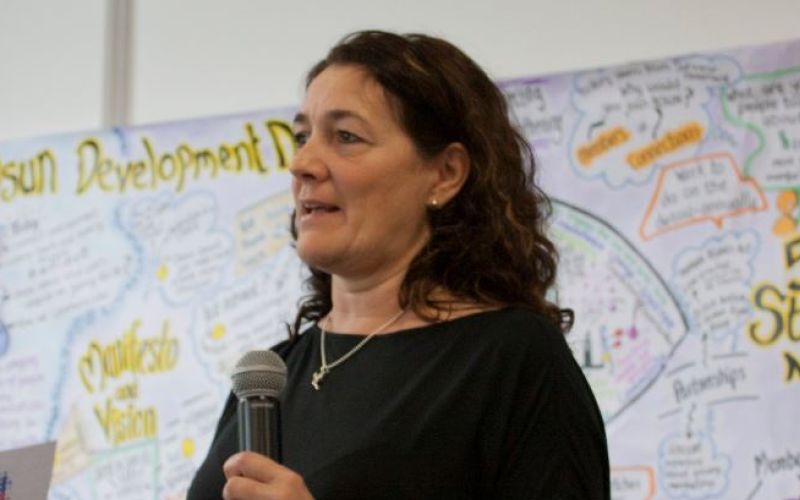 Mental health survivors and service-users have been left “underwhelmed” by the interim report of a review into mental health legislation in England and Wales ordered by the prime minister.

One campaigner said it was clear that the review – chaired by Professor Simon Wessely –was “tinkering around the edges” of the Mental Health Act (MHA) and would not be recommending any “dramatic reform”.

She and others raised concerns that the review team appeared to have dismissed calls by the UN’s committee on the rights of persons with disabilities (CRPD) for the government to carry out major reform of mental health legislation that would bring the country into line with the UN disability convention.

And there was also frustration that the review appeared to be ignoring the importance of funding and “depleted” mental health services.

Sarah Yiannoullou (pictured), managing director of the National Survivor User Network and a member of the review’s advisory panel, said she was “very critical” of the “very short” time allowed for engagement with service-users.

She added: “Our main concern is that it is more of a tinkering around the edges of the current legislation rather than any dramatic reform.”

She was also concerned at the review’s failure to take more account of the UN Convention on the Rights of Persons with Disabilities.

She said: “It feels like it isn’t being considered, that actually it is being avoided. We were hoping it would be fundamental to the review process.”

Yiannoullou also raised concerns at the review’s failure to conduct a “real exploration of user-led groups or resources” and said it had not “gone far enough” on the key issue of the disproportionate number of people from black, Asian and minority ethnic (BAME) communities detained under the act, although she accepted that it was just an interim report.

Alexis Quinn, who is autistic and has taken part in the review’s consultation process, said he was “delighted” that there has been an independent review and that it has been “service-user focused”.

He said: “I am someone who can attest to the lack of dignity and respect from staff in the ‘care’ and ‘treatment’ I was supposed to receive. I have been detained more than 30 times in the past five years.

“I have been restrained 96 times in the NHS (I know this from my clinical notes) and secluded approximately 20 times.”

But he said he was “really upset” that the review had so far not been strong enough on the practice of detaining autistic people and those with learning difficulties under the MHA even if they do not have a mental health condition.

He said this failure “continues the discrimination that this review was supposed to end”.

He said: “Autism is not a disorder and it cannot be treated.

“How can the government collude with and have persons held for treatment [under section three of the act] when the thing they are being ‘treated’ for isn’t a disorder but a brain difference! I am saddened that this burning injustice will continue.”

But he said the interim report had so far succeeded in highlighting issues concerning the way that people are detained.

He said: “The way I was detained, often by police in times of distress, was uncalled for and the ‘care’ I received was not acceptable.

“Let’s be honest – forced treatment is an oxymoron. When you are being forced by six staff, all holding you down on the floor and removing your trousers to expose your bum for injection, we can hardly call this ‘care and treatment’, especially when there is no treatment for my condition: autism.

“Staff are too stretched, beds are in such short supply that oftentimes I felt I was more in a prison than a ward.

“The report is right in suggesting that people’s choices are oftentimes disregarded – as a ‘service user’ I can attest to the fact that this happens and it isn’t because our ideas are bad or not worthy of paying attention to but rather because there isn’t the staff, the time or the money to fund resources properly.”

One leading commentator on mental health issues, Kay Sheldon, who has personal experience of detention, said she was “under-whelmed” by the interim report.

She said on Twitter: “Nothing about resources – as cause or solution. The MH Act is being used to manage the risks caused by depleted services.

“[Service-users] consistently say that it’s the quality of relationships that make the difference – which staff don’t have time for now.

“People with a severe mental illness are detained for a few weeks then discharged on a [community treatment order] due to pressures on beds and staff.

“The system has become coercive and is experienced as punitive.”

They say that an “aspiration of the review was and remains to reduce the number of individuals subject to compulsory detention”, while it was already clear that the system of community treatment orders (CTOs) needed to change.

The latest MHA statistics show that black people are nine times more likely to be given a CTO than white people, says the report.

The report appears to dismiss the kind of major reforms to mental health legislation called for by the UN’s CRPD, which said last year that the government should “repeal legislation and practices that authorise non-consensual involuntary, compulsory treatment” and the detention of disabled people “on the basis of actual or perceived impairment”.

The review says the UN’s approach would mean a “fundamental recasting not only of the MHA but also of the MCA [Mental Capacity Act]”, before adding: “We are not minded to recommend the complete repeal of both the MHA and MCA.”

The report warns that two-thirds of service-users who have been subject to detention under the MHA and expressed a strong view said they did not feel they had been treated with dignity and respect, with reports of “physical violence, verbal abuse and threats, bullying and harassment, sexual predation, pain-based restraint, coercive reward and punishment systems for access to open air, leave or family contact”.

Among the review’s early conclusions is that the provision of advocacy is “patchy” and that its “standards are variable”.

The report also says that the “experiences of people from black African and Caribbean heritage are particularly poor and they are detained more than any other group”.

And it says it has “heard concerns about inappropriate use of the MHA in relation to people with a learning disability or autism, potentially linked to lack of appropriate alternative provision in the community”.