You are here: Home / Human Rights / Minister frustrated at lack of post-Winterbourne progress

A government minister has criticised the “intolerable” failure of the NHS and local authorities to remove people with learning difficulties from out-of-area assessment and treatment units and return them to their home areas.

The Liberal Democrat care and support minister Norman Lamb told a meeting of the all-party parliamentary group on learning disability of his “great frustration” at the failure to reduce the number of people in such units.

The meeting discussed progress with the government’s Winterbourne View action plan – or concordat – which was signed by more than 50 organisations in December 2012, after undercover filming for the BBC’s Panorama had revealed a regime of “appalling and systematically brutal” abuse at a privately-run assessment and treatment unit near Bristol.

The action plan aimed to ensure that all people with learning difficulties staying in in-patient beds received “personalised care and support in appropriate community settings” no later than 1 June 2014.

But the meeting heard that that deadline had been missed, and there were still more people being admitted to assessment and treatment units than were being discharged.

Simon Parkinson, Mencap’s director of external relations and communities, said that service-users in places like Winterbourne View were at significant risk of abuse and neglect, with frequent physical assaults and use of anti-psychotic medication, restraint and seclusion.

Mencap says an “urgent priority” is the development of local expertise and services, and that NHS England, the Local Government Association and other organisations that signed the concordat in December 2012 “must deliver on their promises” and commit to removing the red tape and funding barriers that prevent many people from returning home.

A number of families who have relatives in out-of-area assessment and treatment units attended the meeting, and brought pictures of those relatives with them.

One of them, Phil Wills, told how his 13-year-old son Josh, who has autism and had been displaying “life-threatening, self-injurious behaviour”, was sent from a hospital near the family home in Cornwall to an assessment and treatment unit in Birmingham, 260 miles away.

He is still there nearly two years later, while nearly 180,000 people have signed a “Bring Josh Home” petition on the Change.org website.

Wills said: “What is needed is good quality care close to home, within county. Children like Josh… should be able to ask for mummy and daddy and expect them to be there by their side within the hour.”

Lamb said that his efforts to improve the system had been the “most depressing” part of his ministerial job since he took it in 2012.

He said: “Scroll forward to 2014 and it is business as usual and that is intolerable.

“The great frustration as minister responsible if you make a very clear position… you get organisations to commit and then nothing happens.”

He said he was unable to order a national closure programme because of the way the system was run and operated.

Lamb said he had asked NHS England to address the need for effective advocacy and for families to have the option of a second opinion about the treatment of their relative.

He said: “There is still I’m afraid a culture in the system that treats people with learning disabilities and autism as second-class citizens.

“It just doesn’t matter as much if you get it wrong with someone with a learning disability compared to someone with cancer or a heart problem. That culture has to change and be tackled head on.”

He added: “I feel deeply depressed by the scale of the challenge and how difficult it is to change culture so far as learning disability is concerned.”

Lamb said the way the system operated was “completely unacceptable”, but he would do everything he could to change it in the time left before the 2015 general election.

Hazel Watson, head of mental health and learning disabilities for NHS England, told the meeting that she and her colleagues knew when the first figures were published in March that progress on the concordat “was not good enough”.

She said NHS England was now taking a “more disciplined, organised approach”, but that it “really had some work to do with providers and commissioners”.

Watson said NHS England believed that about 900 people would be discharged from assessment and treatment units in the next year, but that was still only 35 per cent of the total.

She said progress was being made but was slower than it should be because of the shortage of alternatives to assessment and treatment units, such as community and crisis services.

She said: “We know it’s not enough and it’s not fast enough. We need to speed up the redesign of services.” 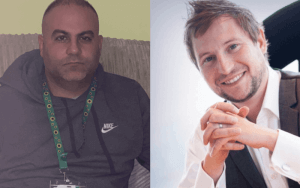