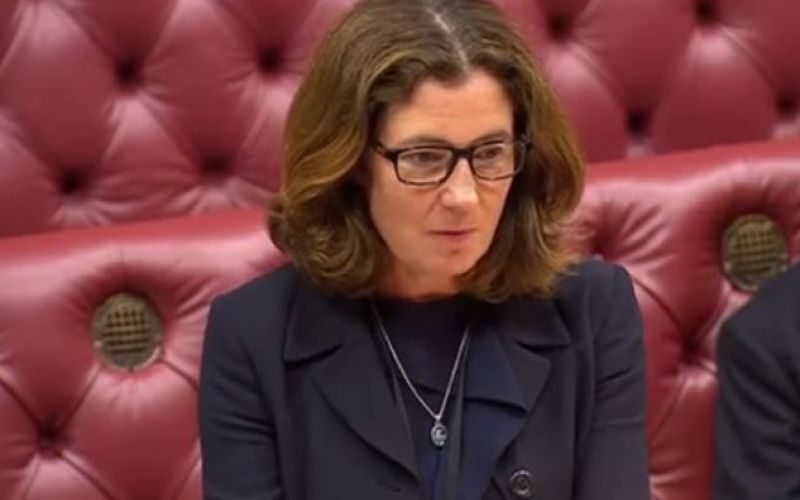 A minister is facing accusations that she misled the House of Lords over the government’s “devastating” decision to allow a security firm with “an appalling history of abuse and mismanagement” to run the national equality advice helpline.

The Equality Advisory and Support Service (EASS) was set up in October 2012 to replace the Equality and Human Rights Commission’s (EHRC) own helpline, and the government has now handed the contract to G4S.

But a report by the House of Lords Equality Act 2010 and disability committee in March concluded that EASS – currently run by the outsourcing giant Sitel – should be returned to the EHRC, “either in-house or as the contract managers for a tendered-out service”, a conclusion that was strongly supported by the EHRC.

Despite that support, the government’s response to the report claimed the EHRC “did not express an interest” in taking the service in-house.

In last week’s Lords debate on the report, the disabled crossbench peer Baroness [Jane] Campbell said that government claims that the EHRC did not want to bring the service back in-house were “not true”.

She said: “The EHRC flatly refutes this, saying it strongly supports our recommendation, and made clear to the government its concerns about EASS, and its desire to take back responsibility or at least greater control.”

But when the Conservative Home Office minister Baroness Williams responded to the debate (pictured), she claimed that the EHRC “did not bid to operate the helpline itself, nor did it propose operating it in discussions with the [Government Equalities Office]”.

Asked this week why Baroness Williams appeared to have misled peers, and whether she would be apologising to the House of Lords, a government spokesman refused to answer the question.

Instead, he issued a statement claiming there had been “an open and competitive tender process, amongst providers who had expertise in running a helpline”, and that G4S had “offered the most cost efficient tender”.

An EHRC spokesman confirmed that the commission had asked the government to bring EASS back in-house.

He said: “We wanted responsibility for running the service and we have been clear to government on that.

Baroness Campbell told peers last week that when the Disability Rights Commission (DRC), for which she was a commissioner, ran its own helpline, it was “one of the DRC’s prime assets, enabling it to monitor the kind of problems disabled people were experiencing”, while some of its key legal cases “started with a call to the helpline”.

She said: “The new contract has now been awarded to G4S, which is devastating news.

“It beggars belief that a company with such an appalling history of abuse and mismanagement could have been appointed to provide such an important and sensitive service.”

A petition calling on the government to reverse its decision to hand the service to G4S and allow EHRC to run it instead has so far attracted more than 60,000 signatures.

And more than 40 disability, equality and human rights organisations – including Inclusion London, Equal Lives, Liberty and Sisters of Frida – have written to the parliamentary chairs of the joint committee on human rights and the Commons women and equalities committee to express their “profound concern” at the award of the contract to G4S, which they said had “earned a reputation for serious, systemic mismanagement and discrimination”.

Their letter calls for “a parliamentary investigation into both the tendering process and the suitability of G4S to deliver this vital service”.

Last July, the Government Equalities Office published a memo which showed that, of all the enquiries made to EASS, 62 per cent related to disability.

Of roughly 2,200 enquiries a month made to EASS since 2012 – the memo revealed – 24 per cent were about a failure to make a reasonable adjustment for a disabled person.