You are here: Home / Human Rights / Minister suggests ‘realities of the world’ mean government will not halt attack on rights 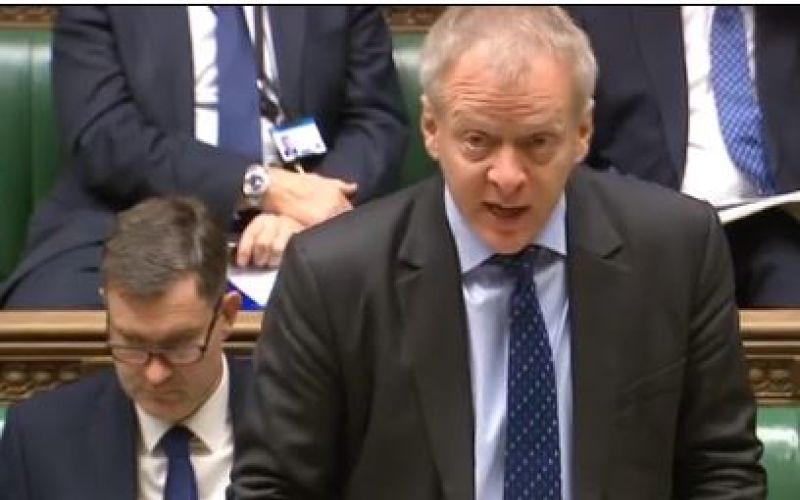 The justice minister responsible for human rights appears to have dismissed calls for the government to do more to protect the social and economic rights of disabled people and other groups.

Dr Phillip Lee, a junior justice minister whose responsibilities include human rights, was speaking at the launch of the Equality and Human Rights Commission’s (EHRC) new report detailing Britain’s progress in implementing the International Covenant on Economic, Social and Cultural Rights.

In a speech at the launch, he appeared to suggest that “the realities of the world” – including population growth, an ageing society, and mass migration – and “finite resources” meant the government could not afford to meet the report’s call for action on the rights laid out in the covenant.

The covenant includes the rights to work, including safe and healthy working conditions, to social security and an adequate standard of living, to the highest attainable standard of physical and mental health, and to education and cultural life, and it was ratified by the UK in 1976.

The EHRC report concludes that the “overall picture” with the UK’s implementation of ICESCR “remains deeply concerning”, with “persistent challenges in relation to a number of economic and social rights and, in some instances, further deterioration”.

The report also says that the government has “failed to show why its tax, policy and legal reforms since 2010 were necessary and fair, and how they align with human rights standards”.

It adds: “Social security reforms made by successive UK Governments since 2010 have had a particularly disproportionate, cumulative impact on disabled people, resulting in a regression of their rights to independent living and to an adequate standard of living and social protection.”

Lee (pictured) said he recognised the rights laid out in the covenant and said the EHRC report provided a “timely” and “useful summary” of the commission’s views on the government’s progress in its implementation.

He said it highlighted “some key issues and certainly gives us some pause for thought”.

He also insisted that the government was progressively implementing the rights in the covenant, for example by spending £1.6 billion on legal aid in England and Wales*; ensuring an unemployment rate close to a 40-year low; strengthening the national minimum wage; and tackling the gender pay gap.

But he then said that he wanted to “talk from the heart a bit”.

He said it was “all very well talking about social and economic rights” but the world was changing “at an ever increasingly-fast pace”, with population growth, developments in artificial intelligence, an ageing population and migration.

“So although I congratulate you on your work and can fully recognise that it is well-motivated – don’t think it isn’t shared by everybody across the political spectrum – but I have to deal with the realities of the world as it is.”

He said that solutions were “not easy and they are going to get harder because of population growth, resources being finite as they are”.

And he added: “I think we need to talk about this in more depth and with more candour across the political spectrum than we have previously.”

But Virginia Bras-Gomes, chair of the UN committee on economic, social and cultural rights (UNCESCR), told Disability News Service (DNS) later that there was a “growing concern” among her committee that progress in realising those rights had “come to a standstill”, although not just in the UK (see separate story).

She said the UK government appeared to “know what the difficulties are” – including migration and an ageing population – but she said: “What I don’t see happening in many countries, including the UK, is that not everything is being done to use the resources the country has to deal with the difficulties.”

She said: “There is a growing defiance on the part of developed countries to say, ‘look at all the difficulties we face, we cannot go beyond what we have done already.’”

Among the recommendations in EHRC’s report, it says the government should examine the reasons for higher levels of poverty among groups such as disabled people, children, refugees and asylum-seekers, and “develop a strategy to address these factors”, while it should monitor the effects of the four-year benefits freeze.

It also calls on the government to implement the public sector socio-economic duty under the Equality Act 2010, which would impose a duty on certain public bodies to have “due regard” to reducing socio-economic disadvantage when taking major decisions.

The report also says the UK government should assess how well employment support programmes help disabled people find and stay in work, and commit to producing regular reports on its progress towards reaching its target of one million more disabled people in work by 2017.

The launch event was organised by EHRC and the Just Fair consortium of UK human rights organisations.

It also heard from Cathy, a member of Croydon Disabled People Against Cuts, who has several long-term health conditions, and described how she had been repeatedly reassessed for both employment and support allowance (ESA) and personal independence payment (PIP), and had won many appeals after initially being found ineligible for the benefits by the Department for Work and Pensions.

She said: “I’ve lost count of the number of winters I’ve gone without gas and food, and skipped Christmas.”

Last year, she was awarded severe disability premium for the first time, but it lasted only four months before she was reassessed yet again, lost that entitlement, and was moved back into the ESA work-related activity group and again lost her entitlement to PIP.

Her entitlement has now been restored in the last few days, but only after she was forced to live for eight months on ESA and depend on food banks and other charities.

Because of the drastic shortage of social housing in Croydon, she is scared to ask to be rehoused – even though her flat is now inaccessible to her – in case she is forced to take housing outside Croydon, or even outside London.

She said: “Since 2010 my constant persecution and torture by reassessment has taken its toll on my health, I feel like I can never break out of the cycle and just live on what I’m fully entitled to from the DWP.

“In the last 10 months I have met some amazing people, some severely disabled, and they have given me courage to speak out and protest against cuts and austerity, but I don’t think we should have to do this to get our voices heard – how is it fair that the people who face the biggest barriers in life are the ones being hit the hardest?”

*The EHRC report says spending on legal aid is now £950 million lower than in 2010, following the government’s legal aid cuts and reforms.