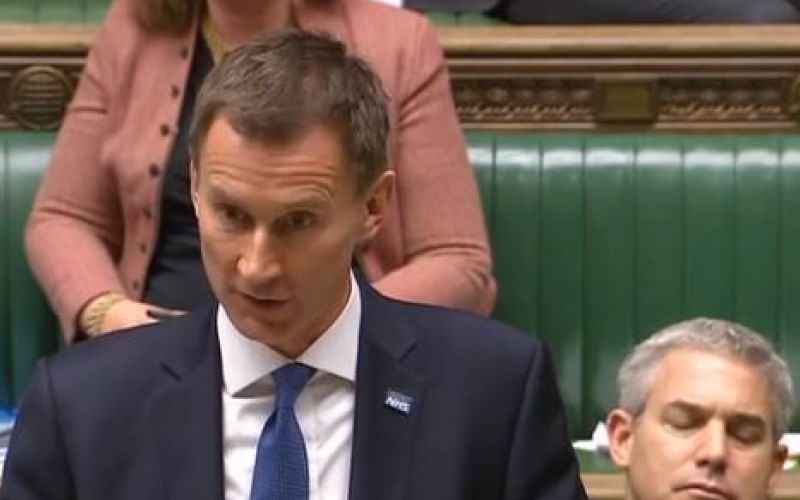 This week’s ministerial reshuffle saw the number of ministers in the department rising from five to six, with Philip Dunne sacked and the appointment of two new ministers of state, Stephen Barclay and Caroline Dinenage.

It is not yet clear which minister will take responsibility for social care, or whether that role will remain with Jackie Doyle-Price, although health secretary Jeremy Hunt (pictured) is now the health and social care secretary.

But the government also confirmed that DHSC – and Hunt – would be taking on responsibility for the forthcoming social care green paper, which will set out the government’s proposals on care and support for older people and was previously being led by the Cabinet Office.

The reshuffle came as the government faced mounting calls to take action on the social care funding crisis.

In November, the Equality and Human Rights Commission confirmed that it had asked a barrister to examine whether there needed to be a legal right to independent living for disabled people, because of concerns that their right to choice and control over their lives was being “eroded”.

The same month, chancellor Philip Hammond – who kept his job in the reshuffle – failed to provide any new money for social care in his budget, or even mention it in the budget report.

And in August, the UN’s committee on the rights of persons with disabilities warned that the UK was “going backwards” on independent living, and called on the government to draw up a “comprehensive plan” to address the problem.

It also emerged this week that prime minister Theresa May had attempted to move Hunt to another department, but he had refused.

The reshuffle also saw home secretary Amber Rudd taking on the second role of minister for women and equalities, after education secretary Justine Greening – who previously held that post and reportedly refused to become the new work and pensions secretary – left the government.

Professor Peter Beresford, co-chair of Shaping Our Lives, said: “Even Mrs May in her attempted reshuffle seemed to have reached the point of realising that Jeremy Hunt was a corrosive influence on health and the NHS.

“But instead of shipping him out as she wanted to, she has actually extended his role to social care.

“Whether this is just a bit of blather to signify renewed efforts to unify health and social care, we don’t know.”

But Beresford said there were also “more worrying possibilities”.

There have been growing concerns raised by many disabled activists about links between the Department for Work and Pensions and the Department of Health, with last month’s work, health and disability strategy repeatedly stressing the need to “join up work and health”.

A Department of Health and Social Care (DHSC) spokeswoman confirmed that DHSC would be taking on responsibility for the social care green paper.

The government has already made clear that the needs of working-age disabled people will be addressed through a “parallel programme of work”, and not covered in the green paper.

He said: “That’s even more concerning given the appalling history of welfare reform under this administration.”

Sue Bott, deputy chief executive of Disability Rights UK, said: “If Jeremy Hunt’s increased role means that the crisis surrounding social care is to be taken more seriously, that is to be welcomed. However, his track record on the NHS does not offer much confidence.”

Linda Burnip, co-founder of Disabled People Against Cuts, said: “To put Jeremy Hunt, the man who almost single-handedly has been responsible for the decimation of our NHS, in charge of salvaging social care and producing a green paper as well further terrifies people and reinforces the disdain that the Tories have for us.”

She highlighted how Hunt had tweeted, after the announcement, that “the litmus test of a civilised society” was “how we treat the elderly”, and then went on to talk about leadership of the health and social care systems.

Burnip said: “He seems totally unaware that anyone under 65 years of age is eligible for care and support to live independently.”

She said that neither Hunt nor Esther McVey, who was appointed as the new work and pensions secretary, were “fit to be MPs, let alone hold any office”.

Disability rights activist Alice Kirby was also critical of the move to give Hunt greater responsibility for social care reform.

She said: “Keeping on Jeremy Hunt would have been bad enough, but concerningly he’s potentially been given more responsibilities over social care.

“In his first Twitter post speaking about the change, he entirely focused on the care of elderly people and failed to recognise that social care needs to be prioritised for disabled people of all ages.

“And while Theresa May said this reshuffle was about ‘ensuring the government looks more like the country it serves’, none of the members are (openly) disabled**.

“She’s shown that when it comes to diversity, we don’t count.”

He said: “The Department for Health was already responsible for social care policy.

“As health minister responsible for social care, I took the Care Act through parliament – introducing a cap on care costs that has since been abandoned by the Conservatives.

“So what does this new title actually mean? Unless the government is proposing a radical change to social care funding, it looks like mere window dressing.

“This kind of gimmick is no substitute for finding a long-term solution to the crisis facing the NHS and social care.”

A DHSC spokeswoman said in a statement: “From today the department will be renamed Department of Health and Social Care, taking on responsibility for the forthcoming social care green paper which will set out the government’s proposals to improve care and support for older people and tackle the challenge of an ageing population.

“All costs associated with changing the department’s name will be kept to a minimum.”

DHSC had been unable by noon today (Thursday) to explain the reason for the change in the department’s name.