You are here: Home / Politics / Ministers agree to carer abuse review after refusing to include disability rights in new bill 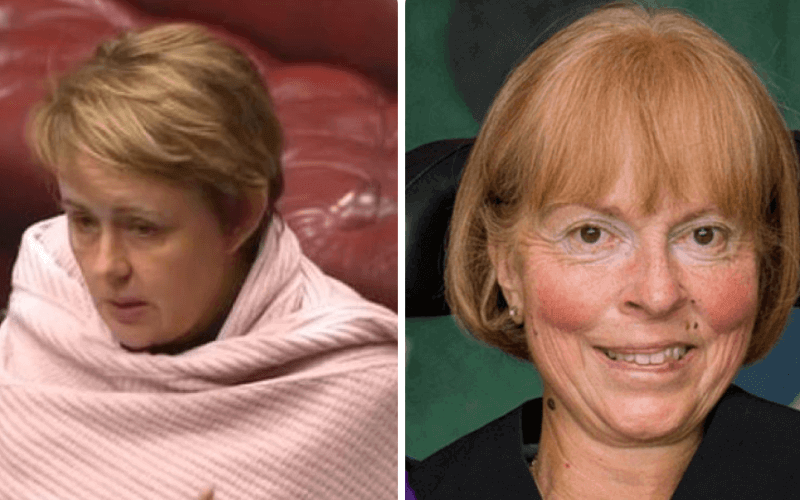 The government has agreed to launch a year-long review into the protection and support available to disabled people who are abused by their carers.

The review will examine the protections and support currently available, and the barriers to access to justice, and will include the Department of Health and Social Care, the Home Office, the Disability Unit and the Ministry of Justice.

Ministers also say it will look at existing criminal laws, safeguarding legislation, regulation by the Care Quality Commission, the protections available for those using non-regulated care and the support available for survivors of abuse by carers.

The disabled crossbench peer Baroness [Jane] Campbell (pictured, above right) welcomed the announcement and said it was a “good concession” and a “small achievement”.

The government only agreed to carry out the review after refusing to extend protections included in their domestic abuse bill to disabled people abused in their homes by paid care workers and personal assistants, and friends and neighbours who carry out unpaid caring duties.

Attempts to extend those protections had been led in the Lords by Baroness Campbell and another disabled crossbench peer, Baroness [Tanni] Grey-Thompson (pictured, above left).

But after securing cross-party support in the Lords, their amendments were overturned by MPs, with the junior Home Office minister Victoria Atkins promising instead “a review of the protections for people at risk of carer abuse”.

Another Home Office minister, Baroness Williams, then met with Baroness Campbell and Baroness Grey-Thompson, telling them that their work had led the government “to think long and hard about disabled people being at the mercy of their carers”.

Baroness Campbell told Disability News Service (DNS) afterwards: “I stressed the need for this to start without delay and for disabled people to be involved throughout the process.

“There had to be solutions, particularly in the light of the pandemic.

“It was agreed that the review would be evidence-based and, importantly, that legislation would be considered if the review demonstrated a need.

“The minister accepted it must also be mindful of disabled people’s difficulties in reporting abuse.”

Following the meeting, Baroness Campbell told fellow peers that she now accepted that the bill could not be extended to cover abuse by paid care workers and personal assistants, and friends and neighbours who carry out unpaid caring duties.

But she told them she was “currently confident” that the government had “taken on board the deep concerns… at the exclusion of disabled people from the bill.

“I believe that they are committed to finding alternative means to address carer abuse, as the current protections are clearly inadequate.”

She added: “Carer abuse – as evidenced throughout the pandemic and during earlier debates and pre-legislative scrutiny – must not continue unchecked.

“Disabled people deserve to have equivalent protection – no less.”

She told DNS that the review was a “good concession” as there had been little hope of extending the legislation to cover carer abuse.

She added: “I pushed for the amendment largely to shine a light on this very hidden menace, which blights the lives of disabled people.”

She also praised the support and advice through the course of the bill from the user-led organisation Stay Safe East, which works with disabled survivors of domestic and sexual abuse, hate crime and other forms of abuse, and its former chief executive Ruth Bashall.