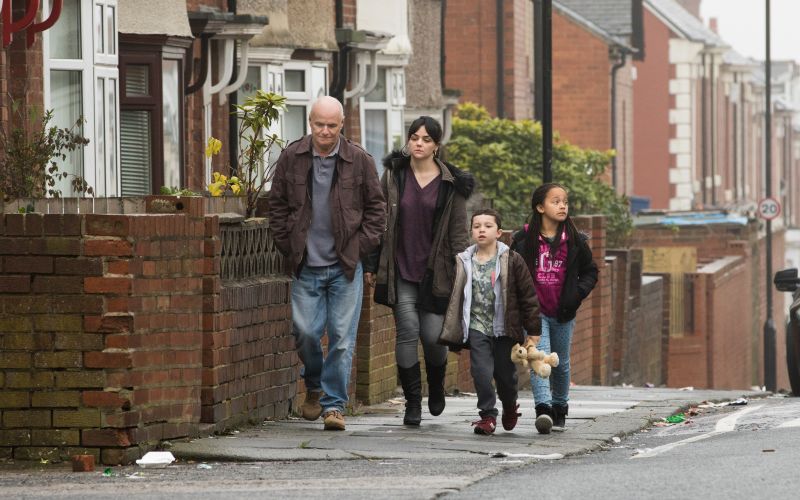 He was speaking ahead of the national release of his critically-praised new film, I, Daniel Blake, which tells the story of a man with a heart condition who becomes caught up in the work capability assessment (WCA) system.

The film (pictured), which won the Palme D’Or at this year’s Cannes Film Festival, also addresses links between the complexity, unfairness and cruelty of the social security system and the increase in the use of foodbanks.

Loach also backed the idea of seeking a criminal investigation into the failings of former Department for Work and Pensions (DWP) ministers Iain Duncan Smith and Chris Grayling.

The Scottish-based grassroots group Black Triangle – supported by DNS – is seeking to persuade Police Scotland to investigate the refusal of Duncan Smith and Grayling to act on a letter written by a coroner weeks before the 2010 general election that warned ministers that the WCA process risked causing further deaths of people with mental health conditions.

Black Triangle, other disabled activists, and the families of at least two claimants who are believed to have died as a result of those uncorrected flaws, want to see the ministers prosecuted for the Scottish offence of wilful neglect of duty by a public official because they failed to act on that letter.

Loach told DNS that such a prosecution “sounds a good way of challenging them”, although he stressed that he did not know whether there was enough evidence to justify taking such a case.

The idea for the film came, says Loach, from the “extraordinary” stories he and his writing partner Paul Laverty kept hearing about the WCA, which he said came “one after the other” in the newspapers, through online campaigns and via Twitter.

As they investigated the issue, Loach and Laverty visited about six towns and cities, including London and Glasgow, but mostly across the Midlands and the north of England, where they heard “story after story”.

They also talked to organisations like Black Triangle, and individual disabled people, which Loach said was “hugely valuable in covering the ramifications and the details of the system”.

Following that research, Laverty developed the two main characters, and then wrote the first draft of the script.

Loach said the most striking aspect of what they were told was the “perversity” of the system, which he said was the “common denominator” of people’s stories.

“You would find one route blocked off, so you would turn somewhere and go along another path to get resolution or solve a problem or get someone to speak to you and that would cut out and you would find somewhere else,” he said.

“It’s snakes and ladders all the time. You go up a ladder and then you’re down a snake.

“That was the common denominator that came time and time again.”

The character at the heart of the film, who has to deal with the WCA system, is not, says Loach, “an extreme case”.

“There are so many stories we could tell, so many different perspectives, much harsher experiences than there are in the film,” he said.

“We were very conscious that we didn’t want to make it an extreme case.

“We wanted to say to people who haven’t been through it, ‘This could happen to someone like you, as well as someone who has plainly got a serious health issue.’”

He said he hoped that disabled people and those with health conditions who have been through the WCA system will feel that their experiences have been “recognised” by his film.

He said: “I would hope they would feel that somebody was expressing a little bit of what they experienced, that there is something that rings true to them, given their experience, and they feel at least acknowledged.”

And he said he hoped that it would encourage them to join people in similar situations and “make their voices heard” and campaign for change, and “just feel confident enough to carry it further”.

Loach’s films stretch back over five decades and are known for their strong focus on issues of social justice, illustrating his own socialist principles, including Up The Junction, Poor Cow, and more recently Raining Stones, Bread and Roses, The Wind That Shakes The Barley – which also won the Palme D’Or – and Land and Freedom.

But I, Daniel Blake is also released 50 years after Cathy Come Home, the hugely-influential film Loach directed for the BBC in 1966, and which led to the formation of Crisis, the charity for single homeless people.

Loach said there was a “common denominator” between the two films.

“The common denominator is a state that knows – in the 60s it was a housing issue that we made the film about – the social problems that they have created; they refuse to do anything about them to solve the fundamental issues, so they punish the people who are suffering because of it.

“It was the same in housing [in the 1960s]; they weren’t building houses, they chose not to, and they dealt with people who were therefore homeless very harshly, and it destroys families, and they would sooner do that than solve the problem.”

But Loach stressed that the film had to be character-driven, despite the many distressing stories and information they had heard about.

“You just start with the stories you hear and try and tell the truth of the situation,” he said.

“Once you have done the general research, which Paul did most of, and you have written the characters, then all the research is there to inform how you tell the story, but what’s going to drive it is the people in the film and they have to be individuals and not ciphers to make an argument.

“You just want to tell a story that gets to the heart of it, to the essence of it.

Meanwhile, Black Triangle used a local premiere of the film in Newcastle this week to launch a new campaign, in association with fellow grassroots network Cross Border Alliance.

Their Cradle 2 Grave campaign – backed by both Loach and Laverty – highlights “the violation and systematic abuse of human rights of those unfortunately relying on the state for health and financial assistance”.

They hope to raise money through crowdfunding to launch a national poster campaign, with posters “in every town and city across the UK”. Donations can be made through the Cradle2Grave website.