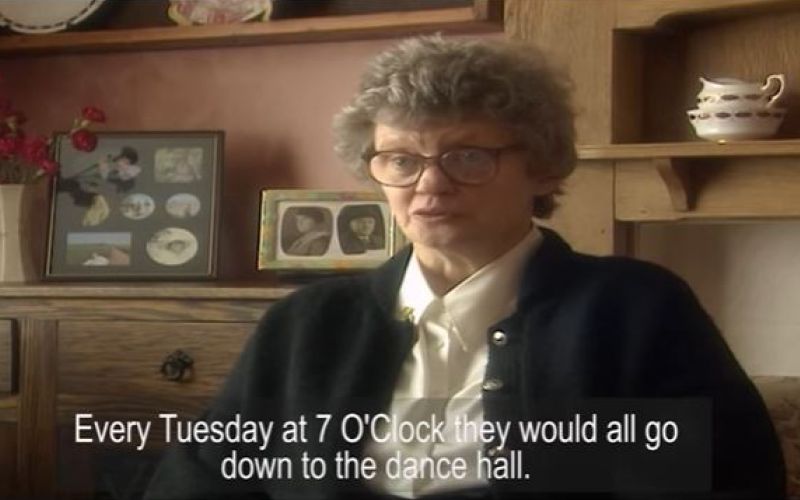 Campaigners hope that a new website will educate children – and their teachers – about the “eugenicist agitation” that led to tens of thousands of people with learning difficulties being incarcerated for life throughout much of the twentieth century.

The new educational resource* is built around the film No Longer Shut Up (pictured), which tells the story of disabled campaigner and self-advocate Mabel Cooper, who was institutionalised in the 1950s, and kept in long-stay hospitals for more than 30 years, as a result of bogus assessments of her IQ.

Legislation introducing widespread detention of people with learning difficulties was first brought in through the 1913 Mental Deficiency Act, and was based on the same eugenicist ideology that would lead to forced sterilisation and racist immigration control in the US, and the extermination of tens or even hundreds of thousands of disabled people by the Nazis in the 1930s.

On her release, Cooper worked to increase awareness about the old long-stay hospitals, and was awarded an honorary Open University degree in 2010, three years before she died.

The website, launched in parliament this week as part of UK Disability History Month (DHM), includes activities for both mainstream and special educational provision, and covers issues such as disability rights, discrimination and bullying.

Among those subjects, it examines “the impact of attaching labels to people”, daily life in the long-stays, how disabled residents resisted the hospital regimes that oppressed them, and the new challenges created when increasing numbers of people like Mabel Cooper began to be returned to live in the community from the 1980s.

The website also examines how many disabled people, particularly those who are autistic, are still being locked up against their will in assessment and treatment units.

And it examines the use of disability-related language, the subject of this year’s DHM.

Richard Rieser, DHM’s coordinator, said that the kind of “false science” that led to Cooper’s incarceration was still being used today to assess how children should be educated, for example through 11-plus exams.

He said: “We are hoping that schools will all start using this to show how science can be misused and show how people can be affected in such a dramatic way.

“We need to uncover these things that have gone on, both in the past and in the present.

“It’s about looking at the past but also how we change things in the present to get greater equality for disabled people.”

Rieser told the parliamentary event that it was vital that people with learning difficulties were supported to “become voices for their own rights”, as Mabel Cooper had done.

He said that disabled people had always resisted oppression and that “we must build that resistance now and we must ask non-disabled people to be our allies”.

Patrick Burke, founder and chair of People First Merseyside for more than 25 years, told the launch event about some of his own experiences of being institutionalised for more than 20 years in a long-stay hospital.

He said: “We need to get [young] people involved at a very early stage, so they understand what is happening.”

Rieser said later, at an event held to launch UK Disability History Month, that the way language was used can either empower or disempower disabled people.

He said: “We live in a world where if you triumph over the tragedy you become a superhuman on Channel 4.

“What about the rest of us? Are we lesser humans or ‘under-humans’?

“Should all disabled people be measured [against the Paralympics]? I don’t think so.

“Or should we all be seen as the government would like us to be seen, as scroungers… the not quite deserving poor?

“This is the language used to describe us and it has an impact and leads to death on the streets.”

He pointed to the deaths of disabled people like Kevin Davies, Raymond Atherton and Francecca Pilkington, who all died as a result of disability hate crimes.

Louise Regan, vice-president of the National Union of Teachers, said the resource was “going to be a really valuable tool for our members in schools, and also to educate themselves”.

*The resource is a collaboration between the Living Archive of Learning Disability History Project (led by the Open University, working with Rix Research and Media and the University of Leeds), UK Disability History Month, Access All Areas theatre group, and the self-advocacy training organisation Advocreate. It has been funded by the Arts and Humanities Research Council 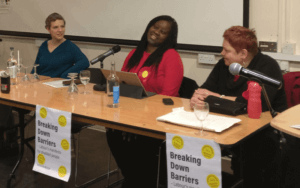