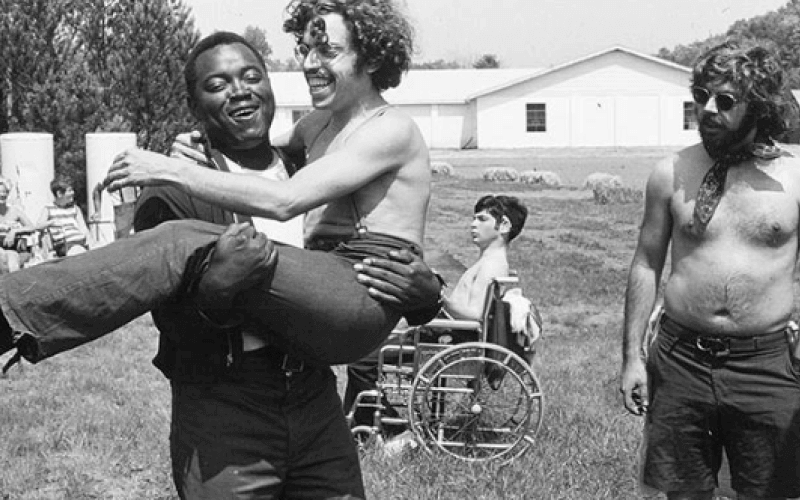 A new investigation has revealed that disabled benefit claimants are being pressured on the phone to accept thousands of pounds less than they are owed by the Department for Work and Pensions (DWP).

The investigation by the Guardian’s Frances Ryan claims DWP has been telling claimants who have appealed against decisions to deny them benefits that they must decide immediately whether they want to accept an offer.

The Guardian was told that DWP is “trying to settle cases that could lead to payments of significantly more each year if they go to a tribunal”.

Fazilet Hadi, head of policy for Disability Rights UK, said: “If this is the case, this is an egregious abuse of power.

“The DWP needs to stop undermining the legitimate need of disabled people to receive the benefits to which they are entitled to live independent lives.

“There is no dignity nor real term saving in such actions.”

The lead architect on the refurbishment of Grenfell Tower has told an inquiry that he could not remember assessing how disabled people would be able to escape if there was a fire, a newspaper has reported.

The Evening Standard said that a November 2012 email from another staff member to those working on the refurbishment project stated that there would be “no refuges” for disabled people, adding: “I assume the intention is for vulnerable people to refuge in other flats on the same floor before being evacuated by the fire brigade.”

The first report of the inquiry into the fire described last October how disabled residents were failed repeatedly by both London Fire Brigade and the organisation that managed the building on behalf of Kensington and Chelsea council.

Autistic campaigners reacted angrily yesterday (Thursday) after former Tory cabinet minister Sir Oliver Letwin warned of the risk of a cyberattack by “some autistic person or some strange youths sitting in some place in the world”.

His comments on BBC Radio Four’s Today programme led Neurodivergent Labour (ND Labour) to issue a statement condemning what it said was “bigotry at the heart of Tory attitudes to autistic and other neurodivergent people”.

ND Labour said: “These are not careless words by one individual, but a particularly crass example of a political view that sees people who are different as a threat.

“This comes from a former member of a government which presided over the criminalisation and demonisation of autistic people and cuts to the services we need.”

Clark said on Twitter: “I hope he reflects on this. I’m exhausted by autism being used as an acceptable insult and autistic people deemed potential criminals.

“We’re more likely to be the victims of crime.”

She said that conflating autism and criminality was “bigoted and ignorant and required robust challenge”.

Justin Webb, the BBC presenter who failed to challenge Letwin’s comments during the interview, apologised to Clark for not doing so.

He replied to her on Twitter: “Yes sorry I hold up hand – I felt in that split second that it wasn’t malicious and didn’t want to derail discussion but I can see why you’re disappointed and obviously what you say about autism is quite right.”

A human rights festival will this month show a critically-acclaimed documentary that charts how a summer camp for young disabled people transformed lives and shaped the future of the disability rights movement in the US.

The documentary Crip Camp – co-directed by film-maker Jim LeBrecht, who attended Camp Jened himself in the early 1970s – is being shown as part of this month’s Human Rights Watch Film Festival London.

Crip Camp (pictured), which won the audience award for US documentaries at this year’s Sundance Film Festival, will be shown at the Barbican cinema on 17 March at 6.10pm and at Regent Street Cinema on 18 March at 6.15pm.