You are here: Home / Crime / Officers cleared over ‘attack’ on man with autism

Two police officers have been cleared of all charges in connection with an incident in which they were alleged to have chased a disabled man from Luton before one of them beat him.

But both officers, PCs Christopher Thomas, 33, and Christopher Pitts, 39, are still suspended while the neighbouring police force in Leicestershire carries out an investigation into alleged misconduct.

PC Thomas had denied racially-aggravated assault and both men denied two counts of misconduct in a public office.

Both were cleared of the charges following a trial at Aylesbury crown court. They were also cleared during the trial of perverting the course of justice.

But there was shock at the verdicts among those who had campaigned for justice for Faruk Ali, who has autism and was allegedly attacked on 20 February as he helped to return wheelie-bins to the front of his own and his neighbours’ homes in Luton, as he did every Thursday morning.

The incident was apparently witnessed by neighbours and at least one passer-by, while members of Ali’s family say they saw the alleged assault continue inside the house.

Faruk’s brother Kodor told Disability News Service that the family were “extremely disappointed with the outcome of the criminal trial” but “respect the decision”.

He said: “This decision has given us renewed determination to see justice is served and with immediate effect we have instructed our legal team to begin civil proceedings.”

Leicestershire police are still investigating the incident and an earlier alleged assault against Ali that took place in 2011 – again at the hands of Luton police – with their work being overseen by the Independent Police Complaints Commission.

The incident in February caused such anger in the community that Ali’s family organised a public meeting at a Luton community centre.

One senior Bedfordshire police officer told that meeting that the incident had given the force “cause for concern” about the disability equality training received by its officers, and whether they were “fully up to speed”, so he had asked the College of Policing to review its training “around vulnerability and disability awareness”.

Bedfordshire police chief constable Colette Paul said this week: “I am sorry for any distress caused to Mr Ali, the officers involved and their respective families.

“However, it was right that this matter was referred to an independent investigation and that a due legal process was followed.

“The force acted swiftly after receiving the allegations against these individuals and has supported Leicestershire police’s investigation throughout.”

She added: “We note the decision of the court and will be reviewing all of the evidence put forward during the trial.

“I ask for a measured approach and assistance from the community whilst misconduct issues are being considered.” 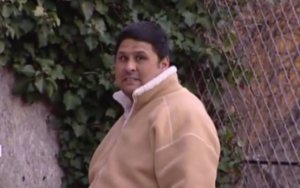 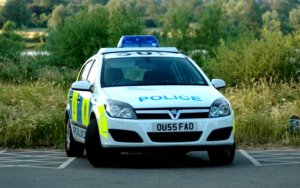