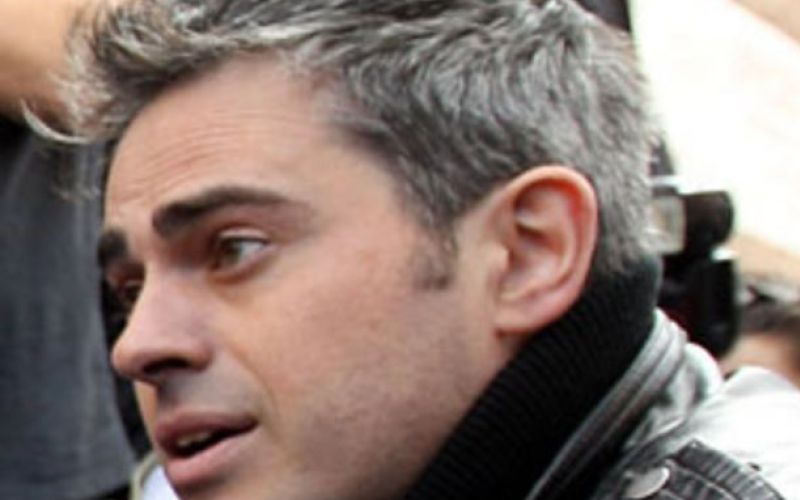 Three opposition parties have called for an independent inquiry into claims that ministers failed to show secret reports into the deaths of benefit claimants to the independent expert they commissioned to review their “fitness for work” test.

The apparent cover-up was exposed last month by Disability News Service (DNS), after a Department for Work and Pensions (DWP) response to a freedom of information request suggested that seven confidential “peer reviews” were not shared with Professor Malcolm Harrington as he prepared his final report into the work capability assessment (WCA) in 2012.

It is just the latest evidence to emerge that has implicated former work and pensions secretary Iain Duncan Smith and former employment minister Chris Grayling in covering-up evidence of links between WCA flaws and the deaths of benefit claimants, particularly those with experience of significant mental distress.

After DNS reported the latest alleged cover-up, Jonathan Bartley (pictured), co-leader of the Green party, called for an independent inquiry into the “shocking” claims and into the wider issue of claimants whose deaths have been linked with government welfare reforms.

He was later joined in his call for an inquiry by Debbie Abrahams, Labour’s shadow work and pensions secretary, who also described the Harrington revelations as “shocking”, and by Baroness [Celia] Thomas, the disabled peer who speaks for the Liberal Democrats on disability.

Bartley said: “There should be an independent inquiry covering all deaths of people receiving benefits, as well as the actions of Chris Grayling and Iain Duncan Smith.”

He said the Greens were concerned that current assessments for disability benefits were “neither fair nor proper” and were “contributing to the deaths of some claimants”.

He said: “Evidence continues to mount that this is the case, and the extremely alarming revelation that secret reports were not shown to an independent review into the DWP’s fitness for work assessments makes the need for an inquiry ever more pressing.

“Such an inquiry should be tasked with examining the DWP’s assessment measures, and determining whether its procedures have contributed to claimants’ deaths.”

Bartley added: “The more time passes without an inquiry, the longer concerns will remain and questions will hang over the procedures used by the department to handle benefits.

“It is essential that all pertinent questions have been asked, and that any relevant lessons have been learned. At present it is impossible to feel confident this is the case.”

DWP only started collating its peer reviews into benefit-related deaths centrally from February 2012 and Professor Harrington published his final report on the WCA in late November of the same year.

DWP admitted in its freedom of information response last month that “there were seven peer reviews, from February 2012 until Professor Harrington’s report of that year, in which the terms ‘WCA’ or ‘Work Capability Assessment’ were mentioned”, but that it “does not hold any information to confirm or deny” if they were shared with Professor Harrington.

Redacted versions of these and 42 other peer reviews were finally released in May this year, following another DNS freedom of information request and a ruling from the information rights tribunal.

Professor Harrington, who carried out reviews of the WCA in 2010, 2011 and 2012, has told DNS he has “no recollection of seeing any of the reviews” and that “such damning indictments of the system – if seen – should have triggered a response from me. It didn’t.”

Professor Harrington had already told DNS in 2015 that he believes DWP did not show him a letter that had been written in late March 2010 by a coroner to ministers following the suicide of Stephen Carré in January 2010.

When they were appointed in May 2010, Duncan Smith and Grayling assumed responsibility for responding to the letter, which raised serious concerns about the safety of the WCA, and which called for a review of the DWP policy not to seek medical evidence from a GP or psychiatrist for all those applying for out-of-work disability benefits who had a mental health condition.

Duncan Smith and Grayling appear to have dismissed the letter, and failed to show it to Professor Harrington, while deciding to roll out the test to hundreds of thousands of long-term claimants of incapacity benefit, many of whom had mental health conditions.

After being told of the latest revelations about the peer reviews, Abrahams said: “It is shocking to think that information may have been kept from Professor Harrington by this Tory government so we would fully support further investigation into this matter as part of a wider independent review into the deaths of people receiving social security under this callous government.

“Any review of deaths relating to the social security system must look at this government’s policies, including their development and implementation.

“It must also look carefully at the role that political leadership and departmental culture have played in social security-related deaths.”

She added: “Labour has committed to scrapping the Tories’ punitive sanctions regime under our plans to transform the social security system.”

Baroness Thomas called for an inquiry into the DWP’s apparent failure to pass vital information about the WCA to Professor Harrington, as well as requesting an urgent meeting with ministers.

She said: “We need to know whether the DWP has taken major action to remedy the flaws in the work capability assessment, particularly for claimants with mental health issues, and people with learning difficulties.

“The information being uncovered is extremely worrying and it is clear that we need some real answers from the government.

“That is why I am calling on the ministers to sit down with me and lay out a clear plan to find a solution that ends this crisis.”

Last month, DWP said it did not believe there should be an inquiry into the apparent failure of Duncan Smith and Grayling, and senior civil servants, to pass on key information to Professor Harrington about the safety of the WCA.