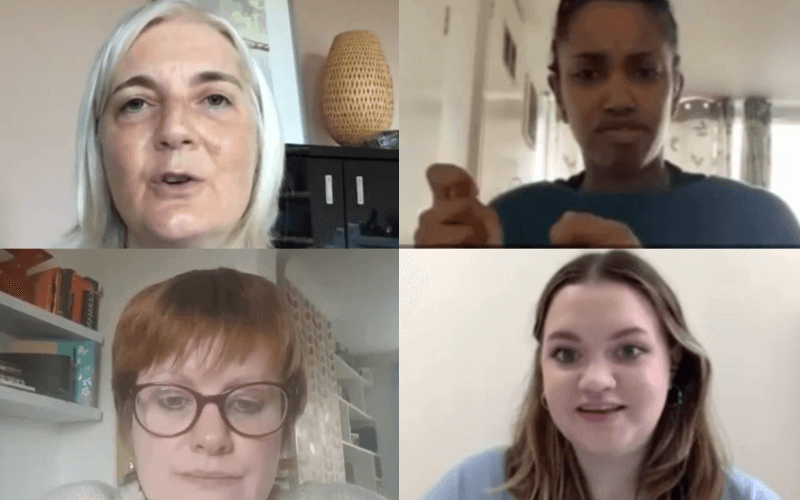 Proposals by a user-led commission for sweeping reform of the social security system – including a new “extra costs” benefit for disabled people – have secured overwhelming support in a consultation exercise.

More than 1,100 people responded to a draft plan drawn up by the Commission on Social Security, led by Experts by Experience.

The commission wants to replace the current working-age benefits system with something that is no longer “guided by stereotypes and myths about disabled people and people in poverty”.

Its three core proposals are to ensure a guaranteed decent income (GDI) of about £220 a week for a single adult and about £320 for a couple; to more than double child benefit to £50 per child per week; and to introduce a new extra costs benefit to replace personal independence payment (PIP).

Of those who responded to the survey, nearly nine in 10 of them (88 per cent) agreed with the GDI idea, described by one commissioner, Catherine Hale, as “the main bedrock of our proposals”.

Four in five (79 per cent) either agreed or strongly agreed with the commission’s proposal to replace PIP with a new personalised payment to cover the extra costs of disability.

And 96 per cent agreed with its suggestion that disabled people who receive disability benefits should be involved in planning and designing the system from the beginning*.

More than nine in 10 (92 per cent) agreed that the government should set up a new department that was separate from its efforts to support people into work, a move which would effectively split up the much-criticised Department for Work and Pensions.

There was also strong support for higher benefit rates (89 per cent) and for free social care (87 per cent).

Under the commission’s proposals, the new extra costs disability benefit would be co-produced with claimants, with higher rates of support, and assessments in line with the social model of disability, while it would recognise that disabled people are the experts in how their impairment affects them.

The new benefit would be increased every year and based on the principle of minimum intrusion and bureaucracy.

The commission, funded by Trust for London, was launched in 2019 to develop a new social security system in which claimants would be treated with dignity, trust and respect.

Yesterday (Wednesday), the commission held an online event to preview its ideas, before a launch later this year or early in 2022 of its final, detailed proposals.

Disabled activist Ellen Morrison, co-chair of the commission, said: “All of us involved in the commission have lived experience of the benefits system, we know how it’s failing, and through our consultation, where thousands of people [shared their thoughts] there is only consensus that the current system causes immense harm.”

She said that a new system “could not be more needed”, adding: “The cut to the universal credit uplift, the failure to extend that uplift to legacy benefits during the pandemic, the increase in energy bills, food prices going up, all of this hits people who rely on social security the most.

“And that’s why, when we demand that things have to change, whether that’s in meetings, protests, or social media posts, we want to do this alongside a vision of what we want instead.”

She said the commissioners had learned that “there is no perfect system”, but they said their key question now was whether their proposals were “significantly better” than the current system.

The idea for a grassroots, user-led project on the future of social security was first suggested by Dr Michael Orton, from the University of Warwick’s Warwick Institute for Employment Research, himself a disabled person with experience as a benefit claimant.

The commissioners have been supported by Orton and three other academics and researchers: Dr Rosa Morris, who has personal experience of the work capability assessment and three years ago completed a PhD examining the assessment process and disability benefits; Dr Kate Summers, from the London School of Economics; and Austin Taylor-Laybourn, from Trust for London.

Morris told yesterday’s event that it would be vital that a new social security department was “based on dignity and respect”.

She said the proposals were about “a completely new vision for social security” that would mean “everybody has enough money to live on and gets support with extra costs”.

But she said it must also be “a system that doesn’t stigmatise and scapegoat people but instead tries to treat people… with dignity and respect.

“And importantly, it is a system which is developed, designed and implemented in partnership with people who are affected by the policies themselves.”