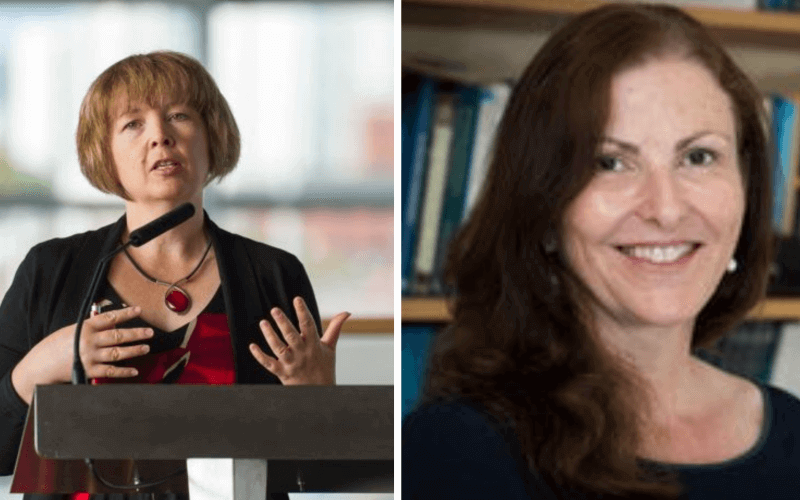 The levels of exclusion experienced by disabled people in Wales during the pandemic led many to report confusion, helplessness, abandonment, isolation, fear and frustration, according to a ground-breaking, disabled-led report.

The Locked Out report*, commissioned by the Welsh government, details how the pandemic led to medical discrimination, restricted access to public services and social support, exclusion from public spaces and public life, restrictions on independent living and an erosion of basic human rights.

The report, which was controlled and co-produced by disabled people, concludes that the evidence it collected over the last year suggests that disabled people feel their lives are “less valued” in Welsh society.

This is particularly reflected in their experiences of discrimination and exclusion when they tried to access public services during the pandemic, says the report.

The report also highlights how official statistics showed that 68 per cent of COVID-related deaths were of disabled people, even higher than the 58 per cent figure in England.

But the report says there was “nothing inevitable about this statistic”.

Instead, it describes how social factors including discrimination, poor housing, poverty, employment status, institutionalisation, lack of personal protective equipment (PPE), “poor and patchy services” and “inaccessible and confusing public information” contributed “significantly” to this figure being so high.

The report concludes: “Official statistics expose how disabled people in Wales bore the brunt of COVID-19 deaths: a fact we note that has barely been commented upon by national or regional media.

“This is a ‘silence’ that suggests a certain acceptance of a degree of inevitability among politicians, the media and the public, which we do not and cannot accept, because to do so would make us complicit with the implied conclusion that disabled people’s lives are more expendable.”

The report says that many disabled people believed that the problems they faced during the pandemic were caused not by the Welsh government, but by the “attitudes, inactions and exclusionary behaviour” of other public agencies that it funds.

They believed the Welsh government had been “largely accessible and had reacted quickly and appropriately to problems raised”, but that this had contrasted with the treatment of disabled people by some local authorities.

The report argues that “transgressions of disabled people’s human rights” during the pandemic were “largely a consequence of the abandonment of a social model of disability, the reflex re-adoption of a discredited medical model and the associated de-valuation of disabled people”.

It also points to evidence reported by the Equality and Human Rights Commission of “medical discrimination” experienced by disabled people during the pandemic, and it calls on the Welsh government to introduce mandatory training for the Welsh NHS, which would be co-developed and co-delivered with Welsh disabled people’s organisations.

The report calls on the Welsh government to set up a national inquiry into the factors that caused the disproportionate death rates of different groups during the pandemic, including disabled people.

And it calls on the UK government to conduct a similar inquiry.

Among its many other recommendations, the report says the Welsh government should “urgently prioritise” its pledge to incorporate the UN Convention on the Rights of Persons with Disabilities (UNCRPD) into Welsh law.

And it suggests a national campaign to improve the public understanding of ableism in Welsh society and for the history of the disability rights movement, including the development of the social model, to be integrated into the national curriculum in Wales.

The inquiry was commissioned by the Welsh government’s Disability Equality Forum after it heard how disabled people were being negatively affected by the pandemic.

Both the inquiry’s chair, Dr Debbie Foster (pictured above, right), professor of employment relations and diversity at Cardiff University’s Cardiff Business School, who wrote the report, and the chair of the inquiry’s steering group, Rhian Davies (pictured above, left), chief executive of Disability Wales, are disabled people.

Among other areas where the pandemic impacted on disabled people, the report says many encountered new barriers to travel, “restricting mobility and increasing isolation”, with disabled people becoming “increasingly reliant on expensive private taxi services”.

They also fell disproportionately behind with household bills because of their “disadvantaged position in the labour market, poor housing and increased costs associated with being disabled”.

It also describes the “multiple ways” in which disabled people were “physically and practically excluded” during the pandemic and “psychologically and emotionally marginalised in everyday public spaces and life”, including through the failure to pay sufficient attention to accessibility as public spaces in towns and cities were reorganised.

In its response to the report, the Welsh government says the document “acutely highlights the toll the pandemic has placed on disabled people, exacerbating inequalities”.

Jane Hutt, the social justice minister, who commissioned the report, said the government had “already put in place many of the key building blocks to address inequalities in these areas”.

She said that incorporating UNCRPD into Welsh law “represents a significant commitment to supporting and improving the lives of disabled people”, while a minister-led taskforce would “address the inequalities highlighted by the report and oversee the implementation of actions”.

She added: “In all of the areas highlighted in the report we undertake to consider further the evidence presented, and to engage in meaningful debate about how best to mitigate harmful impacts on disabled people.”

She said the pandemic meant that the government’s Action on Disability independent living framework, published in September 2019, would now need to be reviewed.

Disability Wales welcomed the report and the Welsh government’s commitment to setting up a minister-led taskforce.

It said this would be “vital to identifying solutions that tackle rather than perpetuate inequality as well as challenging cultural assumptions about disabled people being needy and vulnerable rather than active citizens with rights”.

It said the report showed how “legislation and policy enacted to secure the rights of disabled people failed to do so, even when needed most”.

Rhian Davies said: “In Wales we can be rightly proud of producing such a compelling report.

“Believed to be the first of its kind commissioned and published by a national government in the UK, as well as being evidence led, Locked Out was co-produced with disabled people’s organisations.

“It highlights ‘the deep-rooted inequalities’ exposed by the pandemic that disabled people in Wales will have experienced first-hand.”

She said the report’s influence was “already apparent”, with the Welsh government accepting that the social model of disability “should be the organising principle for action”, agreeing to set up the taskforce, and confirming its intention to incorporate UNCRPD into Welsh law.

She said: “Disability Wales looks forward to playing a full and active part at this significant moment in progressing disability rights and equality in Wales.”

*Locked Out: Liberating Disabled People’s Lives and Rights in Wales beyond COVID-19