You are here: Home / Activism and Campaigning / Panel seeks DPOs for pioneering partnership with mayor 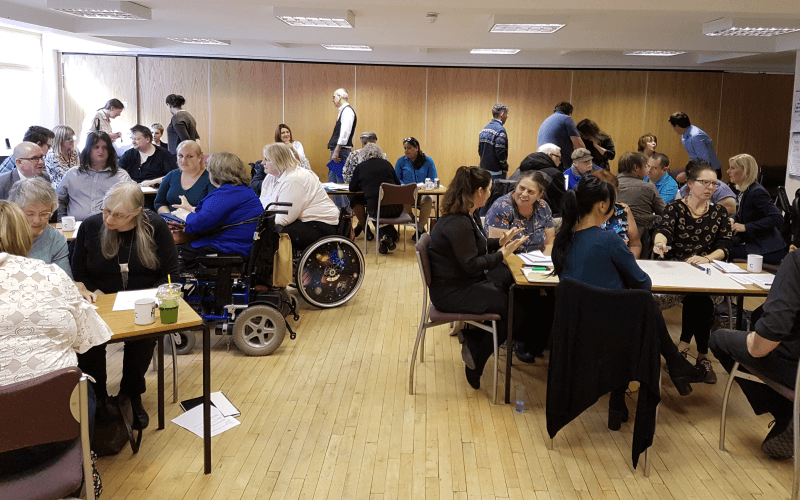 Disabled people’s organisations (DPOs) across Greater Manchester have been given the chance to take part in a pioneering new partnership with local government.

The panel will aim to shape, challenge and influence policy affecting disabled people across Greater Manchester, by advising and consulting with GMCA.

The panel’s members will be local disability organisations drawn from across Greater Manchester’s 10 boroughs, with most of them likely to be DPOs committed to the social model of disability, with strong engagement with their local community, and successful representation of diverse groups, including LGBT and black and minority ethnic communities.

Those taking part will receive an involvement fee from the mayor’s office, while two GMCDP staff are being paid to set up the panel, keep it running and help it liaise with local authorities across Greater Manchester.

Manchester has become the first city region in the UK to introduce a disabled people’s panel that will be involved in such a senior level of strategic policy-making.

It is a significant success for GMCDP, which said before Burnham’s election as Greater Manchester’s first elected mayor in 2017 that it hoped to persuade the successful mayoral candidate to make the region a trailblazer for disability rights in England and “develop ground-breaking initiatives to tackle disability”.

Rick Burgess, the newly-appointed outreach and panel development worker at GMCDP, said: “It’s an experiment and it’s an adventure because it’s never been done before, and it’s always worth trying a new way of interfacing with power to make things better for disabled people.

“Because of devolution, there are opportunities to do things differently from Westminster.

“Central government in Westminster has been condemned by the UN for how they treat disabled people. In Greater Manchester we can certainly do better than that.

“Some of what we can do is mitigation or harm reduction when there are bad policies nationally.

“I would hope we can find ways to lessen their harmful impact on people.”

The mayor’s office has agreed that the organisations appointed to the panel will receive an involvement fee and training, in contrast to the unpaid chairs and members of the Regional Stakeholder Network being set up by the government’s Office for Disability Issues.

Burgess said: “Fair play to Andy Burnham and the combined authority. They have thought to themselves: we don’t know everything, maybe we need to listen to the people who are experts in their own lives on how we make policy and stuff.

“It is democracy in action. We are looking to gather up the views of disabled people throughout Greater Manchester and affect policy-making at the highest level.”

Although some of the panel members may not be organisations led and controlled by disabled people, Burgess hopes and expects that most of them will be.

He stressed that the panel would decide its own priorities, but issues that are consistently coming up in discussion with disabled people in Greater Manchester are transport, housing, social care and benefits, and then accessibility and employment, he said.

As well as a panel of probably between 15 and 20 members, organisations will also be able to ask to be associate members, so they can contribute and be kept informed of its work.

Burgess said GMCDP was keen to spread the idea of the DPP to other parts of the country if it is successful, providing an “incredibly representative engagement between power and disabled people so eventually power becomes less ableist and more inclusive and removes those barriers we are always talking about”.

The deadline for applications to join the panel is 28 May.

Picture: A meeting in 2017 between Andy Burnham and disability groups which discussed the idea of the panel