You are here: Home / Arts, Culture and Sport / Paralympians’ surprise at IPC failure to store samples from London 2012 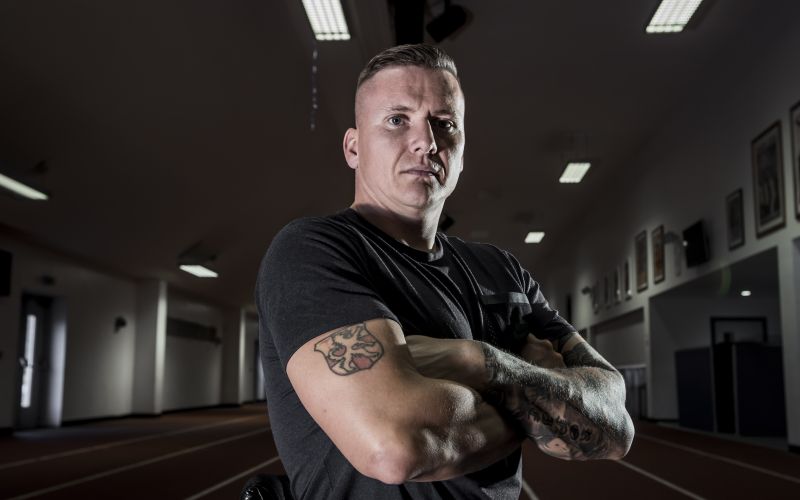 British Paralympians have expressed surprise and disappointment after learning that drug cheats from the London and Beijing Paralympics will escape exposure because the world governing body could not afford to store blood and urine samples for future retesting.

This means that they will not be able to retest medallists from Beijing and London, even though UK Anti-Doping (UKAD) which is responsible for ensuring sports bodies in the UK are compliant with the World Anti-Doping Code said retrospective re-testing of urine and blood samples was a “really vital tool” in countering doping in sport.

The IPC previously secured praise for banning all Russian athletes from next month’s Paralympics in Rio, after receiving proof that Russian Paralympic athletes were part of a state-sponsored doping programme.

But it then told DNS that it had not stored samples from the 2008 and 2012 Paralympics because it did not have the funds to do so.

Current and retired Paralympians this week expressed their surprise at the IPC’s admission.

In response to last week’s DNS story, David Weir (pictured), one of the most high-profile of Britain’s Paralympians, and winner of four gold medals in London, tweeted: “Hundreds and thousands they pay at the top but they can’t store drug tests. #amateurorganisation.”

Baroness [Tanni] Grey-Thompson, who won 11 Paralympic gold medals before retiring, told DNS: “I think most people will be surprised that they haven’t been storing the samples.”

In the same week that the IPC expressed concern that as many as 50 countries might not be able to attend the Rio games because Brazil’s organising committee had run out of money to pay their travel expenses, she added: “I presumed that they were kept for four to five years. It seems that funding is an issue on so many levels.”

Keryn Seal, a member of the ParalympicsGB blind football team that competed at London 2012, said it was “unfortunate” that drug cheats would escape exposure, but he said that Paralympic sport was still “in its infancy” on a global level.

He said: “Retrospective testing from this time onwards is really, really vital.

“It’s hard for me to be angry because I’m not directly affected. I’ve never felt I’ve missed out on a medal because of somebody who may have been doping.

“Those guys in the individual endurance, power-based sports where it is more directly affecting them, I can see why they would be more angry.”

He added: “It also highlights that the IPC and Paralympic sport as a whole needs more help, needs more assistance, more funding, in this kind of area.

“This is just another part of the jigsaw that needs to be put in place. The fact that they are keeping samples from Sochi onwards now is a step in the right direction.”

But Seal said he believed that an even bigger issue for the Paralympic movement was to address concerns around the classification system, which he said “can be over-generous to some [athletes] and not to others”.

He said: “My sport is pretty lucky but in other sports it is definitely tricky.”

It is a view shared by Robin Williams, another member of the blind football team at London 2012, who said on Twitter: “Doping in #Paralympic sport is one thing, but I suspect far more dodgy medals will be won by cheating/bending the classification systems.”

Another of Britain’s highest-profile Paralympians, Jonnie Peacock, told DNS: “This is the absolute first I have heard of this.

“For me, it’s how you progress from here. It’s how you learn from these mistakes. As long as [the IPC] have learned from it and they improve, what’s done is done, as long as they improve and get better.”

UKAD refused to say whether it was aware that the IPC had not been storing samples from London and Beijing.

But a UKAD spokeswoman said in a statement that sample storage was “an incredibly important tool for anti-doping organisations” and “provides a 10-year window within which to catch those who choose to cheat the system as new analytical methods, technology and detection tools develop”.

She said: “It also acts as a huge deterrent for those who are considering breaking the rules to gain an unfair advantage.

“Anti-doping is underfunded around the globe and UK Anti-Doping encourages sports to invest more in protecting their sport and clean athletes.”

But when asked what UKAD thought of the IPC’s failure to start storing samples before Sochi, she said: “Sample storage and retrospective analysis of samples at the Paralympic Games is a matter for the IPC.”

The British Paralympic Association had not commented by 11am today (18 August).