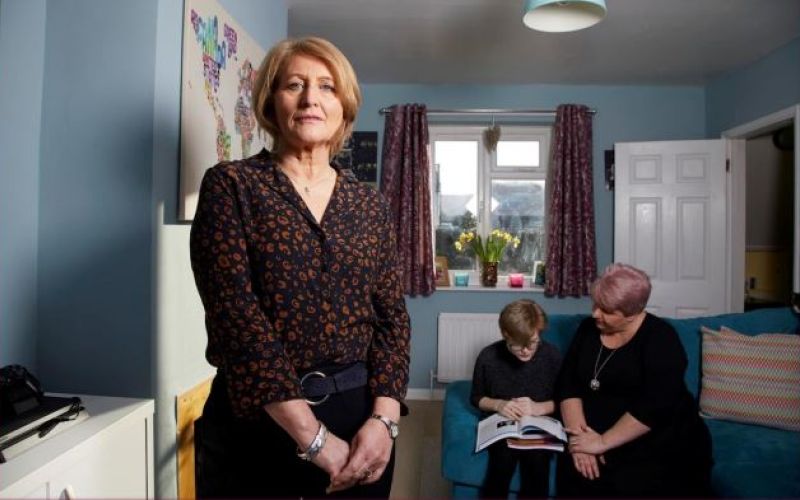 Families forced into home educating their disabled children because of the lack of support from mainstream schools are among parents who are being “scapegoated” by the children’s commissioner, according to a disabled mum and campaigner.

Anne Longfield, the children’s commissioner for England, published a report last week that calls for action to address the lack of knowledge about the standard of education and safety of the tens of thousands of children currently being home educated.

Research by Channel 4’s Dispatches, for a documentary presented by Longfield (pictured) last week, found that 22 per cent of children withdrawn from school to be home educated in 2017-18 had special educational needs (SEN).

The number of children known by local authorities to be home educated has doubled since 2013-14.

Longfield said there were concerns about whether some of these children were safe and if they were receiving a good quality education.

She wants to see a compulsory register of home educated children, and greater oversight of those arrangements.

But disabled activist Dennis Queen, who home educates her 14-year-old twins Stan and Rosa, who are both disabled, says home educators are being blamed rather than the schools that caused the problems in the first place.

And she is angry that the commissioner is suggesting giving greater powers to the local authorities that are already responsible for failing children who have been forced into home education.

She says the people they need to worry about are parents who have removed their children from school but are not home educating them.

Longfield said: “We need to know who these children are, where they are, whether they are safe and if they are getting the education they need to succeed in life.

“There is a clear case for the government to introduce a compulsory register for all home educated children, without delay.”

But Queen said such a register and greater oversight would be “a fundamental change to the law around children and education”, which currently says that it is the legal duty of parents – and not the state – to provide an education for their home educated children.

She and other campaigners believe such measures would breach the human rights of home educating families, who have rights to privacy and a family life under the Human Rights Act.

Local councils have an obligation to identify children they believe are not receiving a suitable education, but they have no legal duty to monitor those being home educated and do not have the powers to insist on visiting a home unless they have a welfare concern.

But Queen says that most families who home educate – some of whom choose to do so without even trying the school system – are already checked by local authorities, and she and others want those checks to remain voluntary.

She said: “We will comply with whatever they ask us to do, but it is not going to help Anne Longfield find the children who are not getting an education.

“I think there is enough oversight already. In general, families comply when they are asked and if they don’t comply and there are concerns, they can be made to comply.

“I think any further measures waste energy and money which could be used instead to find children who are not getting any education.”

She added: “Every minute we waste preparing for assessment is another minute not educating our children.

“Many kinds of home ed exist and some are vastly different to schooling. Each child has a fully individualised education. They just can’t be measured by systems set up to measure schools.”

Introducing a new assessment system would “ruin it completely”, she added.

She said: “Home ed works partly because of the immense freedom we have to educate in ways which work for our children.”

She says her twins are now studying a wider range of subjects, and they have more friends, than they did when they were at school.

Queen says research shows that home-educated children have better outcomes on average than those who attend school – probably because those children benefit from more individual attention – with those improvements even greater for children from more deprived backgrounds.

Her experiences show how schools are forcing many parents of disabled children into removing them from school and home educating them instead, she said.

She had to remove her autistic son Stan from his mainstream school when the local authority halved his support package, and the school was about to insist that he move to a special school.

If she had not done so, she says, he would have had to attend a special school far from home, travelling an hour each way every day.

Rosa was de-registered about 18 months later, after the school kept punishing her for not sitting still in her chair, even though she was in pain because of her impairment.

Longfield said that many home-educated children have been “off-rolled” by schools, a process where parents are pressured to remove their child because of poor academic results, or because they have support needs the school is unwilling or unable to meet.

She wants to see stronger measures to tackle off-rolling.

Research by the Children’s Commissioner’s Office shows that the number of children moving into home education from academy schools in one London borough increased by 238 per cent between 2016-17 and 2017-18, compared with a rise of 21 per cent in council-run schools in the borough.

Inclusive education campaigners have been warning for years that the spread of academy schools was undermining the inclusion of disabled children in mainstream schools.

Queen agrees that measures should be taken to address off-rolling, and that the spread of academies has worsened the problem.

The school previously attended by Rosa and Stan later became an academy, and has off-rolled other disabled children, says Queen, who has now joined other parents in sharing her experiences with the home education website Suitable Education.

She said: “We can’t let them turn home education into a dumping ground for children with SEN. It has to be a choice.”

Tara Flood, director of The Alliance for Inclusive Education (ALLFIE), said her organisation had been concerned for years about the impact of academies on inclusive education, and about the practice of off-rolling, in what was a “fundamentally broken” school system.

She said: “We completely understand why parents make what can sometimes be a very difficult decision to pull their young person out of school.”

But she said that as more and more children are withdrawn from the mainstream school system, that lets the school system “off the hook”.

That applied to the government and local authorities as well as education providers, she said, and led to an education system that was “less and less willing to be inclusive”.

Flood said the home educating community was responding to “an increasingly hostile school system” but it was up to the government, the education watchdog Ofsted and education providers “to end that hostility”.

A Department for Education spokesperson said: “There are thousands of parents across the country who are doing an excellent job of educating their children at home.

“We know, however, that in a very small minority of cases children are not receiving the standard of education they should be or, very rarely, are being put at risk.

“That’s why we recently ran a call for evidence on home education asking for views on issues such as registration, monitoring provision and support for home educators.

“We have also consulted on revised guidance that will help local authorities and parents better understand safeguarding laws applicable to home education.

“We are considering the responses and will respond to both the call for evidence and consultation in due course.” 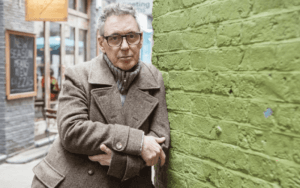