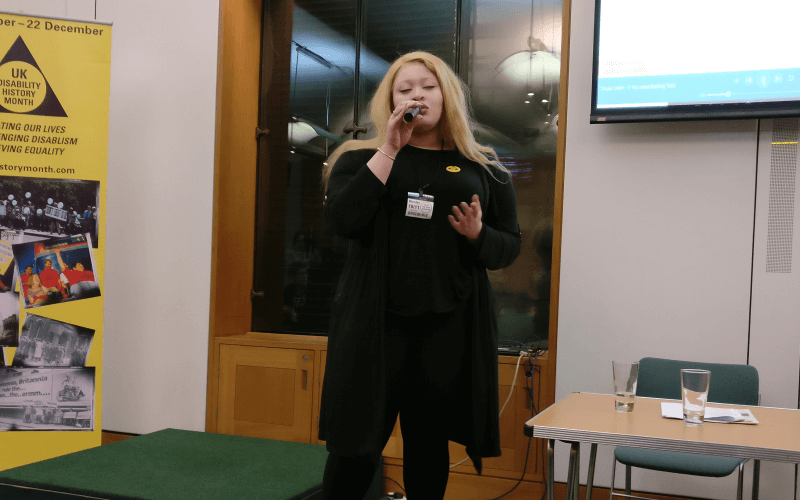 A parliamentary event has recognised some of the many artists over the centuries whose talent as musicians has “trumped” the oppression they experienced as disabled people.

The event was held to launch the ninth annual Disability History Month, which this year focuses on disability and music and runs from 19 November to 22 December.

Richard Rieser, founder and coordinator of UK Disability History Month (UKDHM), listed many of the countless disabled musicians – many of whose impairments are not widely known – whose “creative impulse, the urge for self-expression, the need to connect to our fellow human beings” have trumped “the oppression we as disabled people face”.

John McDonnell, Labour’s shadow chancellor, who sponsored the event, said Disability History Month allowed people to hear about the “hidden history” of disabled people that is never heard in the mainstream media.

He said: “It’s vitally important that we celebrate it, but at the same time it’s important to recognize the reality of the world as it now is.”

He pointed to the UN committee on the rights of persons with disabilities, which concluded two years ago that the government was guilty of grave and systematic violations of the rights of disabled people in the UK.

He said: “I believe the systematic abuse of human rights is also denying people the opportunity of being able to celebrate their cultures.”

And he said the nature of the curriculum and the pressure on school funding were depriving children of the ability to learn instruments or to take part in dance or drama.

He said it was difficult enough for some of the disabled musicians highlighted during the event to demonstrate their talent but it was now becoming even harder for disabled young people to follow in their footsteps.

He said: “I think we are actually going backwards at the moment. If you see what is happening on the ground, in community after community, in school after school, group after group that have lost their funding… it is an absolute scandal.

“So as well as celebrating the achievement I think we have to be straight with people as well and expose what’s actually happening.

“This is not a party political point, it’s a point about civilized behavior. I think we are going backwards rather than forwards.”

He said there was a need to “get bloody angry”.

McDonnell added: “We should not, in the fifth largest economy in the world, allow disabled people to be treated in this way.

“That anger should motivate us into further action.”

Tinuke Jonah (pictured) performed her first single, Girls Like Me*, which is due to be released tomorrow (Friday), and which she said described how she had realised at the age of 18 that she no longer needed to apologise for her albinism.

The Kellycaster uses an electric guitar as an interface for computer software, allowing him to play both chords and notes.

He quoted the disabled poet Allan Sutherland, who told him that when he was young, he “didn’t have any footprints to follow” as a disabled person.

“He said that disability art is about our culture, it’s about who we are.

“It gives us that confidence to fight the injustices and oppression we experience.”

The event also watched a video of one of the songs recorded by Lizzie Emeh, who was the first UK artist with a learning difficulty to release an album of original songs, Loud and Proud, in 2009.

She said that her next EP, Meds, which will be released in February, will be about the medication she takes and how it affects her.

The launch event also heard part of an interview between Rieser and Deaf solo percussionist Dame Evelyn Glennie, a longer version of which will be posted on the UKDHM website.

She described how taking off her hearing aids had allowed her to hear the drum she was playing through her body rather than her ears which “really allowed me to concentrate on the whole journey of that sound, the impact of the sound, the resonance of the sound.

“Taking care of how that sound ended was really important because before I was just bang, bang, bang…”

He said the performance of Dury’s rights anthem Spasticus Autisticus at the closing ceremony of the London 2012 Paralympics managed to “articulate an expression of difference and a celebration of difference”.

It was, he said, an “extraordinary punk moment”.

*The single will be available from tomorrow by searching for “Tinuke Jonah Girls Like Me” on all major music platforms, including Spotify, iTunes, Apple Music and Google Play 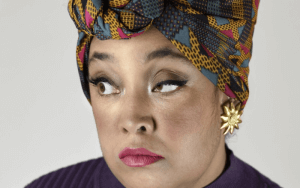