You are here: Home / Benefits and Poverty / Partner of ‘distraught’ ESA claimant says DWP drove him to his death 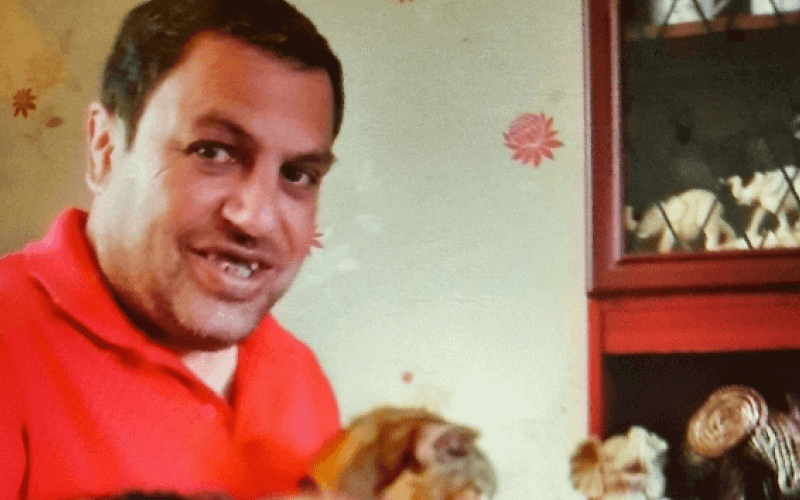 The Department for Work and Pensions (DWP) has been blamed for causing the death of a disabled man whose partner had warned he was too ill to undergo an upcoming benefit assessment that had left him “distraught” and “devastated”.

It is just the latest death to be linked to ongoing and widespread flaws in the benefit system, following years of concerns raised by disabled activists and grieving relatives, and has concerning similarities to the death of Philippa Day, whose high-profile inquest ended last week.

Philip Pakree (pictured), who died on Boxing Day, had been told he probably needed a heart transplant, while he also had multiple mental health conditions, and had grown increasingly distressed as the date of the “fitness for work” re-assessment approached.

He was already claiming employment and support allowance, in recognition of the barriers he faced due to personality disorder, depression, anxiety, borderline schizophrenia, adjustment disorder, asthma, a serious heart condition, and a long history of self-harm and suicide attempts.

When he was first told, last October, that he would need to undergo a telephone work capability assessment (WCA), he had to be admitted to Royal Derby Hospital several days later with breathing difficulties and heart failure.

His partner, Elizabeth Nicholson, said: “There was a distinct downturn in his health. He told me: ‘They do this to me every time.’”

He was later told the assessment would take place on 4 December, but outsourcing giant Maximus – which carries out WCAs on behalf of the government – eventually agreed to cancel it after Nicholson sent them a letter from his consultant cardiologist that detailed his multiple health conditions.

Maximus had also been sent a note from Nicholson, in which she warned of her “grave concerns for his physical and mental health” and of his state of confusion due to low sodium levels and which said he was not currently well enough to be assessed.

But just 19 days later, on 9 December, Maximus sent another letter to Pakree, telling him he would have to make himself available for a WCA, again by telephone because of the pandemic, on New Year’s Eve.

Nicholson, who lived with her partner in Swadlincote, Derbyshire, said: “Phil was nearly hysterical. It made his mental and physical health so poor it was beyond belief.

“He was devastated, he was absolutely devastated. He said he would be better off dead.

“He wasn’t sleeping. He was getting obsessed that people were talking about him and believed that DWP were part of the SS.”

She said she could see him “going down and down” as 31 December approached.

She called Maximus to beg the contractor to reconsider, but a call handler said her partner would have to take part in the assessment or it would “affect his benefits”, telling her: “It’s been delayed once, we are not delaying it again.”

Nicholson said the attitude of the call handler was lacking in empathy and understanding and “completely and utterly disgusting”.

They moved into a bungalow on 23 December, because the mobility problems caused by his heart condition meant he could no longer cope with the stairs in their house.

Nicholson said it was the imminent assessment, rather than moving, that caused the stress that killed him.

He told her on Christmas Day, the day before he died: “I hope I don’t wake up, because I don’t want this.”

Early on Boxing Day, she found that he had died in his sleep. He was 49 years old.

Although he is believed to have died of natural causes, she said: “As far as I am concerned, the DWP killed him.”

Last week, similar concerns were raised about the pressure placed by the assessment system on benefit claimants with mental distress, at the end of the inquest into the death of 27-year-old Philippa Day.

Although her death was linked by a coroner to the personal independence payment (PIP) assessment system, and not the WCA, significant concerns were raised about the process for changing where, when and how assessments are carried out, and how that information is communicated to the claimant.

Nicholson said this week that the harassment her partner had faced over the WCA was the culmination of 18 months of problems with his disability benefits.

In August 2019, a paramedic working for another DWP private sector contractor, Capita – which was implicated in the death of Philippa Day – had produced an inaccurate and misleading report after he had attended a face-to-face PIP assessment.

Pakree had been receiving disability living allowance for seven or eight years, receiving the higher rate for mobility, and the middle rate for care, after being given a lifetime award.

He described in his claim form how he experienced constant anxiety, paranoia, could not eat without support, had to stop two or three times for two or three minutes at a time to walk just 50 metres and could not use public transport “because of my fear of crowds or of misinterpreting conversations overheard which are not about me”, and how he “will not bother to eat unless encouraged to do so by someone else”.

But the Capita assessor awarded him zero points, leading to DWP finding him ineligible for PIP, a decision that was rubber-stamped in December 2019 after a mandatory reconsideration.

He had to wait until July last year for a tribunal to hear his appeal.

A letter from Derbyshire County Council’s welfare rights team to the tribunal described how the “mental and physical health issues that Mr Pakree has have a debilitating effect on every aspect of his life”, how he “struggles with even the most basic tasks and needs assistance with almost all of the daily tasks required of him”, and how he had “attempted suicide on numerous occasions”.

The tribunal found him entitled to PIP at the enhanced rate for both mobility and daily living, dismissing the findings of the Capita report and the conclusions of the DWP decision-maker, and instead awarding him 13 points for daily living and 14 points for mobility.

Nicholson said she was appalled at the way her partner had been treated by DWP over the last 18 months of his life.

She said: “I would like people to know that this is what is happening.

“It is my opinion the DWP are totally responsible for this and they have robbed us of a much-loved man.”

Maximus refused to apologise for the treatment Pakree received, or to say what changes it would make to protect other claimants.

But a Maximus spokesperson said in a statement: “We wish to offer our sincere condolences to Mr Pakree’s family for their loss.

“Mr Pakree was referred for reassessment by DWP and he was invited to attend a telephone assessment following a review of his case by a healthcare professional.

“The purpose of a telephone assessment is to ensure that the correct advice is given to a DWP decision maker.

“We rescheduled Mr Pakree’s original assessment at his request.”

But Nicholson stressed that she had not asked in her letter for the appointment to be “rescheduled” and had instead told Maximus that she had “grave concerns” for her partner’s current state of health and that he was currently unable to cope with a telephone assessment.

The Maximus spokesperson refused to confirm that a Maximus call handler had told Nicholson in mid-December that the assessment could not be delayed for a second time.

He also refused to allow Disability News Service to listen to a recording of that call.

DWP refused to apologise for the treatment Pakree received or to say if it would finally make changes to the system that would prevent other such deaths.

But a DWP spokesperson said in a statement: “We understand this is a difficult time and our sympathies are with Mr Pakree’s family.

“Assessments help us ensure people get the support they are entitled to.

“Decisions are made using all the information available to us at the time and we will ask for further evidence if it’s disputed, to ensure the correct decision is made.”