You are here: Home / Politics / Peers accused of hijacking health bill to try to force through assisted suicide 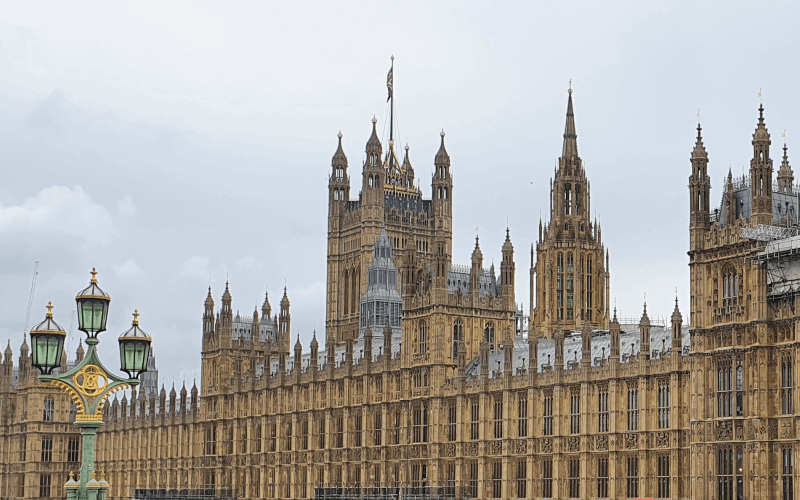 A disabled peer has accused fellow members of the House of Lords of attempting to “hijack” the health and care bill in a bid to secure a change in the law that would legalise assisted suicide.

The crossbench peer Baroness [Jane] Campbell told fellow peers that an amendment to the bill proposed by the Conservative peer Lord Forsyth, a former secretary of state for Scotland, would “force the government’s hand”, despite its long-standing neutral stance on assisted suicide.

Peers also heard during the debate last Wednesday night that a separate attempt to legalise assisted suicide through a private members’ bill proposed by the crossbench peer Baroness Meacher was likely to run out of time before it had the opportunity to be passed by the Lords.

Baroness Campbell told fellow peers that “by no stretch of the imagination” was legalising assisted suicide within the scope of the health and care bill.

She said that Baroness Meacher’s bill was already proceeding through the Lords and that that was “the right vehicle to debate this issue and that is where it should be debated”.

Lord Forsyth’s amendment would force the health and social care secretary to publish a draft bill that would “permit terminally ill, mentally competent adults legally to end their own lives with medical assistance”.

Baroness Campbell, founder of Not Dead Yet UK, the leading organisation of disabled people campaigning against legalisation, told the Lords that the amendment “could be seen as a deliberate manipulation of the parliamentary process”, and that she believed the tactics of those behind it were “truly not worthy” of the House of Lords.

Several other peers also spoke out against the amendment, including the former Conservative lord chancellor, Lord Mackay, who said it was “not the proper machinery for raising this matter”.

Another Conservative peer, Lord Moylan, said: “The idea that we can impose on the government something that they do not want to do, for which they have no electoral mandate, and which is not on their policy platform, seems an abuse.”

Baroness Finlay, a crossbench peer and consultant in palliative medicine, and a leading opponent of legalisation, also opposed the amendment.

But there was support for Lord Forsyth from another disabled peer, the former Liberal Democrat president Baroness [Sal] Brinton, who supports legalisation, and who said the amendment would “merely require ministers to bring forward draft legislation, not even to campaign in its favour”.

She said: “Government can and should maintain their neutrality on assisted dying, but they can guarantee sufficient time for the consideration of the legislation.”

Lord Forsyth said: “Those people who have been going round saying that this is an absolute abuse and completely unconstitutional need to read the amendment: it is for the government to publish a draft bill.

“I cannot for the life of me imagine why anyone would be opposed to the government providing help and support through a draft bill.”

He told Baroness Campbell that she was being “disingenuous” by suggesting that Baroness Meacher’s bill would be given “proper consideration” by parliament.

He said that about 200 amendments to her bill had been tabled, which meant that “it is not going to succeed”.

Baroness Meacher, who backed Lord Forsyth’s amendment and is chair of the pro-assisted suicide organisation Dignity in Dying, said she understood that there would not be enough parliamentary time left for her bill to pass through the Lords.

The junior health and social care minister, Lord Kamall, said it would “not be appropriate” for the government to support Lord Forsyth’s amendment.

He said it was a “long-standing position that any change to the law on assisted dying is a matter for parliament to decide, rather than one for government policy”.

But he said he would speak to his government’s chief whip “about whether time could be made available” in the Lords for Baroness Meacher’s bill to be debated further, but that “as this matter is so important and is a matter of conscience, we cannot take a partisan position”.

Lord Forsyth told fellow peers that he suspected that he would ask them to vote on his amendment at the bill’s report stage.

There was also concern raised by another disabled crossbench peer, Baroness [Tanni] Grey-Thompson, over comments made by one peer who supports assisted suicide.

Baroness Wheatcroft, former editor of the Sunday Telegraph and a long-standing supporter of legalisation, said she had asked a palliative care doctor who was opposed to the amendment whether palliative care could “cope with the incontinence which makes the end of life such a discomfort and an indignity for so many people, or did the help that could be provided mean only understanding and care, which does not necessarily deal with the indignity at all?”

Baroness Grey-Thompson said that the issue of “incontinence being seen as so inherently tragic that people should use it as a reason to want to end their lives” was continually raised in the wider debate on assisted suicide.

She said: “Personally, I find it really difficult because I am incontinent and I have never once felt undignified by it.

“I cannot believe that I am the only person in the house, or, indeed, in the chamber tonight, who is incontinent, and I will happily discuss the many solutions for sorting out this problem.

“What I see is that people are scared to talk about it, because they think it is something that we should never discuss.

“I have many solutions for this. I intermittently catheterise; I use indwelling catheters; I have lots of options available to me if those do not work – medication and lots of options on surgery.

“There is nothing undignified about being incontinent if we support it properly.”

Meanwhile, the Green party peer Baroness [Natalie] Bennett supported Lord Forsyth’s amendment, and she confirmed that it was still her party’s policy to support the legalisation of assisted suicide.