You are here: Home / Benefits and Poverty / Philippa Day: Capita made changes to PIP assessments after young mum’s death 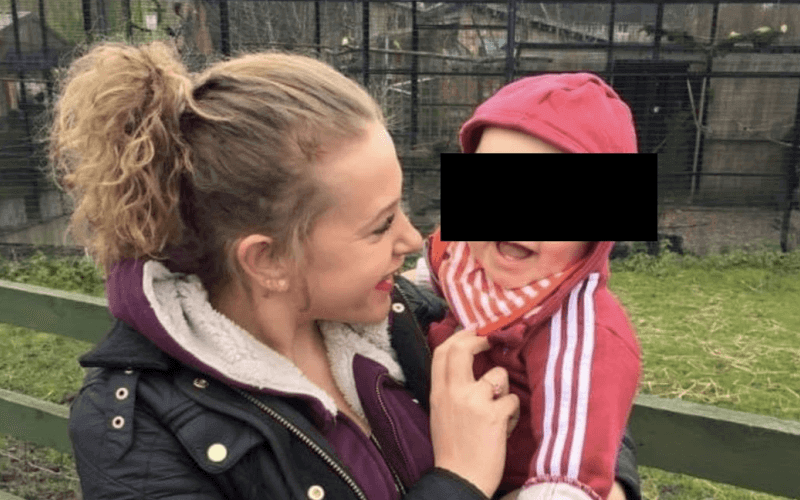 A government contractor made key changes to the way it assesses disability benefit claims after the apparent suicide of a young disabled mum who had repeatedly warned she could not cope with attending a face-to-face assessment.

The admission of the changes made by Capita – one of two private sector contractors that carry out personal independence payment (PIP) assessments on behalf of the Department for Work and Pensions (DWP) – is contained in an internal report into her death.

The report was released to Disability News Service (DNS) after it was submitted as evidence to an inquest into the death of 27-year-old Philippa Day (pictured, with her son), from Nottingham.

Capita claims most of the changes it made were unconnected with her death.

The inquest ended this week (see separate stories), with the coroner’s judgement due to be announced on Wednesday (27 January).

Philippa’s unconscious body was found by her sister and father on 8 August 2019, just days after she had been told she would need to attend an assessment centre – run by Capita – for a face-to-face appointment that would help decide her new PIP claim.

She was taken to hospital but later died after more than two months in a coma.

Capita had repeatedly been told of her history of significant mental distress and mental health inpatient admissions, that she was agoraphobic, as well as having emotionally unstable personality disorder (EUPD), and that she would be unable to cope with attending the assessment centre.

Capita’s internal “incident report” into Philippa’s death, which was completed a year after she died, admits mistakes were made by three members of its staff.

It points to a disability assessor who completed an initial review of her case and wrongly decided she should attend an assessment centre, and two members of its call centre staff who also failed to take steps that would have prevented Philippa from having to attend the centre.

But the report also reveals that Capita has made a series of “changes and enhancements” to its processes “since the incident”, although it claims they “have not been made as a result of the incident, but as a result of continuous improvement strategies in relation to the management of clinical risk within the business”.

The changes include a new system to check the quality of initial reviews of PIP claims; longer training for healthcare professionals who carry out these reviews; revised “scripts” to help call centre staff who are asked for a home PIP assessment; and extra training for telephone staff to help them “accurately and empathetically manage calls with vulnerable people”.

Capita claims that these changes were unconnected with Philippa’s death, but each of them is relevant to criticisms levelled at Capita during this month’s inquest.

The Capita incident report also admits that, since being made aware of the incident last year, its PIP “clinical risk register” has been reviewed and “a new risk in relation to the COA [change of assessment] process has been articulated”.

A subsequent paper-based review of Philippa’s claim by Capita led to DWP deciding – while she was lying in a coma in hospital – that she was entitled to enhanced awards for both the daily living and mobility components of PIP.

This week, Gordon Clow, assistant coroner for Nottingham and Nottinghamshire, pointed in the inquest to at least four mistakes made by the Capita telephone agents and disability assessor.

He suggested this meant there could be potential risks to “vulnerable claimants like Philippa Day” because of flaws within the Capita PIP assessment system, rather than “a series of unfortunate and totally unconnected events”.

Neil Lockwood, commercial director at Capita, said he suspected “it’s a bit of both”, and he added: “I don’t think it’s systemic but clearly things can be improved.”

The coroner also pointed to a “misleading” letter sent to Philippa by Capita which left her “very distressed” and believing she would lose her benefits if she did not attend the assessment centre, whereas Capita was actually in the process of considering if she could have her claim decided without a face-to-face assessment.

Dr Shah Faisal, Capita’s chief medical officer, had earlier agreed with DWP’s barrister, Simon Hilton, that Capita made three mistakes in the weeks leading to Philippa being found unconscious at her home.

The final mistake was made on 7 August 2019, the day before Philippa’s unconscious body was found by her sister and father at her home in Nottingham.

On the pillow next to her was a letter from Capita telling her that she would have to attend an appointment at the assessment centre.

The inquest heard last week that the decision to force her to attend the centre had caused her “immense distress”.

Dr Faisal admitted this week that “with the benefit of hindsight” there had been “sufficient medical evidence available” to decide Philippa Day’s claim through a so-called “paper-based review”, without having to put her through a face-to-face assessment.

But he claimed the training provided to Capita’s disability assessors was “absolutely robust” and suggested the failings were due to “individual mistakes” rather than flaws in Capita’s processes.

He said later that the decision by a Capita disability assessor that Philippa could attend an assessment centre was “an individual error of judgement on the day”.

Dr Faisal agreed with Sam Jacobs, representing the Day family, who suggested that the disability assessor had been “going against the advice of Philippa’s community psychiatric nurse”.

The coroner said that changes made to how initial reviews of claims were dealt with, which Capita claimed were underway at the time the decisions were being made, suggested that “part of the process was a problem”.

The inquest heard from Dr Faisal, and from a DWP witness, that decisions made by initial reviews of PIP claims – the stage at which Philippa was first denied permission to have a home assessment – were not at that time being audited internally by Capita to check that they were being carried out accurately.

DWP was also not auditing Capita’s performance on initial reviews at the time, although the DWP witness said this would be introduced when the PIP contracts for Atos and Capita were extended this autumn.

Martin, the physiotherapist who carried out the initial review of Philippa’s claim for Capita on 26 June 2019, admitted to the inquest that he had had no professional experience of mental health before joining Capita, but had had some during his training for the job.

He had concluded on 26 June that more information was needed before Capita could allow Philippa a home assessment, despite examining seven documents, including two reports from community psychiatric nurses (CPNs) and another from her GP.

The coroner said a letter from CPN Tessa Rand – who was repeatedly praised during the inquest for how she had supported Philippa – had made it clear that Philippa “cannot engage with other people face to face” and experienced “overwhelming psychological distress”.

But Martin said evidence that she had self-harmed meant it would not be “suitable or safe” for an assessor to visit her in her home.

But the coroner told him: “I don’t understand how you came to the view that she would be able to attend an external appointment.”

Martin said he “probably didn’t have as good an understanding as I have at the moment” and had relied on evidence that she was able to use taxis and that she could have attended an assessment with support from her father or a mental health professional, who “could have spoken on her behalf”.

He agreed that if he processed a similar application now, he might decide that Capita could deal with her application purely on documents, without the need for a face-to-face assessment.

He also admitted that he should probably have made a telephone call to secure more information about Philippa’s situation before denying her a home assessment or a paper-based decision.

He blamed both his inexperience and the training he had received for his decision not to do that.

He said the guidance on home assessments for those who self-harm had since changed, and meant further enquiries about the kind of self-harm, the level of risk and the support available are now possible.

And he said that, “in hindsight… I would process it as a paper-based review now.”

Edward Cronie, Capita’s managing director for networks, was asked why recordings of calls made to Capita by Tessa Rand on 7 August – the day before Philippa was found unconscious at her home – and 9 August were not available.

He said investigations had concluded that the telephone extension of the agent who took the call on 7 August was not “correctly configured to record calls”, while there had been a “congestion issue” two days later, which meant eight calls to another agent’s extension had not been recorded.

Cronie suggested – in response to a question from the coroner – that someone at supervisory level would have been able to access recordings and delete them from the system, although there was no evidence that they had.

Asked if the system showed if recordings had been deleted, he said: “I would not be able to answer that.”