You are here: Home / Benefits and Poverty / PIP assessor told claimant to ignore her ‘irrelevant’ suicide attempt… then challenged her son to a fight 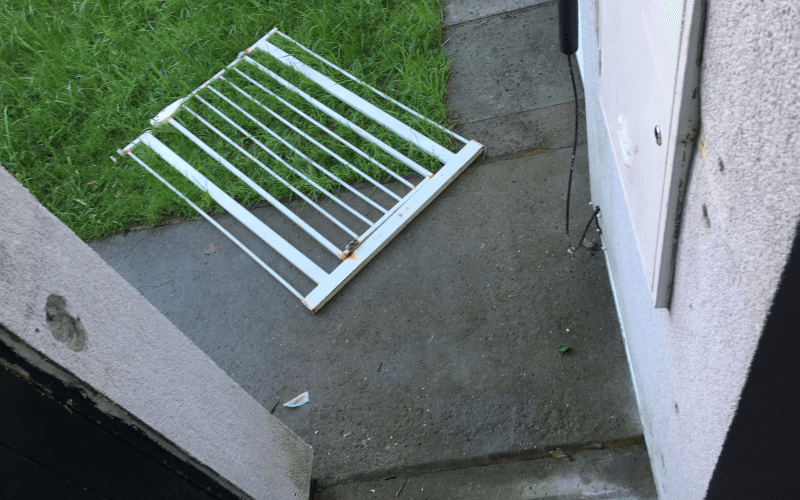 A benefits assessor told a disabled woman to ignore “irrelevant” information about a suicide attempt, shoved her son after he was asked to halt the assessment, challenged him to a fight, and then damaged their house as he left.

The shocking incident in Cardiff last week has left Cheryl Matthews terrified that the healthcare professional who carried out her face-to-face personal independence payment (PIP) assessment for the outsourcing giant Capita could return to her home.

As he left the house, the assessor even told her 22-year-old son that he intended to return for a fight.

Capita has confirmed that the assessor has been suspended as a result of the incident, but the company has refused to say if it will now re-examine the other face-to-face assessments he has carried out for the company on behalf of the Department for Work and Pensions (DWP).

But within two hours of her lodging her complaint, Capita had already offered her £600 compensation.

Matthews, who works as a customer service agent and has several long-term health conditions, including one that could cause a fatal aneurysm if she becomes anxious, has struggled to sleep since the incident last Wednesday.

She already receives the PIP standard rates for daily living and mobility, but she had requested a new assessment after her health worsened in recent months.

She says she has been told by Capita that the assessor confirmed to his bosses that the incident had taken place, after he was called in for an interview about the allegations.

Matthews has told Disability News Service (DNS) how the assessor agreed to carry out the face-to-face assessment in her bedroom because her stairlift was broken.

Her husband Paul was also in the room during the assessment, while her disabled son was in his bedroom nearby.

But she said the assessor began to grow angry after she told him she couldn’t say which of her various health conditions was causing her the most problems with her mobility and ability to live independently.

As she grew increasingly alarmed by his attitude, she told him she found him “very, very rude and quite abrupt”.

When she said she had been treated for a kidney infection and was being tested for lupus, the assessor said: “As I told you, I’m not going to repeat myself again…”

She then told him that she had tried to take her own life six weeks earlier, but he again told her this was “irrelevant”.

At this point, her son, who was passing the room and could see how upset his mum was becoming, told the assessor: “Excuse me, I have heard you being quite rude to my mum.”

The assessor, who she believes is in his 50s, asked her son if he wanted him to end the assessment and leave, and he said yes.

Matthews said: “With that he slapped his laptop closed, ripped the plug out of the extension lead and as he left the bedroom he pushed my son so hard that he fell against the door.”

The assessor ran downstairs and then turned and told her son, who was still at the top of the stairs: “You want a fight do you, mate, because I can give you a fight?”

Matthews’ son told his mum to phone the police and told the assessor: “I have told you three times now to leave the house.”

The assessor then left the front door open and kicked the safety gate that protects their three dogs off its hinges, damaging the wall of the house (pictured).

As he left, he told her son: “Don’t worry, I will be back for you because clearly you want a fight.”

Matthews was told later that day by Capita that the company had immediately called the assessor in for an interview after she lodged her initial complaint.

She said she was concerned about other disabled people who were in more vulnerable situations than she was who could have been visited in their own homes by the same assessor.

She said: “He’s in a very powerful position.”

She said his behaviour raised concerns about the other face-to-face assessments he has carried out for Capita.

She was too unwell to go to work for the two days following the incident, and added: “I have had to go to the doctors because I was so upset. I have been really quite anxious, worrying if he was going to come back.”

She has been visited twice by a police officer about the allegations.

She said she still could not believe what had happened and how the assessor had behaved.

She said: “I don’t think you could have written it.

“I would never in my wildest dreams have thought that somebody in such a position would have been so aggressive.”

The incident is just the latest in a series of failings that have plagued the PIP assessment process since the government launched the new benefit in 2013.

Evidence from disabled people – collated by the grassroots WOWCampaign and published in July – shows that PIP assessment reports are still often riddled with distortions, twisted facts and ignorance.

DNS spent months investigating allegations of dishonesty by PIP assessors in late 2016 and throughout 2017, hearing eventually from more than 250 disabled people in less than a year about how they had been unfairly deprived of their benefits.

A Capita spokesperson said: “We have apologised to Ms Matthews and offered her compensation following this incident.

“The assessor involved has been suspended pending an investigation.”

But she declined to say whether the company would now review his past face-to-face assessments, and if Capita would contact those claimants he has assessed.

She also declined to say whether he was a nurse, a paramedic or an occupational therapist, and whether there had been other similar complaints made against him.

A DWP spokesperson said: “We take these allegations extremely seriously – the assessor in this case was immediately suspended while Capita is carrying out their investigation.

“We expect the highest standards from our providers and all claimants must be treated with dignity and respect.

“Capita’s investigation is ongoing – we cannot comment any further.”

“Statements have been taken and enquiries are ongoing. There have been no arrests.”