You are here: Home / Independent Living / Plans to water down web access laws ‘would deny access to millions’ 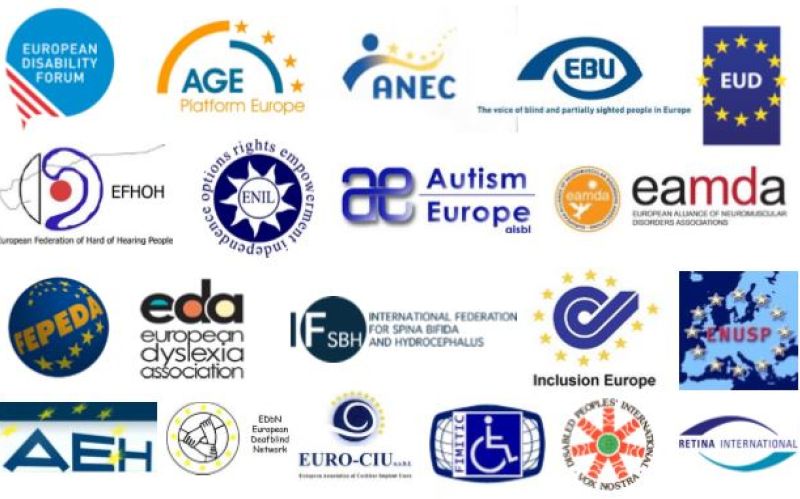 Disabled people’s organisations from across Europe have accused European Union (EU) member states of “unacceptable” plans to water down proposed new rules on the accessibility of public sector websites.

An open letter from 20 organisations (pictured), many of them user-led, expresses “strong opposition” to the plans, which they say will “significantly reduce” the scope of the directive.

They are angry that the EU Council, which is mostly made up of the heads of state of EU members, wants to exclude the websites of public broadcasters, schools, universities, nurseries and publicly-funded charities from the directive, as well as content such as live audio-visual material, intranets and extranets.

They say that excluding intranets and extranets will prevent disabled people from being able to work in organisations that rely on these “private websites”.

The EU Council is currently negotiating the proposed directive with the European Parliament and the European Commission.

The open letter has been sent to government ministers in charge of digital affairs in each of the 28 member states, and chairs of the relevant parliamentary committees.

The European Disability Forum (EDF) said the exemptions would mean “limited access and unfair treatment for many people”, including older and disabled people.

The letter says: “We strongly object to the far-reaching exemptions proposed by the Council as these would prevent millions of citizens from accessing digital content and services that every citizen takes for granted today.”

It adds: “It is not acceptable to adopt legislation that would potentially deny millions of citizens access to the digital world we live in today.

“It is not acceptable to legalise digital barriers to employment.

“It is not acceptable to exclude millions from full participation in society.”

Wolfgang Angermann, president of the European Blind Union, which has also signed the letter, said: “We go online, we use smart phones and we use apps, just like everyone else.

“I am shocked to see that some governments are prepared to go to great lengths to exclude us from the digital world.”

A spokesman for the Cabinet Office, which is responsible for digital issues for the UK government, said: “We’re currently working with other member states to agree a position on this directive and find a solution that meets the needs of all users.”

He added: “We’re using digital to recast the relationship between the citizen and the state – all with the goal of making people’s lives better.

“GOV.UK is designed to be fully accessible to all, and we also have assisted digital options available to help those not online.”