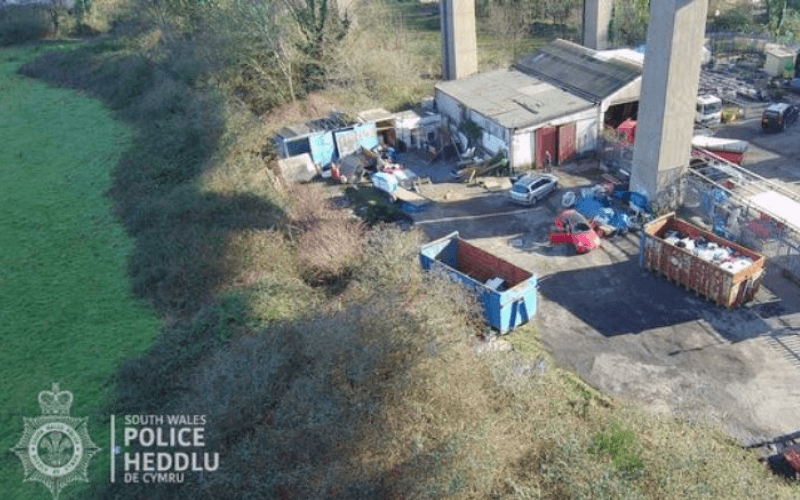 Police and prosecutors are facing questions over why they failed to treat the ordeal of a disabled teenager – who was kept as a slave for more than two years and subjected to brutal daily beatings – as a disability hate crime.

It is just the latest in a lengthy line of cases in which police forces and the Crown Prosecution Service (CPS) have faced accusations of failing to secure recognition of disability hate crime through the courts.

This week, both South Wales police (SWP) – one of six forces criticised last year for their “unacceptable” performance on disability hate crime – and CPS repeatedly refused to say what steps they took to confirm whether the teenager’s horrific ordeal should be treated as a hate crime.

SWP has described the injuries experienced by the young disabled man during the forced, unpaid labour as “horrendous” and said he was left without a single uninjured part of his body when he was finally rescued.

The young man, who cannot be named for legal reasons, is autistic and has ADHD, and was fed just one meal a day, often just a tin of soup or baked beans.

He was regularly beaten by Anthony Baker and his son Harvey with a metal pole and was forced to work in their scrapyard (pictured) in Jersey Marine, near Swansea, and to live “in squalor” in a small caravan.

Reports of the trial say that when he was discovered by police in January – following a tip-off from a member of the public – he had a series of horrific injuries, including open wounds, was dirty and malnourished, and found it difficult to speak because of injuries to his jaw, which had been broken on multiple occasions.

Wales Online said the judge described the way the young disabled man was treated as “brutal and savagely inhuman” and said he had been subjected to a regime of “immense brutality” and “sadistic behaviour”.

The Bakers deliberately broke one of his fingers, bit his nose and “treated him as a human punchbag”.

Neither of the men has shown any remorse for what happened, said SWP.

The Bakers were jailed at Swansea Crown Court on Friday (14 June) for a total of 16 years after admitting assault, grievous bodily harm and unlawful wounding, while Anthony Baker also admitted a modern slavery offence*.

But because police and prosecutors apparently failed to consider or treat these offences as possible disability hate crimes at any stage of their investigations and preparation for the trial, the judge was not asked to increase the sentences under section 146 of the Criminal Justice Act.

It is just the latest case to highlight how the criminal justice system is failing victims of disability hate crime.

Last October, West Midlands police and CPS faced similar questions over their failure to treat an “utterly barbaric” campaign of violence and abuse directed at a disabled mum and daughter as disability hate crime.

The following month, Suffolk police was criticised for failing to treat an attack on a disabled woman – who was spat at and left covered with flour by a group of teenagers as she sat on a park bench – as a disability hate crime.

That case had come just days after the CPS annual hate crime report showed the number of disability hate crime cases referred to prosecutors by police forces in England and Wales plunged in the previous year by nearly a quarter.

Earlier that month, a report by two watchdogs found that the work of police officers on more than half of the disability hate crime investigations examined across six sample forces – including South Wales police – had been found to be “unacceptable”.

Disability News Service has been reporting on the criminal justice system’s failings in dealing with disability hate crime since 2009.

This week, a South Wales police spokesperson repeatedly refused to say if his force took active steps to investigate whether disability-related hostility was a motive for the Bakers’ crimes.

Instead, he said in a statement: “At no stage of the investigation was there any evidence that the victim was abused due to a disability.

“If there was evidence of this nature then it would have been presented to the CPS.”

A CPS spokesperson refused to say what steps were taken by prosecutors in relation to considering disability hate crime as a possible motive for the Bakers’ crimes.

Instead, he said in a statement: “The crimes of Anthony and Harvey Baker were despicable and their prison sentences reflect the harm they did.

“The victim was subjected to verbal abuse but this was related to their perceived lifestyle and work. The motivation for the assaults was the work the victim did.

“The law gives prosecutors the power to request that judges increase the sentence when there is evidence the offender demonstrated hostility or was motivated by hostility based on a person’s disability.

“Where it exists, we won’t hesitate to put this evidence before the court.”

He added later: “For an offence to be prosecuted by the CPS as a disability hate crime and therefore get a sentence uplift there has to be evidence that the offenders demonstrated hostility or were motivated by hostility based on a disability.

“That evidence was not there in his case.”

David Wilkin, a coordinator of the Disability Hate Crime Network, said: “The inconsistencies inherent in the prosecution of hate crime are underpinned by much evidence from many victims.”

He suggested there was now a need for an “operational stipulation” that forces police officers to “process hate crime with the seriousness that it deserves”.

He pointed to the ongoing Law Commission consultation on current hate crime legislation, which could – if it produces new laws – enable prosecutors to treat hate crime “with the gravity it deserves”, and provide judges with “the clarity that will enable them to make proportional sentencing decisions”.

*Anthony Baker, aged 49, had previously pleaded guilty to requiring a person to perform forced or compulsory labour, four counts of assault occasioning actual bodily harm, unlawful wounding, and inflicting grievous bodily harm, and was sentenced to 10 years in prison and another five years on licence.

Harvey Baker, aged 19, had previously pleaded guilty to six counts of assault occasioning actual bodily harm, three of inflicting grievous bodily harm, and one of unlawful wounding, and was sentenced to six years in a young offender institution.