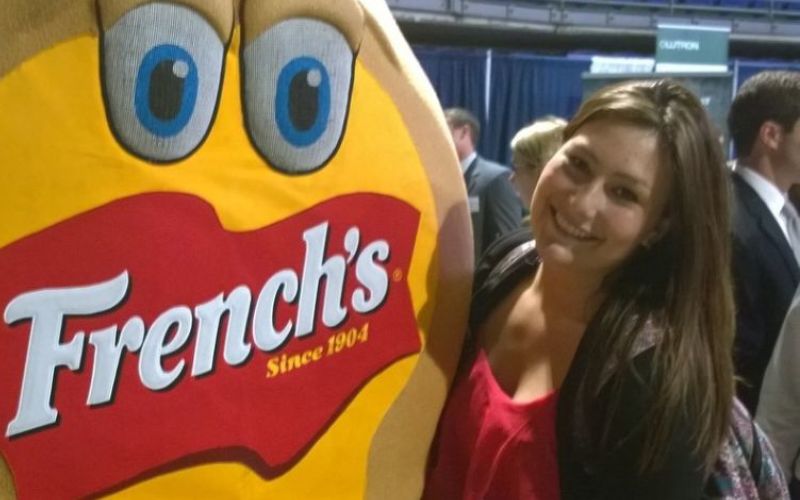 The public relations (PR) sector needs to confront its failings over the employment of disabled people, according to new research by an industry insider.

One UK PR company with more than 300 employees has admitted that it does not have a single disabled member of staff, while the latest industry survey found just two per cent of people who work in PR said they were disabled.

The research has been carried out by Ashley Phillips (pictured), who herself has an invisible impairment and worked in PR in the USA and the UK for nearly five years before beginning a masters degree in public relations and advertising at Richmond University.

She decided to write about disability in PR for her dissertation, after becoming increasingly concerned about how few disabled people were employed by the industry.

She told Disability News Service that she had never seen a single person with a visible impairment among the hundreds of professionals she had come across in her five years working in PR.

Phillips, who has type one diabetes, said the only person she met in those five years who said they had an impairment was another woman with diabetes who she had seen using an insulin pump.

Of about 83,000 people employed in the industry in 2016, just two per cent – less than 1,700 people – said they were disabled, according to the PR Census 2016 carried out by the Public Relations and Communications Association (PRCA).

As recently as 2013, PRCA’s census did not even mention disability or disabled people.

And when Phillips approached some of the best-known PR companies in the UK about her research, only one was willing to tell her how many disabled people it employed.

She was told by this company that, of more than 300 employees, not one of them was a disabled person.

She was told: “This is something we are looking into. It is a problem.”

Phillips said she realised there probably were some disabled people who worked at this company but that they were just not willing to disclose their status to their employer.

She said she hoped her research would “open the conversation” on disability within the industry.

She said she did not believe she had faced discrimination in the industry but believed there was “a lot of misunderstanding”.

She said: “I think disability is considered a large taboo and people don’t know how to handle it, so they don’t.

“I haven’t looked into other industries but I do feel [members of the PR industry] are behind in regards to how the world is moving.”

When she first met her soon-to-be husband (she is getting married next month), when she told him she worked in PR, he replied, “Oh, you’re one of those.”

She said: “This was the first encounter I had of specific stigmas associated with PR – that often everyone in the industry was a considered to be a typical Sex And The City Samantha Jones.

“However, that conversation opened my eyes to noticing who my colleges were on a day-to-day basis – mostly young, white, middle-to-upper class and predominantly female.”

She added: “This is not 100 per cent of the industry, they are opening diversity efforts, but everybody strives to be that perfect person and that ideal industry figure.”

She said she believed that those at chief executive level were showing a “blatant disregard” for the issue, while executives at lower levels were guilty of “a lack of understanding”.

She added: “From access to awareness, the industry can make many changes to recruit the nearly untouched pool of potential talent.

“By spreading awareness of the lack of disability inclusivity in PR I hope to open the conversation and help make people with disabilities an inclusive part of the industry.”

When contacted about Phillips’ research, PRCA accepted that there was “a general lack of understanding of disability in the industry”, but pointed out that the 2016 census also revealed that 78 per cent of all respondents suggested there were no significant obstacles to their organisation employing disabled people.

Matt Cartmell, PRCA’s communications, marketing and events director, said: “The small numbers of disabled people in the PR and communications industry is certainly a concern but it may have to do more with a lack of understanding of what disability is and the stigma surrounding disability than employers not accommodating employees with disability.”

He said a PRCA survey had revealed in May that nearly three-fifths of PR and communications professionals had experienced mental ill-health, while a slightly higher proportion had never spoken to their manager about their mental health.

He said there was often a limited understanding of mental ill-health, which was “concerning because the industry itself is fast-paced and the ‘always on’ mentality means that employees can suffer from anxiety disorders, stress, or the workplace can exacerbate existing mental health conditions such as depression”.

Cartmell said: “The industry isn’t necessarily behind society on the issue of disability.

“While the stigma surrounding disability certainly exists and the industry has struggled with hiring more diverse candidates, there are several examples of organisations that are making employee wellbeing and diversity the key focus of their business.

“The industry is increasingly aware that there is a strong moral and business case for increasing diversity in the workplace and accommodating employees with disabilities.

“PRCA is committed to raising awareness about disability, diversity, and mental ill health and we have found that a lot of PR and communications practitioners are engaged in this debate.”

He added: “We have seen that a lot of members and organisations in the wider industry are introducing unconscious bias training in their recruitment practices.

“More importantly, we have seen that organisations are talking about disability and implementing policies to accommodate disabled employees.” 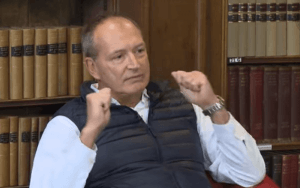