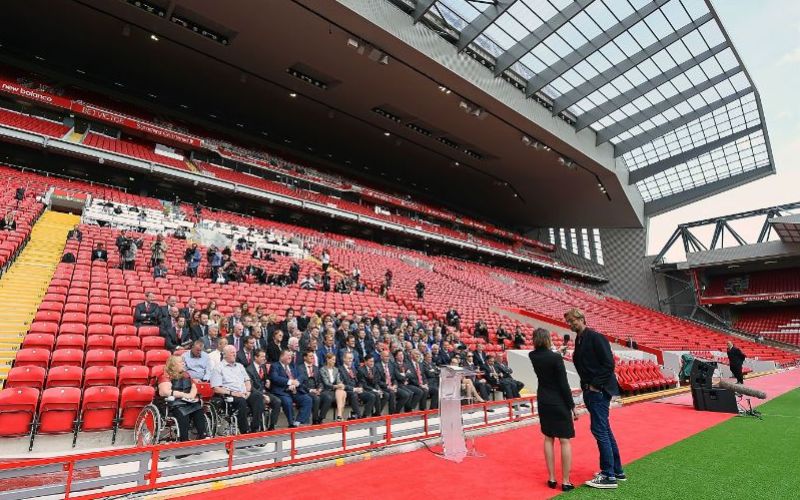 Football’s Premier League will break a pledge that all of its stadiums would be accessible to disabled football fans by next August, despite its clubs spending more than a billion pounds on player transfers this summer.

The Premier League, the governing body for the top 20 club sides in England and Wales, delivered a high-profile pledge last year that every one of its members would meet strict access standards by August 2017.

But peers heard last week that seven Premier League clubs were set to break the pledge to meet standards laid out in guidance 12 years ago in The Accessible Stadia Guide (ASG).

And today (Thursday), the Equality and Human Rights Commission (EHRC) revealed that the Premier League had acknowledged in meetings that many clubs would miss the August deadline.

“We are now at half-time, and for many teams, the performance is simply unacceptable.

“Football teams are legally obliged under the Equality Act to ensure disabled fans are not disadvantaged.

“Where it is found that little or no progress has been made toward improving accessibility, we will consider using all our strong legal powers to ensure compliance; all options are on the table.

“We will be writing to each club to ensure they do not go back on their commitment given last year, and we will be receiving a report every six months from the Premier League on progress being made.”

He added: “The English Premier League is the richest league in the world; in a year when club signings are reaching stratospheric levels, Premiership clubs simply cannot continue to leave disabled fans by the sidelines.”

Joyce Cook, chair of the disabled supporters’ charity Level Playing Field, said there had been improvements by some clubs.

She said: “Just like last season on the pitch, champions Leicester City are leading the way, while many other teams such as Manchester United have shown clear commitment towards reaching the ASG standards of accessibility by next year.”

But she told Disability News Service (DNS): “It is quite simply time for Premier League clubs to do the right thing by its disabled fans.

“You made us a promise and we are now counting on you to stay true to your words.

“All we want is the right to follow the game we love – surely that is not too much to ask of some of the richest clubs in the world.”

The Premier League’s promise to act on access – following a series of embarrassing media reports into the discrimination faced by disabled supporters – was welcomed last year as a “huge achievement” by the minister for disabled people, Justin Tomlinson.

The Premier League also promised to deliver a progress report to the government by July this year.

But Home Office minister Baroness Williams admitted last week that the government was “disappointed” by the progress report it had now received from the Premier League and would be asking for “a far more detailed report, giving a club-by-club breakdown”.

Tomlinson, who has since been sacked, had promised that the government would publish the report.

This week, nearly two months after the report was sent to his successor, Penny Mordaunt, the Department for Work and Pensions said it did not yet have a publication date and “can’t yet comment on the contents”.

He said he had been told that the progress report “says very little and contains no detail about the real progress at each club”.

He told fellow peers last week: “The excuses being put forward by clubs as to why they will not meet this are, frankly, unacceptable.”

Last weekend, Liverpool opened its new main stand, which it says is “one of the largest all seater single stands in European football” and features “premium facilities for fans inside the stand”.

He said Watford “seems to be removing disabled fans’ seats at a time when we should be seeing an increase”, while Crystal Palace “believes that it needs only to come up with a plan by August 2017”, rather than comply with the access guidelines.

He said: “It is more than 20 years since the introduction of [the Disability Discrimination Act]: it is law that they are required to provide that accommodation, and it is disgraceful that they have not done so.”

And he said it was “clear that the Premier League appears to have no intention to penalise or sanction clubs that do not meet the pledge”.

Cook said today that some of the most “shocking” concerns were around the availability of wheelchair-accessible seating at West Ham United, even though the club has this season moved into the stadium which hosted the opening and closing ceremonies, and athletics, at the London 2012 Olympic and Paralympic Games, and was widely-praised at the time for its access.

She added: “With the Paralympic Games taking place currently in Rio, how can we talk of the positive legacy of London 2012 for disabled people in the UK when even the Olympic Stadium will no longer be fully accessible? It truly beggars belief.”

A Premier League spokesman told DNS that the report it sent to the government “gave a general progress update without naming individual clubs”.

He said: “We are not currently able to say what the situation will be in 11 months’ time.

“Clubs are aware of the commitments they made and are working hard to improve disabled access in a variety of ways.

“Clubs are working hard to improve their disabled access provisions at stadia and will continue to do so in the coming months and years.”

When asked whether the Premier League would punish clubs that did not meet the pledge, he said: “We are not able to second guess what the position will be in August 2017.

“Each club’s situation will be carefully considered at that time.”

A spokesman for Watford said: “Watford Football Club is very confident in its ability to be fully compliant with the Accessible Stadia Guide by August 2017.

“The club has worked and continues to work very hard to ensure that its stadium facilities can be enjoyed by all supporters visiting Vicarage Road.

“We are fully focused upon delivering our part of the Premier League’s public commitment.”

A Crystal Palace spokeswoman said: “Crystal Palace Football Club are fully aware of their obligations to meet the requirements of the Accessible Stadia Guide (ASG) and the deadline of August 2017.

“The club has met with architects, is working diligently on all aspects of the ASG and will continue to do so over the coming months.

“We have recently appointed a disability liaison officer who is maintaining regular contact with [the club’s disabled supporters’ association] and Level Playing Field and will work closely with them on this matter.”

West Ham United and Liverpool had not commented by 11am today (15 September).