You are here: Home / Benefits and Poverty / Regulator pressure forces DWP to admit: One million ESA claimants will lose out under UC

The Department for Work and Pensions (DWP) has bowed to pressure from a regulator and finally published figures proving that at least one million disabled people will eventually be left worse off through the move to universal credit.

Disability News Service (DNS) has been trying since October 2019 to secure updated figures that would show how many disabled people would lose out in the move to the new working-age, income-related benefit system.

On 31 March, the information commissioner ruled against DWP’s attempt to brand DNS “vexatious” for trying to secure the figures.

Now, less than a month later, ministers have published a report that includes the figures DNS has been trying to obtain for nearly three years.

Ministers such as Justin Tomlinson, the former minister for disabled people, and work and pensions secretary Therese Coffey have repeatedly claimed that around one million disabled households will receive a higher entitlement under universal credit (UC) than they would have received under their previous “legacy” benefits.

But every time they repeated the figure, they failed to say how many disabled households were expected to receive a lower entitlement under UC.

The most recent DWP equality impact assessment, published in November 2011, suggested that the number of disabled households gaining financially from UC would be at least matched by the number losing out, with disabled people who were out of work particularly likely to lose out.

This week’s report confirms that assessment, and it concludes that just as many claimants of employment and support allowance (ESA) – the out-of-work disability benefit – will eventually lose out as will gain from the move across to UC once its rollout is complete.

DWP also confirmed this week that about 2.6 million households who currently still remain on legacy benefits such as ESA, jobseeker’s allowance and tax credits will be claiming UC instead – or will have left the benefits system – by the end of 2024.

Many will have to claim UC when their circumstances change – through a process known as natural migration – while others may choose to make the move themselves (voluntary migration) if they believe they will be better off by doing so.

But hundreds of thousands of other claimants will have to be “managed” onto UC by DWP.

This final group will be eligible for “transitional protection”, which means that those who would otherwise lose out financially to UC will receive the same cash amount they previously received under legacy benefits.

But any subsequent increase in UC, apart from the childcare element – including at the start of every financial year in April, when a claimant’s benefits would otherwise have increased by the rate of inflation – will lead to a reduction in this transitional protection by the same amount.

The transitional protection could even end altogether with certain changes of circumstances.

This “erosion” of transitional protection is likely to be particularly significant next year because of the current high rate of inflation.

It means that – assuming inflation stays above zero – all those receiving transitional protection will eventually be left worse off than if they had remained on their legacy benefits.

This week’s figures show that of about 1.2 million remaining ESA claimants in April 2022, an estimated 600,000 will be better off on UC, but about 500,000 will eventually be worse off, despite any transitional protection they receive.

Those among the 500,000 who will initially benefit from transitional protection will eventually lose all that extra support, and all of them will be left worse off under UC within the first year, because of inflation.

It also shows that, once the rollout of UC has been completed in 2024, about one million claimants will have lost out compared to the benefits they would have received if UC had not been introduced and they had received ESA instead – once any transitional protections have eroded – while about one million will have gained.

This suggests that when ministers repeatedly claimed that about one million disabled households would receive a higher entitlement under UC than they would have received under the previous “legacy” benefits system, they knew that many would also lose out, but chose not to disclose that information.

This suggests that ministers such as Therese Coffey and Justin Tomlinson repeatedly misled parliament.

A DWP spokesperson refused to say why it had taken so long to produce new figures showing how many disabled claimants will lose out from the move to UC, rather than just the number who will gain.

He also refused to say why ministers had misled parliament by only stating that a million disabled households would gain financially from the move to UC.

Asked what ministers’ message was to the hundreds of thousands of disabled people who are already facing a cost-of-living crisis and will lose out even more through the UC managed migration process, he refused to comment.

Instead, he pointed to a DWP press release, in which Coffey said: “Over five million people are already supported by universal credit.

“It is a dynamic system which adjusts as people earn more or indeed less, and simplifies our safety net for those who cannot work.

“Parliament voted to end the complex web of six legacy benefits in 2012, and as this work approaches its conclusion we are fully transitioning to a modern benefit, suited to the 21st century.” 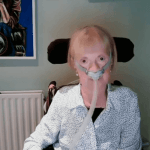 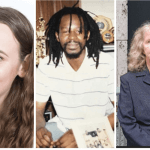 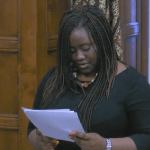 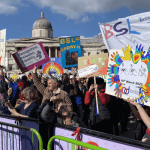 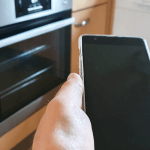 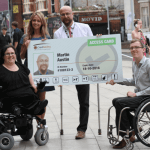