You are here: Home / Politics / Renovations to Houses of Parliament ‘must provide step change in access’ 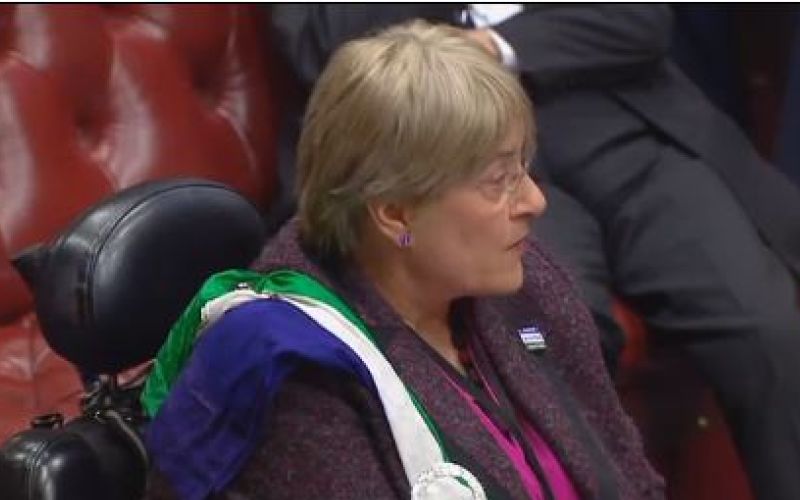 A disabled peer has told the House of Lords that plans for a major “restoration and renewal” of the Houses of Parliament must ensure a “step change” in the provision of disability access in a building that can be “extremely unwelcoming” to disabled people.

Baroness [Sal] Brinton, president of the Liberal Democrats and a wheelchair-user herself, said the newly-restored palace “will have failed” if it was not “truly accessible” to all disabled people.

She said that the building itself – and a “wider, unconscious cultural attitude” – can make the Houses of Parliament “extremely unwelcoming to disabled parliamentarians, staff and visitors”.

Members of the House of Lords were discussing long-delayed plans to renovate the Palace of Westminster, which will eventually see MPs and peers move out and work in separate buildings nearby in Westminster – probably soon after 2025 – while a major programme of repairs takes place over a number of years.

Last week, MPs voted to approve the plan, and this week peers agreed to this “full and timely decant” to nearby buildings while the work takes place, and that the renovation should ensure “full access for people with disabilities”.

Problems include major fire risks, pipes and cables “decades past their lifespan”, and a “huge amount of asbestos” in the building – which is a royal palace and a UNESCO World Heritage Site – according to the Tory leader of the House of Lords, Baroness Evans of Bowes Park.

Baroness Brinton (pictured) said that MPs and peers who use wheelchairs do not have the same “rights and experience” as their non-disabled colleagues.

She said: “A parliamentarian in a wheelchair cannot sit with their party or group in either the Commons or the Lords.

“Our Lords’ mobility bench behind the clerks in front of the cross benches, has three spaces, so when five or six of us want to speak we cannot stay in our place for the rest of the debate.

“Worse, if the chamber is full, we cannot even manoeuvre around after speaking to let another colleague move in.

“Even worse, the Commons does not even have a mobility bench.”

Baroness Brinton also revealed that wheelchair-users are not able to access parts of the corridors used by ministers in the House of Commons.

She pointed out that there are no self-opening doors in the building, and that some of the accessible toilets are “too small, cluttered with bins, and the red alarm cords are often in the wrong place and tied up, which makes their use impossible”.

She also said that many of the ramps in the building have “no wheelchair” signs placed on them because they are too steep for wheelchair-users to use.

Another disabled peer, the former Conservative minister Lord Blencathra, said: “I could add a whole chapter of horrors and, indeed, humiliations about the difficulties of getting around this place in a wheelchair.”

The Liberal Democrat disabled peer Lord Addington said: “We have to get on and do this because we have a duty of care to everybody who works here and to the building.”

He said he believed that moving peers and MPs out of the building should take place sooner than 2025.

The disabled Labour peer, Lord [David] Blunkett, said he was pleased that the motion they were debating “recognises the importance of accessibility for visitors with disabilities and special needs, although that is also true of those working in the Palace of Westminster and will be in the future”.

Another Labour peer, Lord Carter of Coles, said access to the building for disabled people was “a disgrace and we should correct it”.

He added: “We should create a building that represents our values and, more importantly, our aspirations.”

Baroness Doocey, a Liberal Democrat, said the renovations should “go much further than the minimum standards” on access.

She said: “We should make it as easy as possible for every member of the public, regardless of their disability, to come to parliament and, crucially, to feel happy and comfortable when they come here.”

Labour’s Baroness Smith of Basildon, shadow leader of the Lords, added: “We have an opportunity to ensure that parliament abides by the laws that we pass but do not follow regarding disability.”

A Conservative peer, Baroness Bloomfield, told the debate that, after touring the basement of the building last week, she was “amazed that health and safety regulations allow any of us to occupy any part of this estate at any time.

“The threat of a catastrophic failure in this parliament reflects the hideous possibility that a fire within this building, which has the same ventilation construction as the Mackintosh building in Glasgow and the same risks that attach to that system, could indeed cause major damage, potential death and the destruction of historic art and documents on a quite grotesque scale.”

Baroness Evans assured Baroness Brinton and other peers who had raised the need to address access issues that “a major element of the proposed works will include significantly improving disabled access in the palace, which does not currently meet modern standards”.

And she said that Baroness Brinton had “rightly raised some important issues which need to be looked at”.